Sardinia and the Sardes

London 1889
Richard Bentley And Son. Pubblishers in Ordinary to Her Majesty the Queen 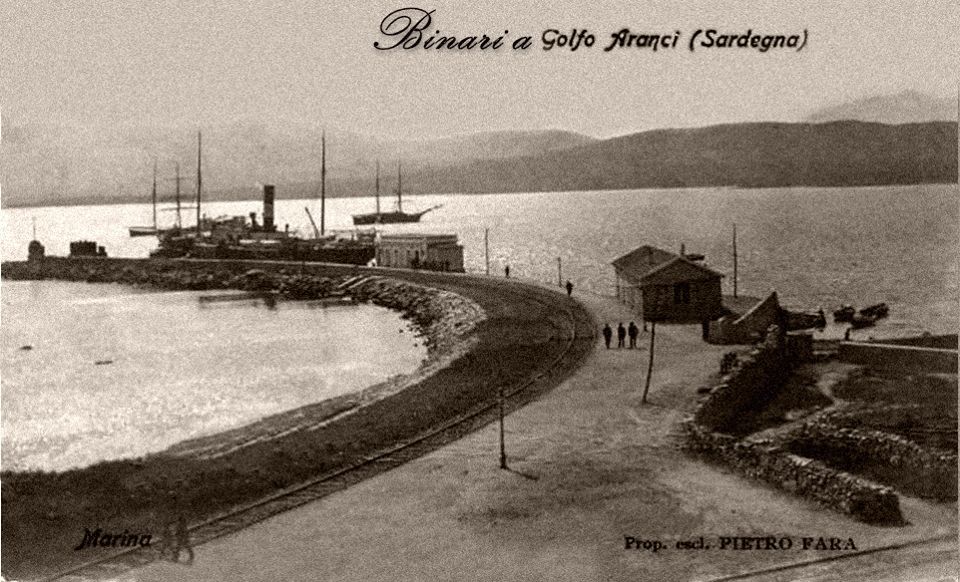 It was in the last hour of a wet May night that I landed from the little mail-packet in the Golfo Aranci, on the north-east of Sardinia. The boat plies daily between Italy and the isle, steaming from the mainland into the red glow of the declining sun, and arriving ten or twelve hours after she starts. I believe she is seldom overbundened with passengers.

A voyage of twelve hours is a serious undertaking to the average Italian, who, moreover, if he knows anything at all about Sardinia, imagines that it is a country of barbarians (latrunculi mastrucati) and that amid its wild wastes he will find no cafés, with chairs set in the sun, and the like concession to his dissolute tastes. […] 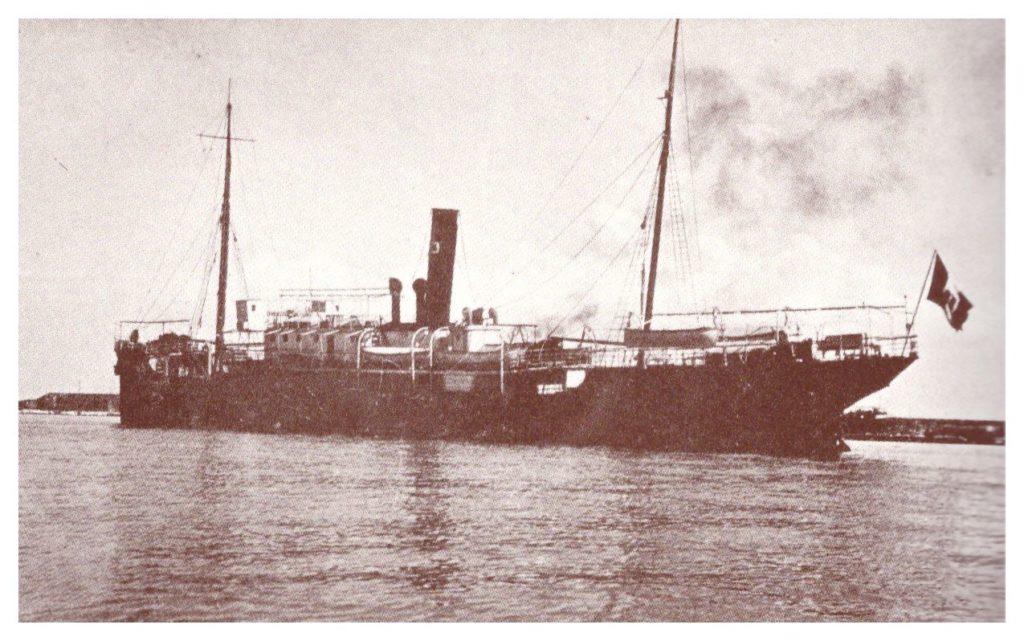 At four in the morning, however, we stood still in the gloom of the Sardinian offing and a solid downpour of rain. But the heavens above were not all rain-laden.

Between the swelling black cloud-masses which broke one after the other upon us, the greater stars shone like mild moons. Their radiance showed us the oily ripple of the water, and urged us to guess dimly at the phantasmal shapes of the hilly promontories which grip the Aranci Gulf like the curves of a forceps.

But the fullest assurance of our nearness to land struck through the sense of smell. There was a ravishing perfume of sweet herbs, over and above the tang of the salt sea. This scent strengthened as we rowed in a little boat to the railway embankment, which also serves as the pier of the Golfo Aranci. 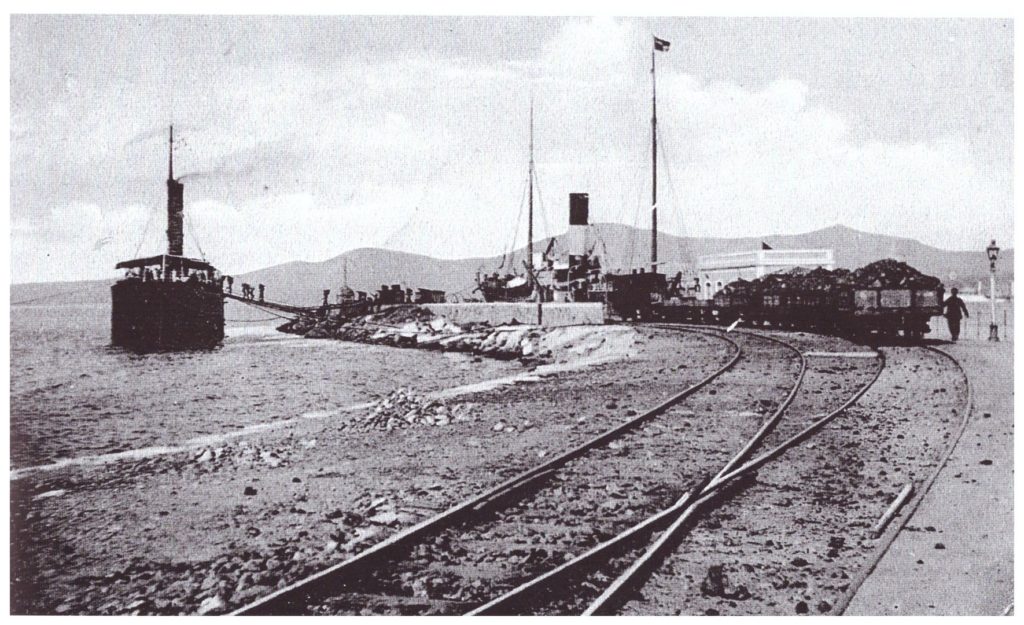 And the grey dawnlight, which by this had glimmered forth enough lustre for the perception of sundry small boys gliding along the line of the shore, a white house or two, and the steaming engine of a short train, also disclosed the tangle of wild thyme, lavender, tall thistels with pale blue flowers, cistus, and mint, which beset the stony slopes upon which we stepped from the boat.

Gorse added to the sweetness of the air. I could have fancied myseld in Kerry. And the abrupt and impudent way in which these Sarde lads seized upon my luggage was also remindful of Ireland and its manners. 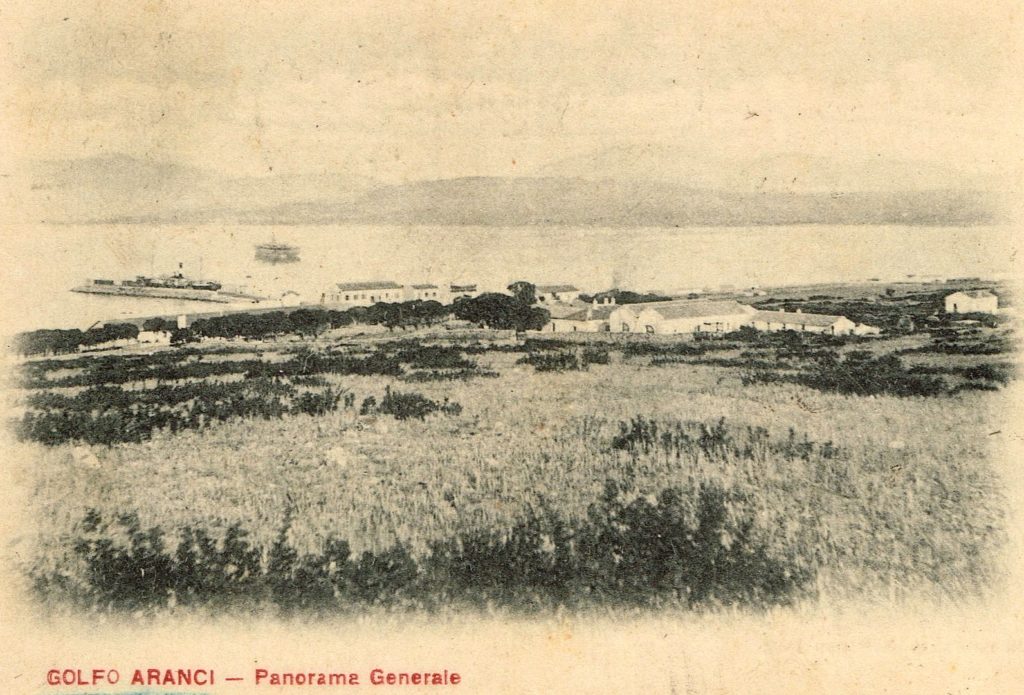 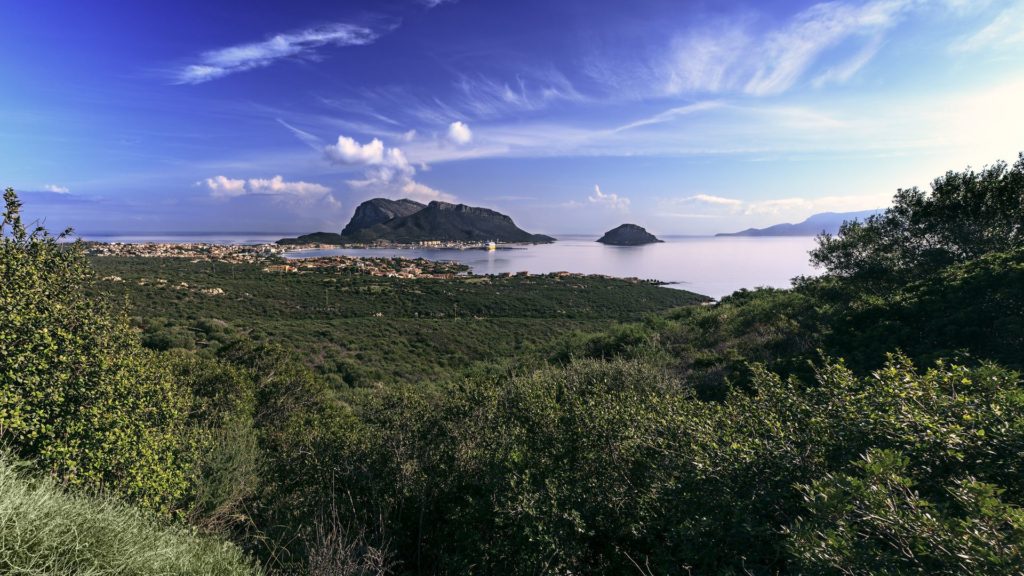 In spite of its puffings, and the long journey that was before it, the train was in no hurry to leave the Aranci Gulf. For an hour and a half it tarried, shunting and sliding to and fro upon the slippery rails. By this time the eastern sky had taken a crimson tint, and it was full day. There was no sun. The clouds were predominant, and they hung low upon the grey granite hills and cliffs round about the bay. […] 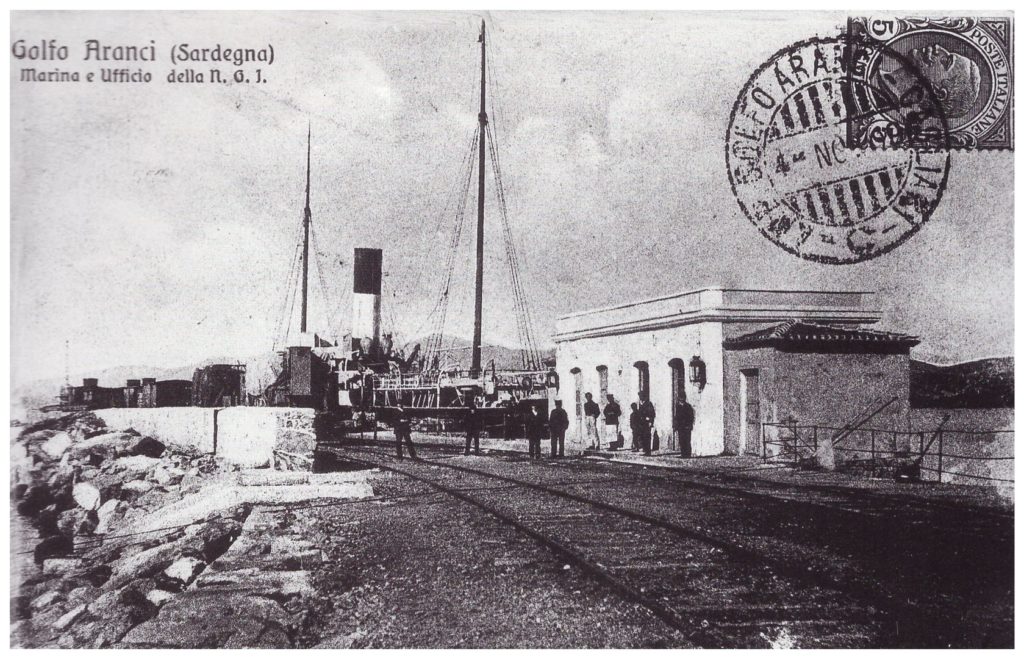 This north-east district of Sardinia is a wild unbroken land. Since first it began to clothe itself with herbage, no one has disturbed it until, a year or two ago, the railway was scratched in the heart of it, that Cagliari might receive her letters from Rome a little sooner than theretofore.

The granite rocks do not tempt agriculturists. The two or three white body of the railway station, set in a balmy garden, red to distraction with flowering geraniums, do but help to emphasize the solitudes of Golfo Aranci, Sardinia’s northern terminus.