THE STRAITS OF BONIFACIO 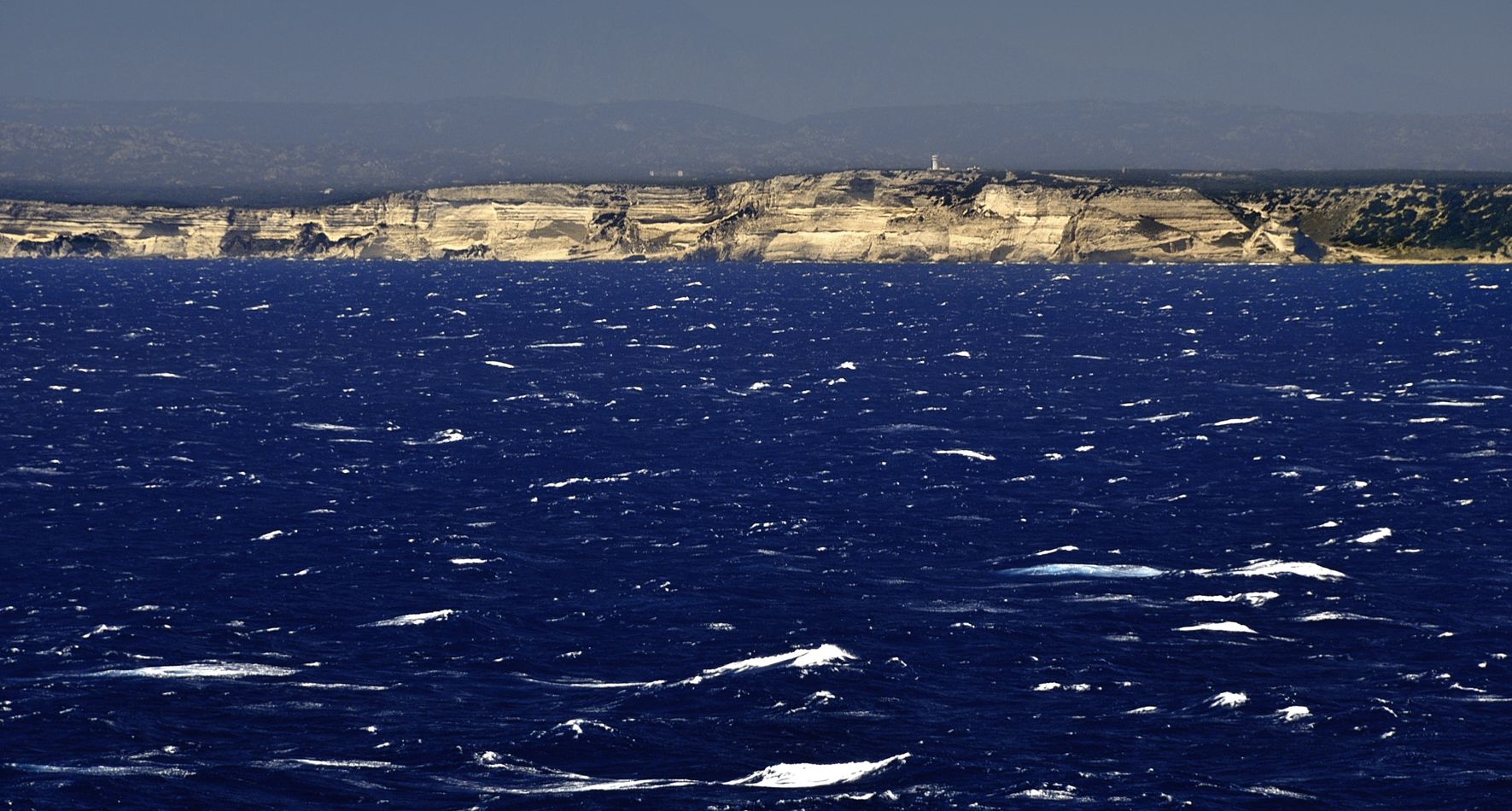 Before speaking of La Madalena, it may be as well to take a slight survey of the coast and the adjacent islands.

The straits of Bonifacio were known to the Greeks by the name of Taphros, and to the Romans as the Fossa Fretum, from its being a deep trench between Corsica and Sardinia; but the similar granitic formation of the southern coast of Corsica, of the northern coast of Gallura, and of the intermediate group of islands, is an evidence that they were once all united.

So little were these islands thought of, that it was only about the year 1760 that the French and Sardinian governments agreed to send joint arbitrators to determine their possession; and it was done by taking a visual line from east to west equidistant between Capo Lo Sprono, in Corsica, and Capo Falcone in Sardinia; all on the north of the line being adjudicated to the former, and all south of it to the latter. The distance between the two Capes is about ten miles. 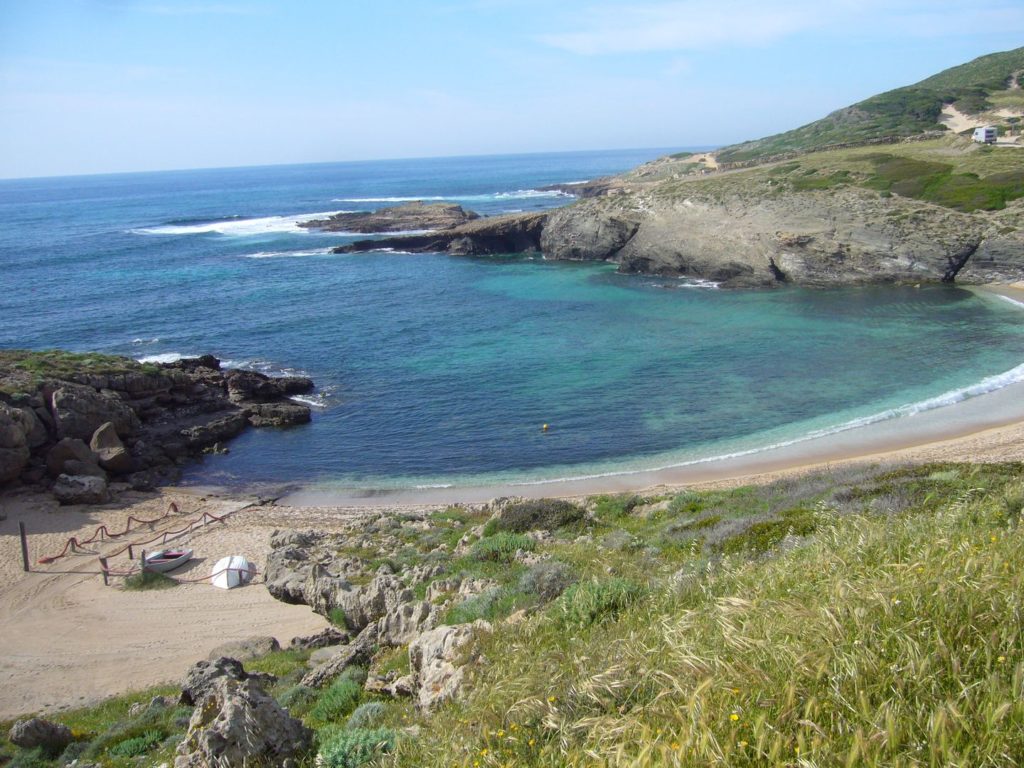 Among the many hydrographical surveys of the coast, those of the Hon. Captain Finch, in 1788, two made by Captain Ryves, in 1802 and 1803, and corrected by Lord Nelson, were the earliest of any importance, and it was from this latter that the chart in the Hydrographic Office, dated February, 1804, was made. Another was subsequently undertaken by Captain Hurd.

Captain Smyth, in his chart of 1827, does not indicate all the positions by name, however exact he may have been in his soundings and outlines.

The French map of the Island of Corsica, by Captain Hill, published at Paris at the Depot general de la Marine in 1831, comprehends in it this part of the northern coast of Sardinia, and next to that, by La Marmora, is by far the clearest and most detailed.

Agincourt sound, or as it is otherwise called, and perhaps better known, Mezzo Schiffo, is sheltered by the islands of Sparagi, La Madalena, St. Stefano, and Caprera, and stands south-west of the town of La Madalena.

The Arsachena sound to the south-east of Agincourt, is not considered as good a roadstead, the former having twenty-one and the latter not above six-teen to eighteen fathoms; but in both places there is an abundance of wood and excellent fresh water.

The N. W. winds prevail three quarters of the year in the Straits of Bonifacio, and are at times dangerous from their violence and suddenness, and the current then runs from two to three and a half knots.

I passed through the straits during one of these squalls, and, to quote the words of Lord Nelson under similar circumstances, “It looked tremendous from the number of rocks, and the heavy seas breaking over them, but it is perfectly safe when once known”. 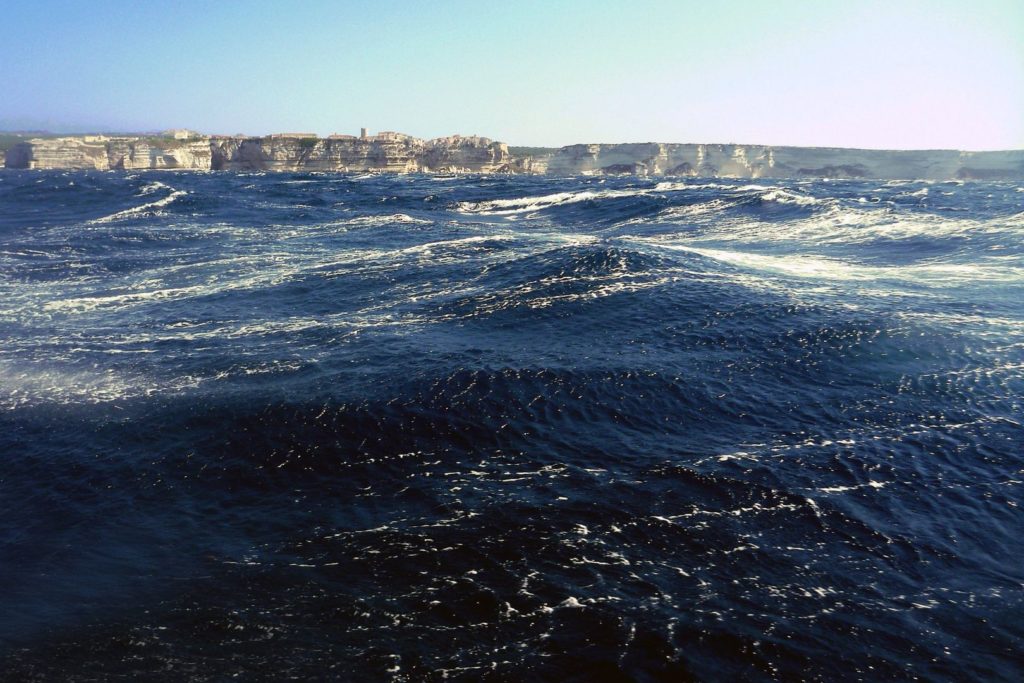 Coll. of the Municipal Historical Archives of Santa Teresa