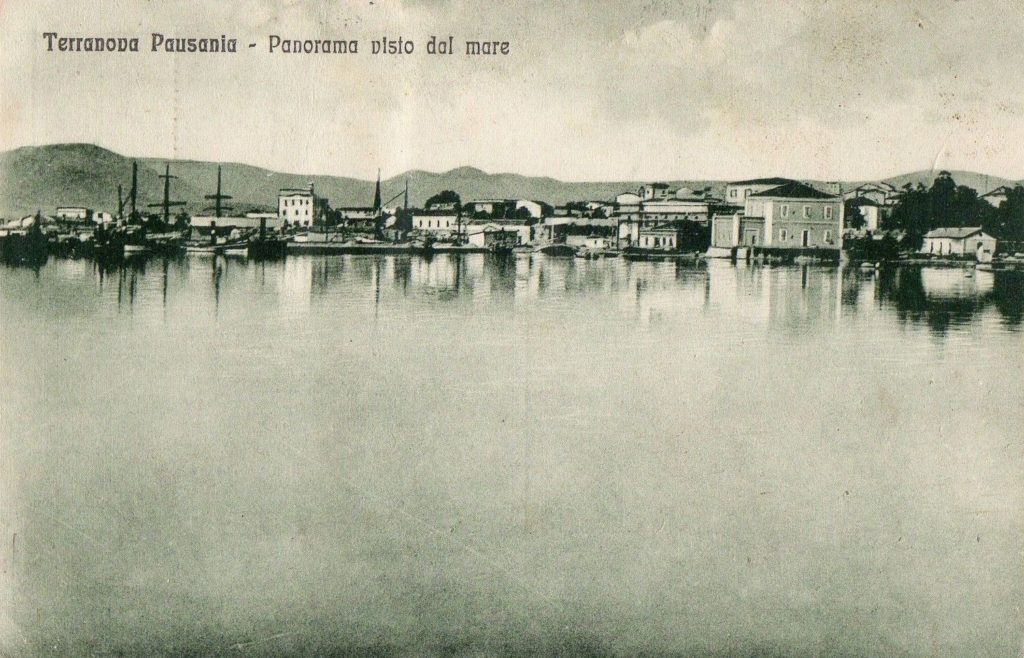 The harbour of Terranova, the Olbianus portus of Ptolemy, is a fine expanse of water, with sufficient depth for a powerful navy to ride in perfect security; but its entrance was choked up in the wars between the Pisans and Genoese, and though re-opening the channel might better the condition of all the N.E. portion of Sardinia, it has hitherto been neglected. The bar across the entrance runs from the northern shore to a small islet on the southern, and is, in every part, impassable for boats, wherefore the only channel is between this islet and the main. 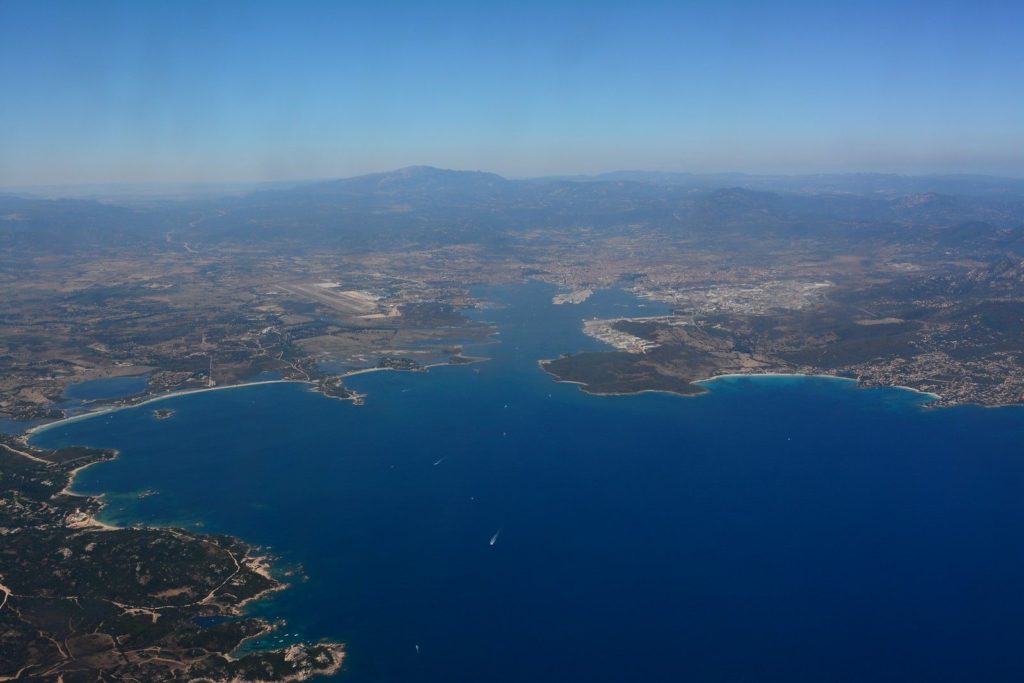 From the sea, Terranova is marked by its solitary belfry, has a mean aspect, and the whole country, though beautifully diversified with hill and dale, looks dreary and deserted. On passing the line of rocks that stretches into the middle of the port, like a vast mole, and landing on a shallow beach, the disagreeable impression is confirmed by the unpaved streets and lanes teeming with filth of every nature; whilst the low gloomy houses of red granite, with their sooty interiors, seem to stamp it as the abode of infamy and misery.

The best building is the church of St. Simplicius, a Pisan edifice outside the town, just below which is a constant supply of excellent water. 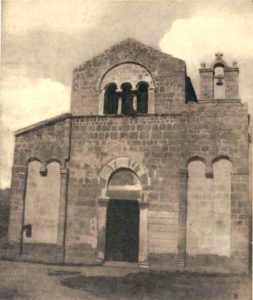 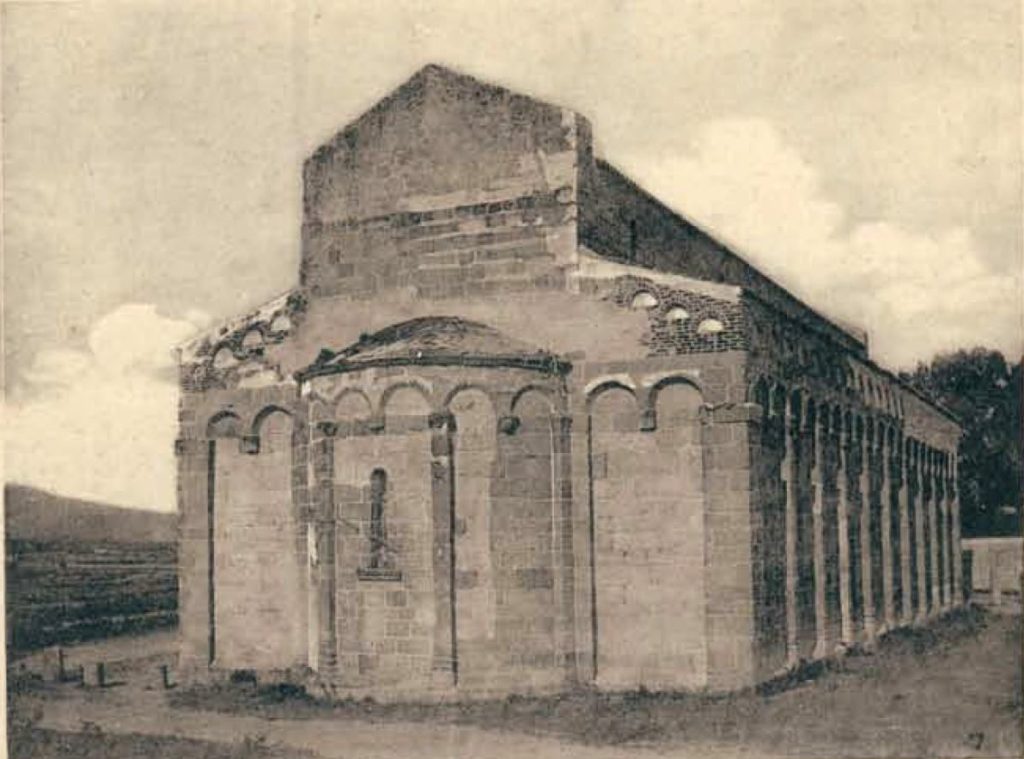 The inhabitants are rather tall, strong, active, and well proportioned; they have, in general, long faces, dark heavy eye-brows, and small black eyes. They rarely look a person directly in the face, but view him askance; they never fail to shake hands when they meet, yet during the ceremony each looks over his left shoulder, and they remain with their faces directed to opposite parts, during the whole conversation.

Nor is any town in Europe disgraced by a more bloodthirsty set of miscreants; the life of a fellow-creature is considered so trifling an object, that on becoming in any degree burthensome, he is dispatched without ceremony or comment. […] 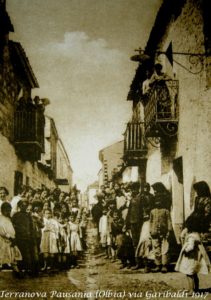 The port is nearly surrounded by a vast plain, of great capability of culture, watered by many streams; of which the principal, called Padroggianu, runs southward from the hills, and enters the harbour by several mouths, forming a number of marshy islets, the shores of which abound with fine cockles. 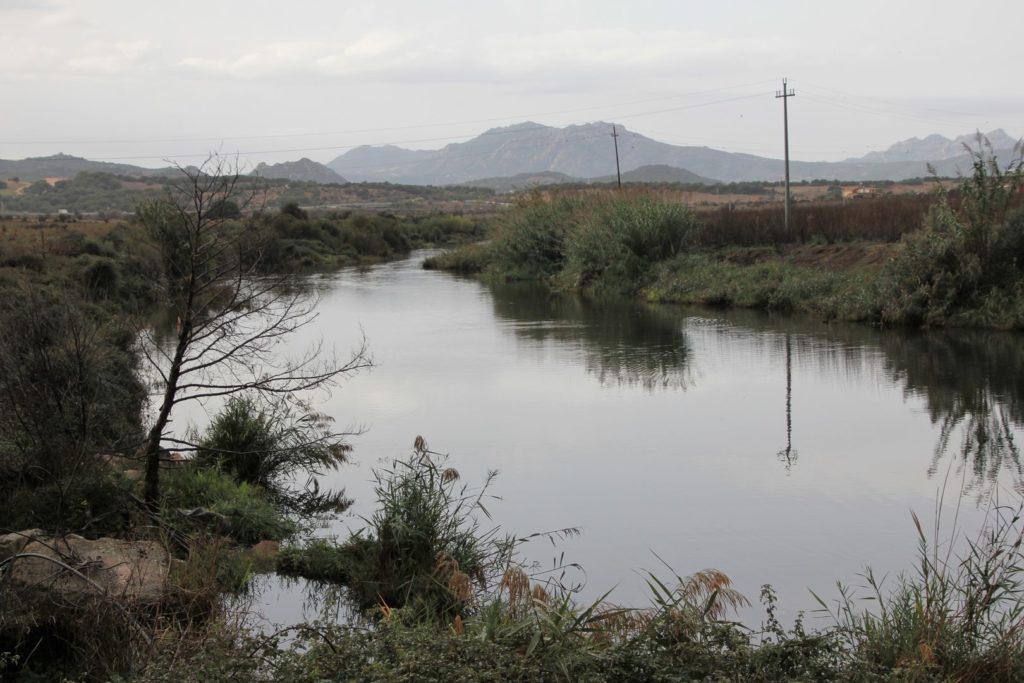 On a hill S.W. of the town, is the castle of Pedroso, one of the fifty mentioned by Fara, as existing in the fourteenth and fifteenth centuries, on the most commanding isolated peaks of Sardinia. To the N. is Monte Pino, about 1900 feet high, thus named from its pine-trees, being almost the only spot in the island where they are met with. There are many vestiges of the ancient Olbia, a name derived, I presume, rather from the richness of the soil, than from the happiness of the natives; the “intemperie” probably being as fatal in the days of Cicero’s brother, as at present, though the land may have been under a better system of cultivation. 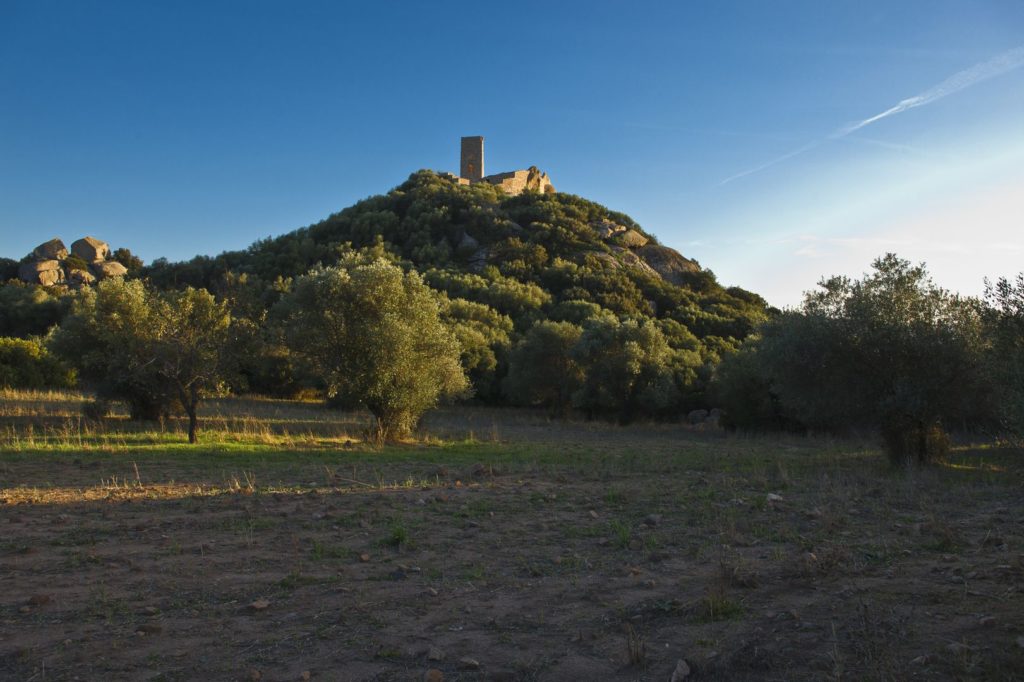 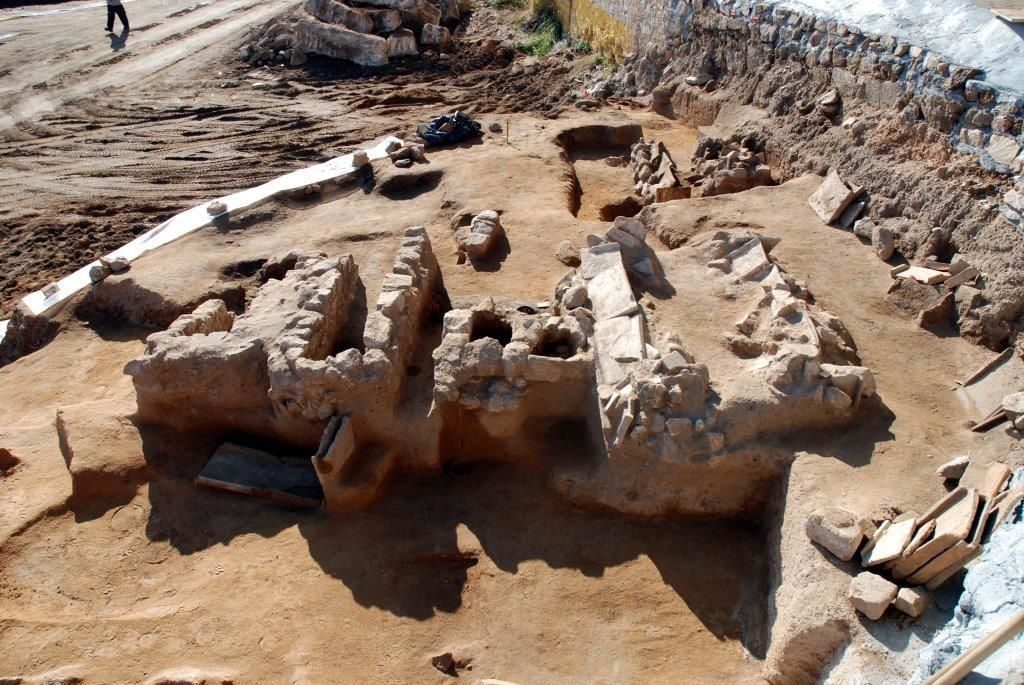 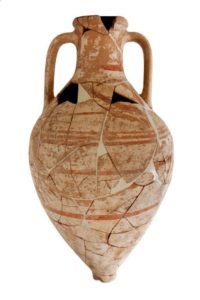 Olbia was repaired during the middle ages, and had a temporary prosperity under the name of Phausania, when the episcopal see was re-established by order of Gregory the Great. Amphorae, medals, and other articles of antiquity are occasionally discovered; and I procured a very handsome marble sarcophagus, that had been recently discovered by excavation.

In 1710, Terranova was occupied by a detachment from the army commanded by the Duke of Tursis; but both the troops, and the four settees that brought them from Corsica, were captured by Admiral Norris and General Brown, in the month of June, of the same year.

Owing to the defects of Terranova, small coasters often anchor, with land-winds, at the islet in Porto Vitello, a deep cove between Cape Ceraso and the bar; but large ships usually bring up in twelve or fourteen fathoms, at l’Aranci, a bay under Cape Figari, the Columbarium of Ptolemy. Here vessels lie nearly landlocked, Tavolara streching across the bay to the southward, so tabled and steep, as to resemble a huge wall. 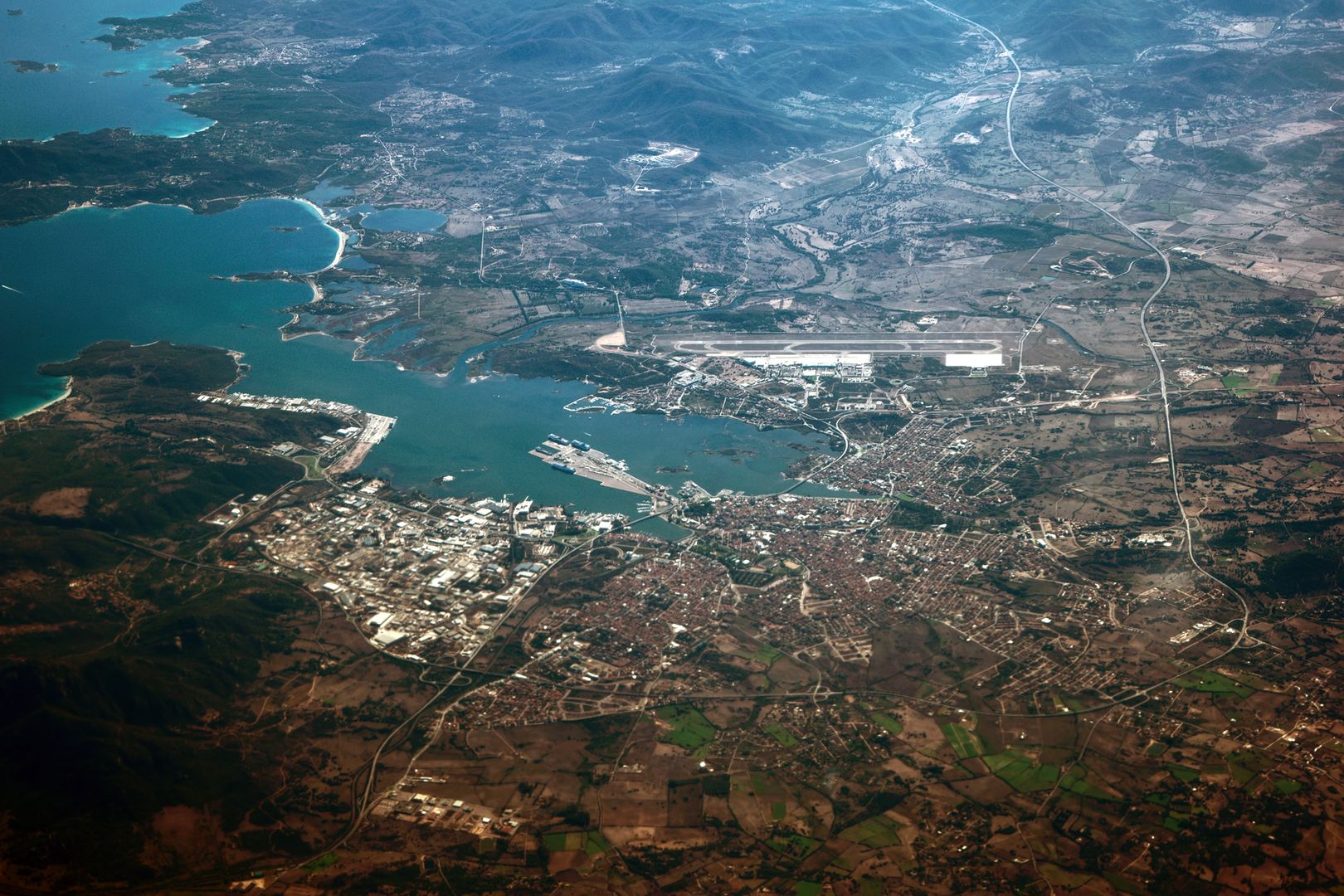