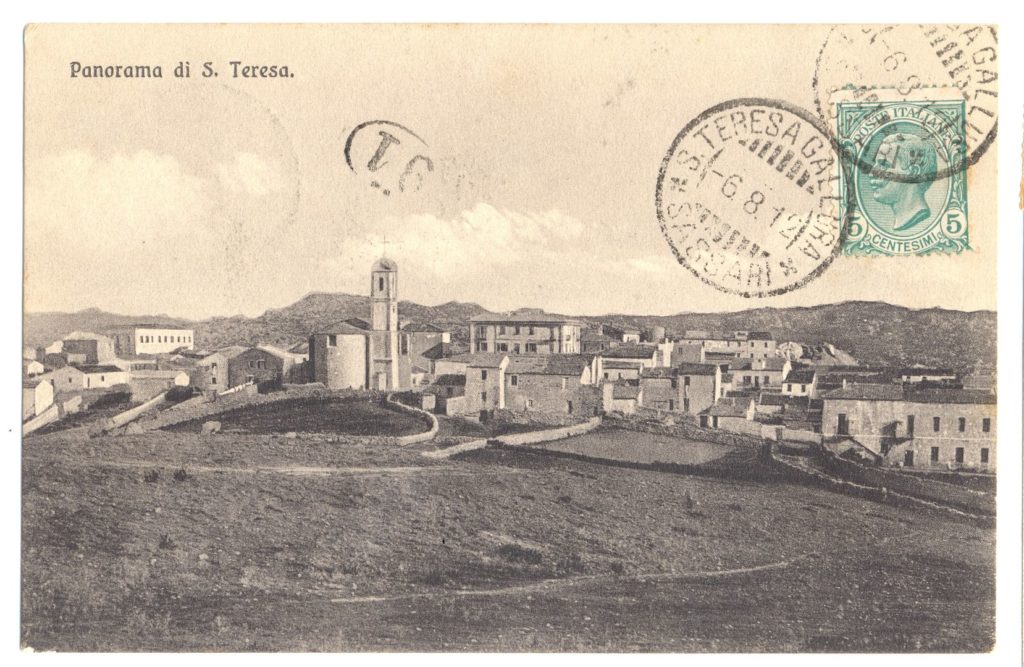 The small and poor port of Longone has lost all its former interest and importance. Its population, amounting to nearly 900, is composed mostly of viandanti and fishermen, the latter of whom find that the contraband trade gives a more valuable return than their nets.

Early in the fourteenth century the Aragonese placed a colony here, and built the castle of Longone on the side of the harbour at the extreme west end of the Monte Caresi. The remains shew an irregularity of construction; most of its sides, about 200 feet long, having been built according to the natural inclination of the ground, while the part towards the harbour takes the form of an arc of about 75°.

The first mention made of this castle is in 1388, when it was claimed by the Giudicessa Eleonora, on her victory in conjunction with the Gallurese, over the Aragonese. It is stated to have remained in the possession of the King of Aragon, though the Longonese affirm that a stone formerly existed in the castle on which, with other words, was engraved the name of Eleonora; and that the Ulese carried it off to La Madalena.

In 1391 a fresh Aragonese colony arrived at Longone, and occupied it till 1410, though constantly besieged and the scene of many severe conflicts. In that year Cassiano Doria, then lord of Castel Genovese, joined Artaldo di Alagon in blockading it, and eventually obliged the inhabitants to capitulate. The Aragonese, alarmed at their loss, – for at this period Longone was a very important stronghold, and place of commerce, – resolved on its recovery; but though Alfonso regained possession of it in 1420, it was taken two years afterwards by Francesco Spinola, who sacked it and carried off an immense booty to Genoa.

Alfonso having subsequently made himself master of it, to prevent a recurrence of these attacks ordered the castle and fortifications to be demolished. This was done in 1433, leaving only what is visible at the present day. 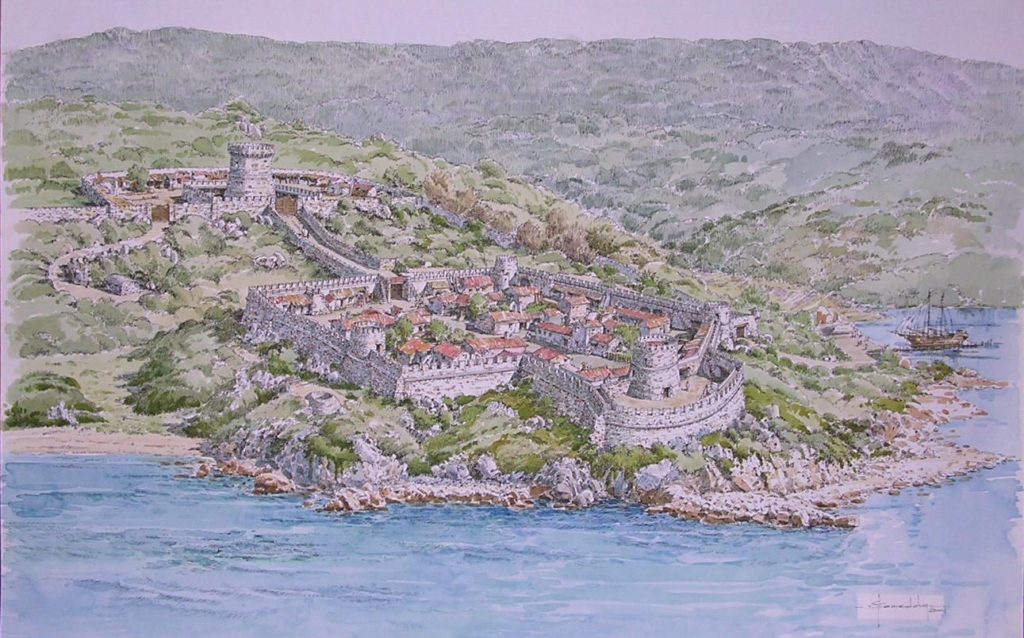 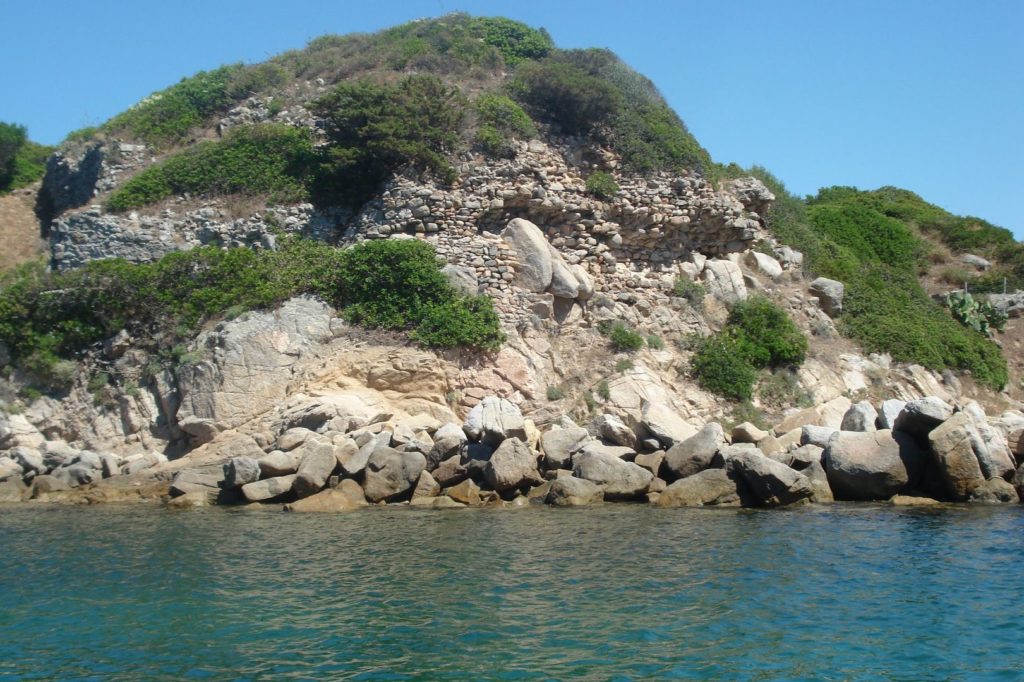 In 1657 we find Longone bravely defended by a Giovanni Galluresu against the attacks of the Corsairs; and the Viceroy of Sardinia, to reward him for his courage and skill in having killed upwards of fifty of them with his own hand, appointed him alcalde or governor of the place; but from disputes, and consequent homicides and vendetta, he was obliged to fly to the mountains, where he soon collected a large band of associates, who not only put to flight and destroyed the government troops, but infested the city of Sassari, and so harassed the inhabitants that they could not venture beyond the walls.

His life became a sacrifice to jealousy and vendetta, arising from an intrigue with the daughter of a miller residing at Osilo. His steps were closely watched; and it having been discovered that he was to visit her on a certain evening, her house was surrounded during the night with a number of his enemies, under the command of his rival, and on his departure at daybreak they fired a tremendous volley into him. His body – perfectly riddled – was seized, and after receiving every insult from his rival, his head was carried to Sassari, where it was fixed on a pole and exposed. 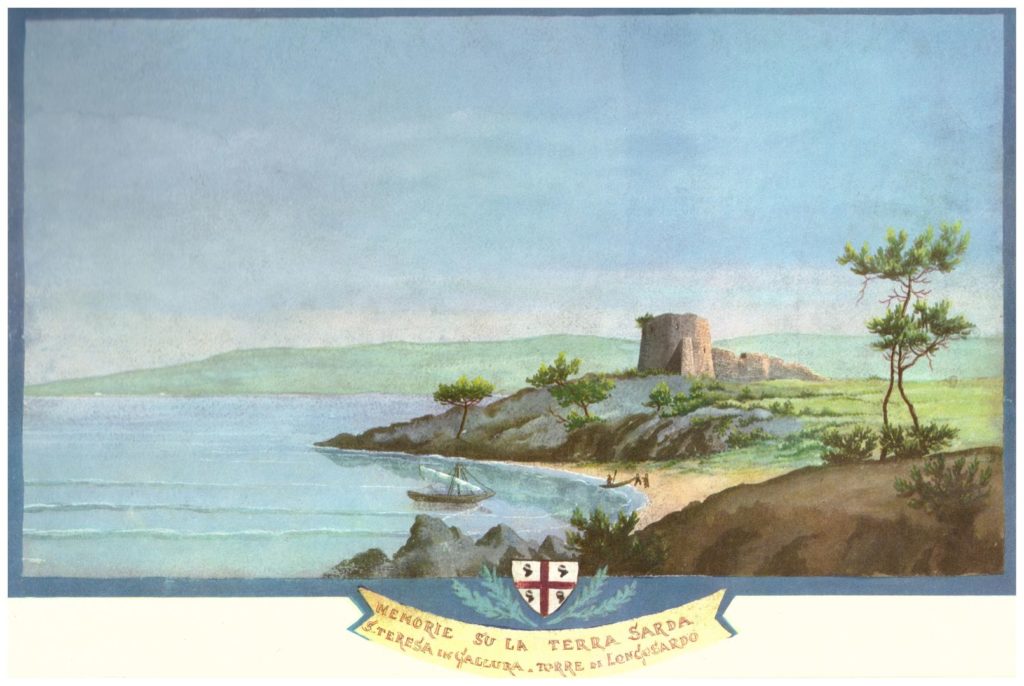 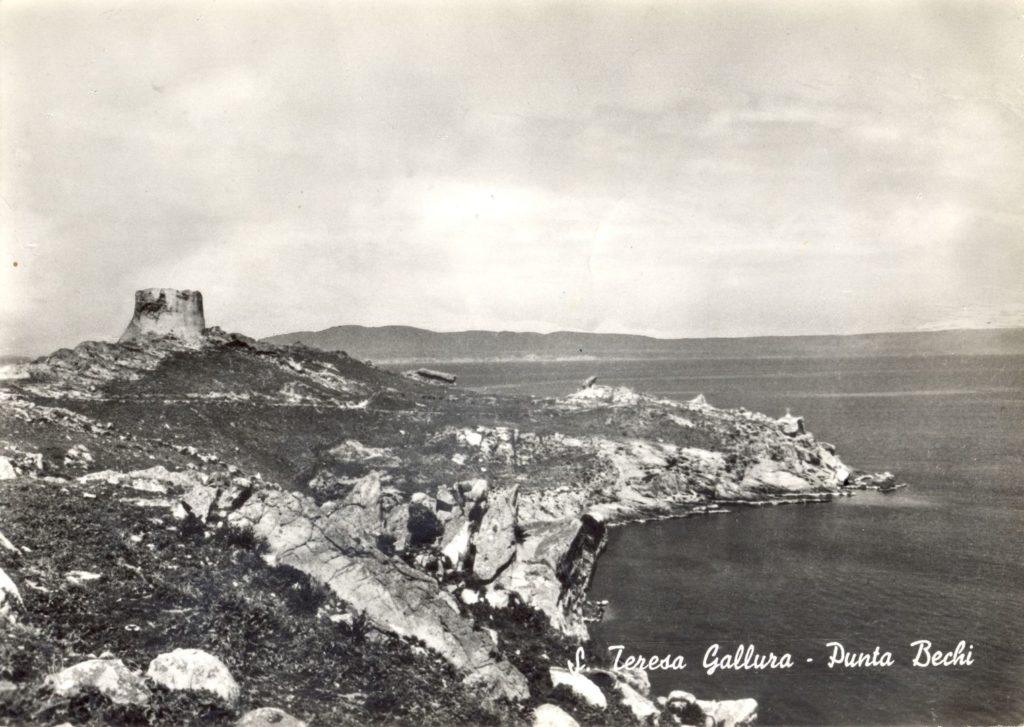 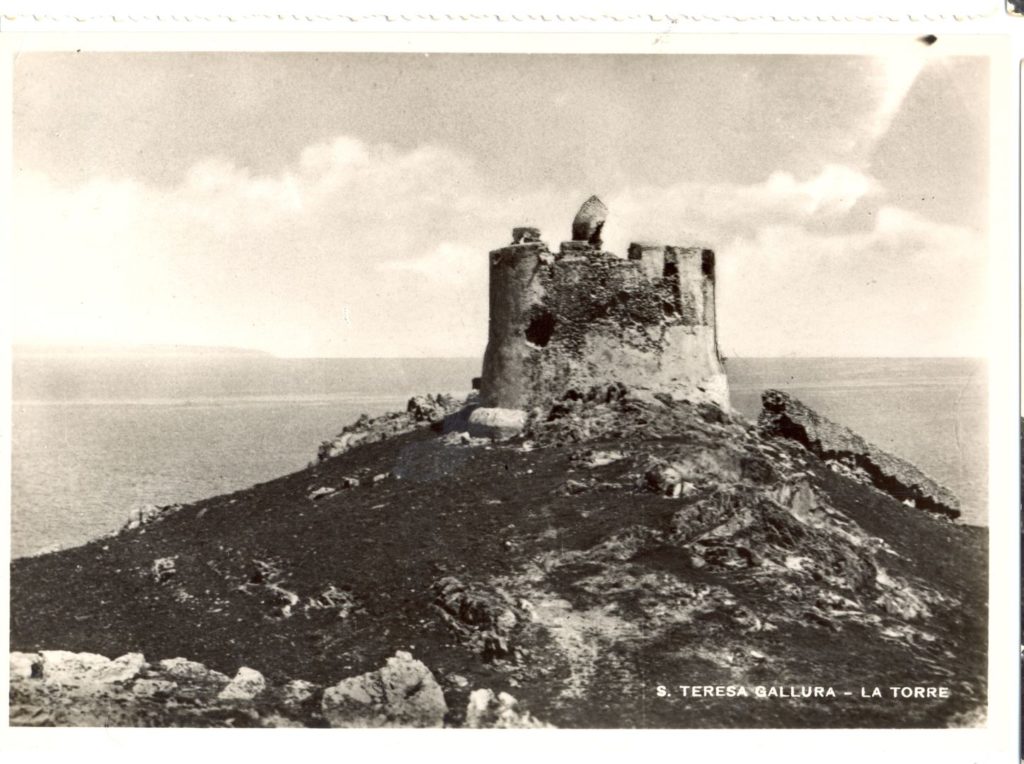 In 1810 a Piedmontese colony was sent to Longone, and, to commemorate the event, the name of the port and town was to be changed to Villa Teresa, in compliment to Maria Teresa, the wife of Vittorio Emanuele, then King of Sardinia; but the change was unacceptable, and the natives still keep the name of Longone in preference to either Longo Sardo or Villa Teresa.

The colony succeeded very well under their newly appointed governor, till an alteration in the public pasture lands of the district, affecting the customary privileges and liberties of the shepherds, caused so strong a feeling against him, that he eventually fell a victim to their vendetta. 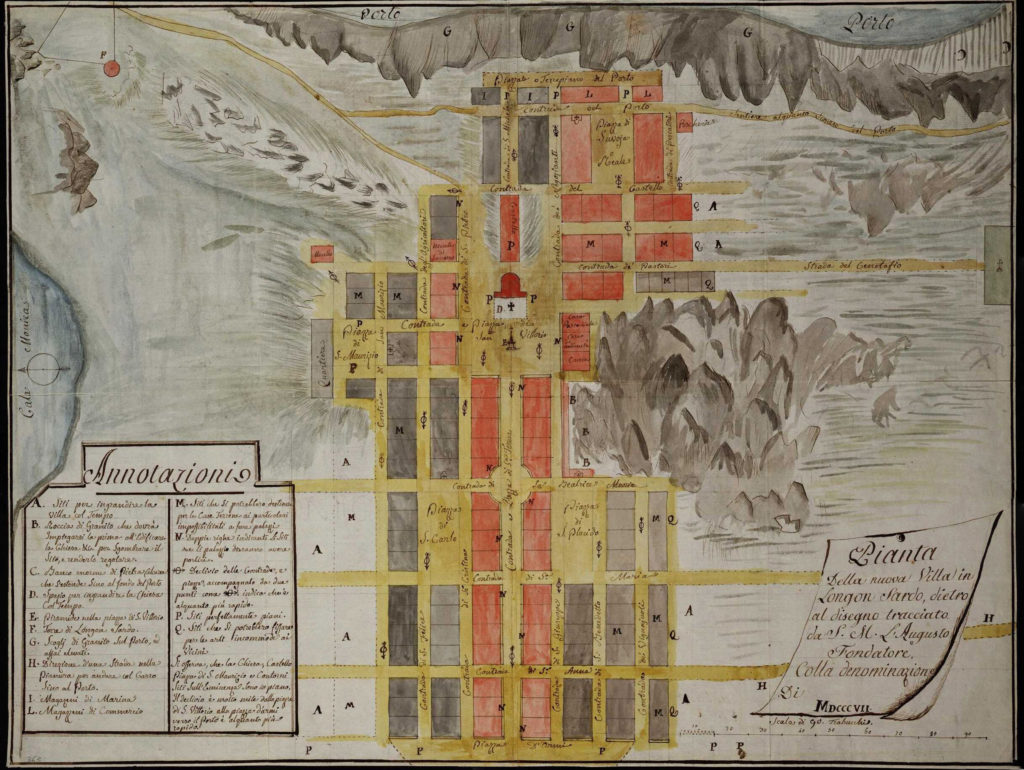 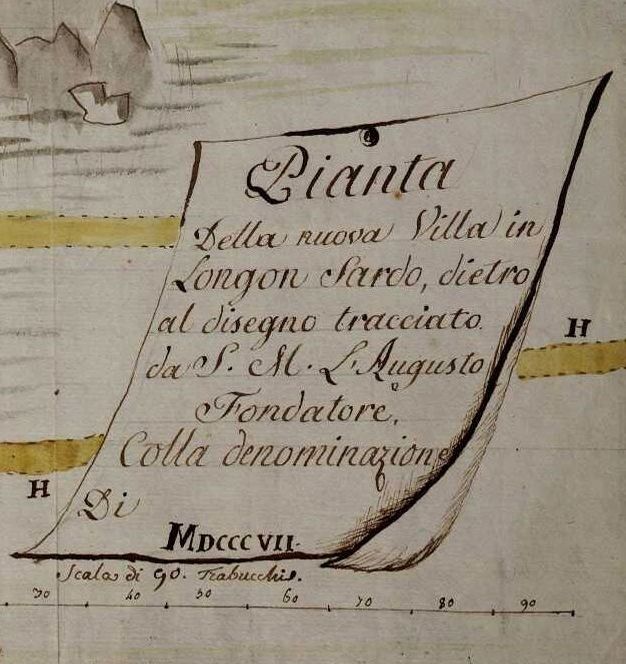 The ancient Tibula is supposed to have been near the head of the harbour of Longone, a site which corresponds with the distances given by Ptolemy. Many sepulchral and numismatic antiquities excavated in these parts have proved the existence of a Roman settlement, the coins bearing the dates of the republic till the Emperor Probus about 276, a.D. […]

The Capes Della Testa, Del Falcone, and La Marmorata, are the districts from whence the Romans obtained many of the granite columns which still form some of the magnificent monuments of the Eternal city. Those of the Pantheon are said to have been excavated near Longone, and several similar as well as rude blocks may still be seen in the quarries of Capo La Testa on the promontory of Santa Reparata, near which the remains of some Roman villas have also been discovered.

In later days we find the value of the Gallura granite appreciated by the Pisans. Their Duomo, built by Buschetto in 1063, soon after their possession of Sardinia, shews the beauty of the Marmorata rocks; and the immense blocks used in the different parts of it were raised by a machine of so simple and condensed a power, that “ten girls, by working it, moved what vessels could hardly bring, and 1000 oxen could hardly raise.” This is recorded in an epigrammatic inscription preserved in their Duomo at Pisa  […]

The Battisterio, built in 1152 by Dioti Salvi, has likewise much of Gallura material in its construction. 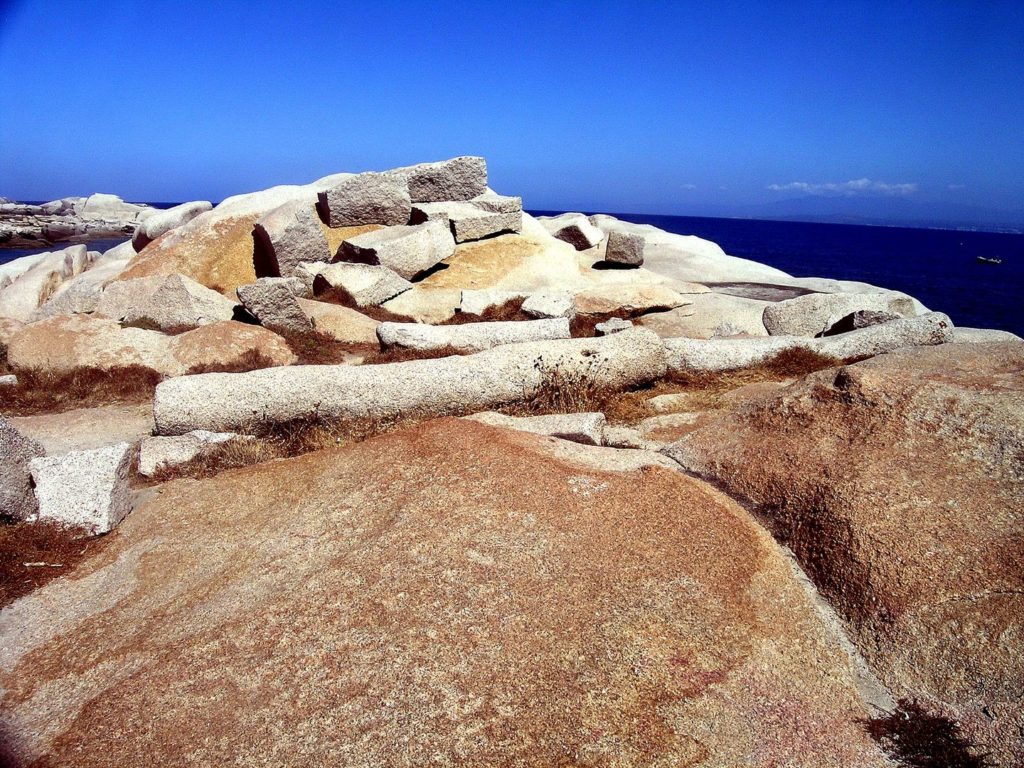 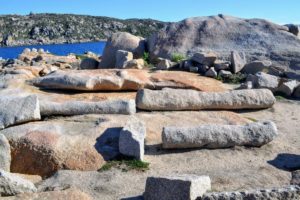 Historical Archive of Torino, Plant of the foundation of the village designed by King Vittorio Emanuele I, 1807.