FROM SANTA TERESA TO ISOLA ROSSA

A spacious bay, with deep water, stretches from Testa Grossa to Monte Rosso, a bold headland of red granite, at the foot of which is a barren rock, called the Isoletta. 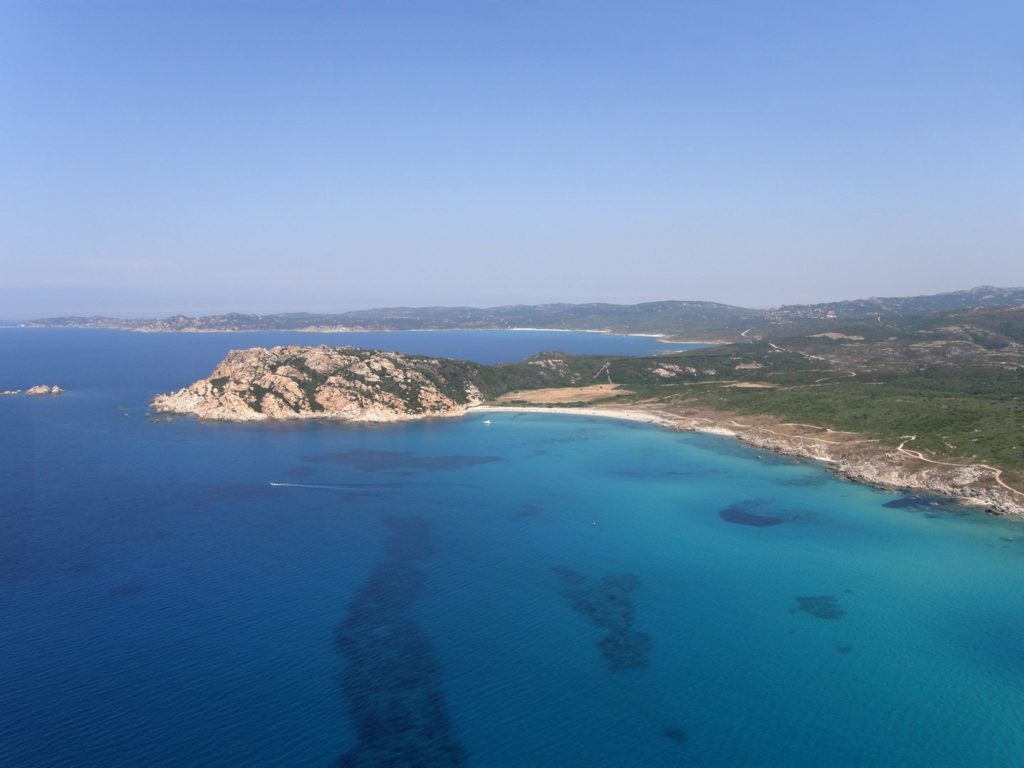 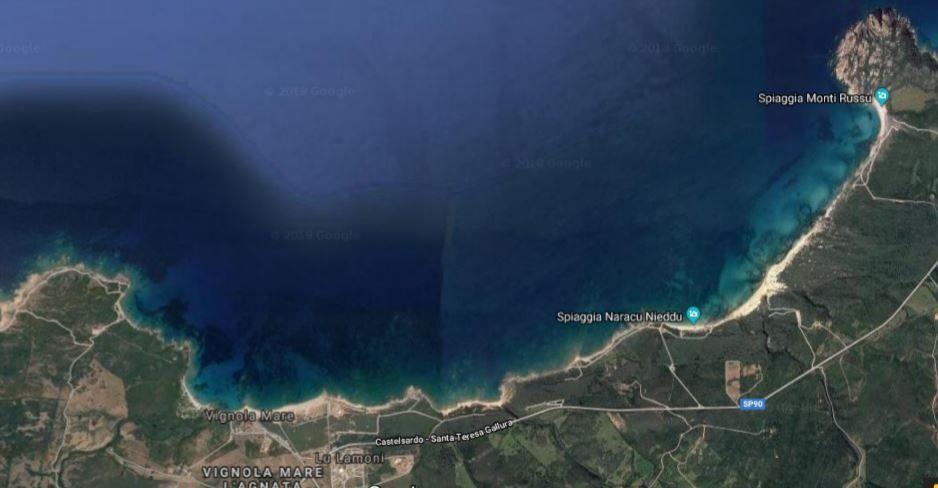 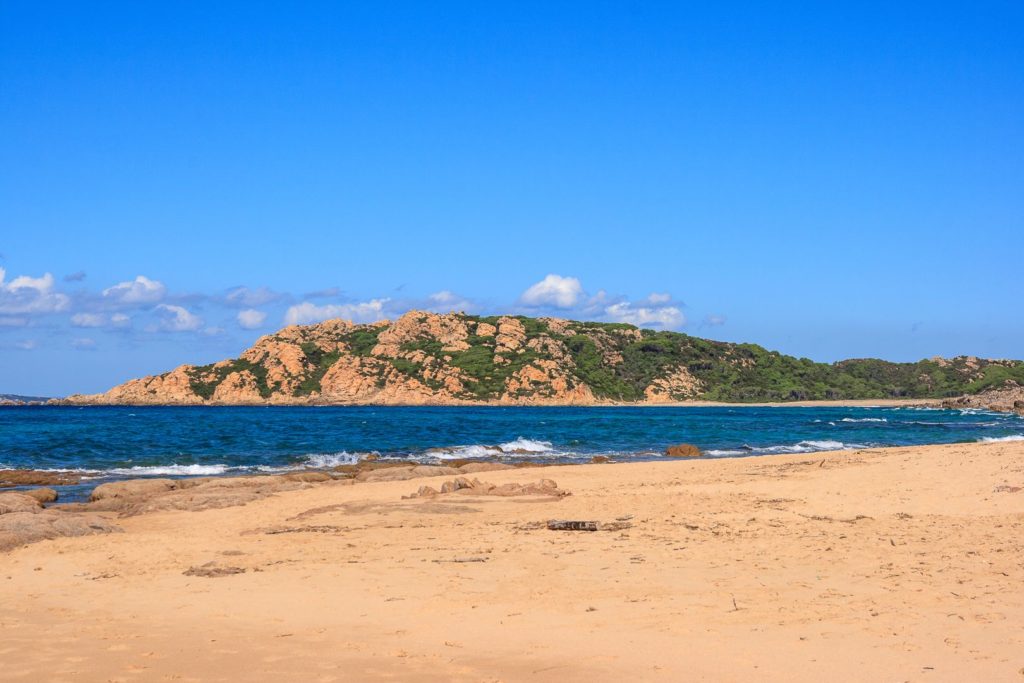 On either side of the cape, a long tract of sand runs some distance inland, the one called Arena maggiore [Rena Majore], the other Arena minore [Rena Minore]; both are easily distinguished from the offing, and mark the locality. 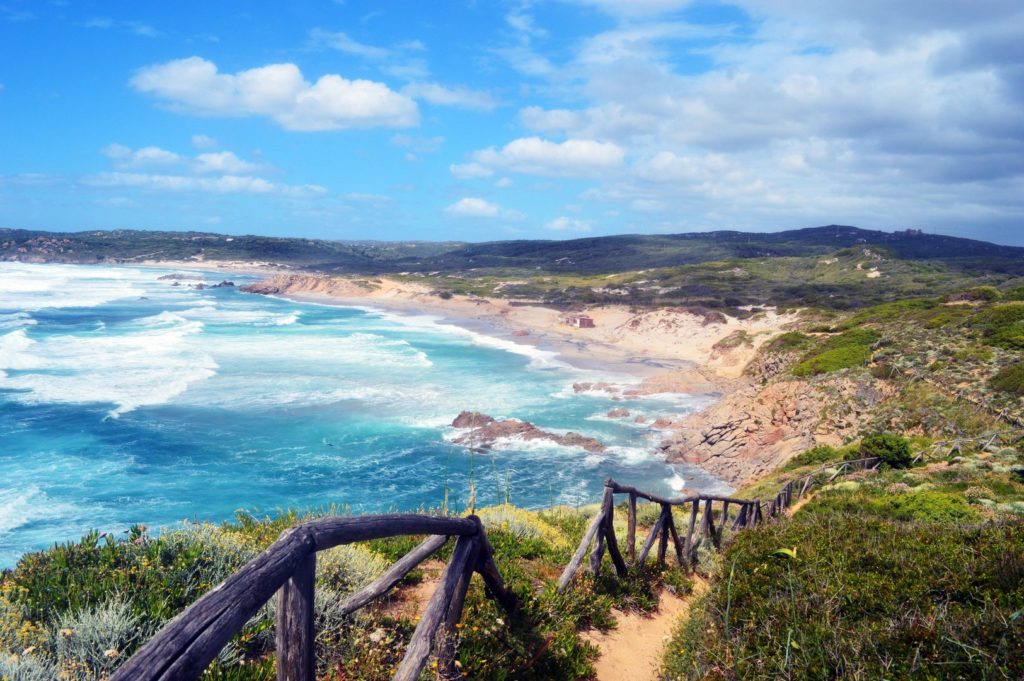 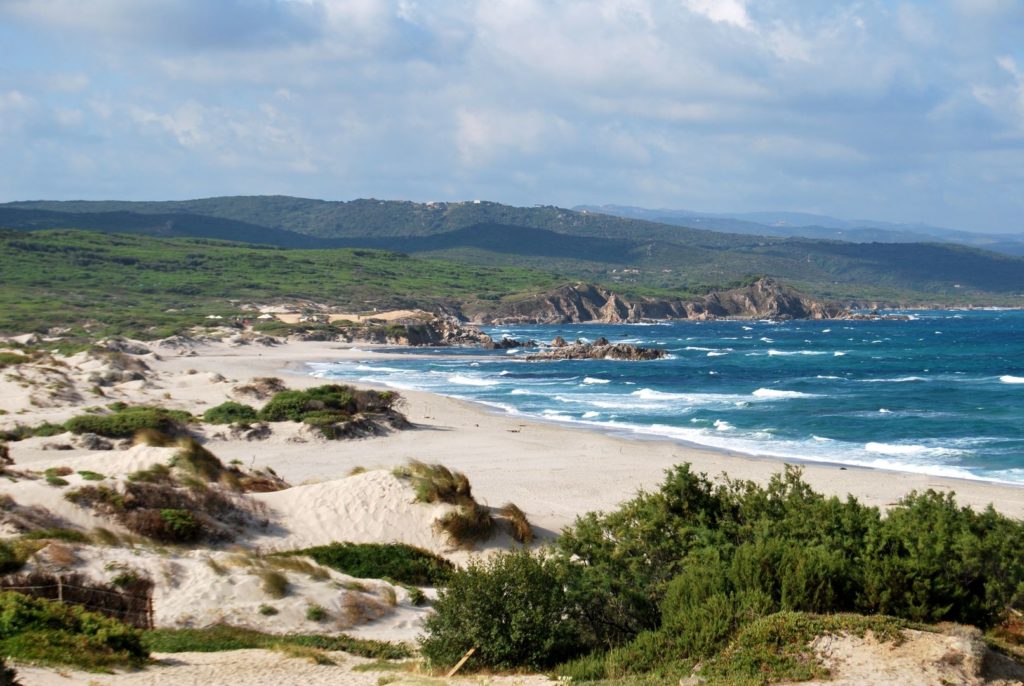 Thence to the westward, an indented beach, with an islet off it called Cannella, extends to Vignola, a small port, supposed to be the Elephantaria of the itinerary: here the coral boats repair for shelter and for water, and lie tolerably secure near the round tower.

A few huts constitute the only coast habitations from Longo Sardo to Castel Sardo, a distance of upwards of thirty miles.

The space between Vignola and Santa Reparata is a barren waste, but towards Coguinas presents a hilly, woody, uncultivated tract. 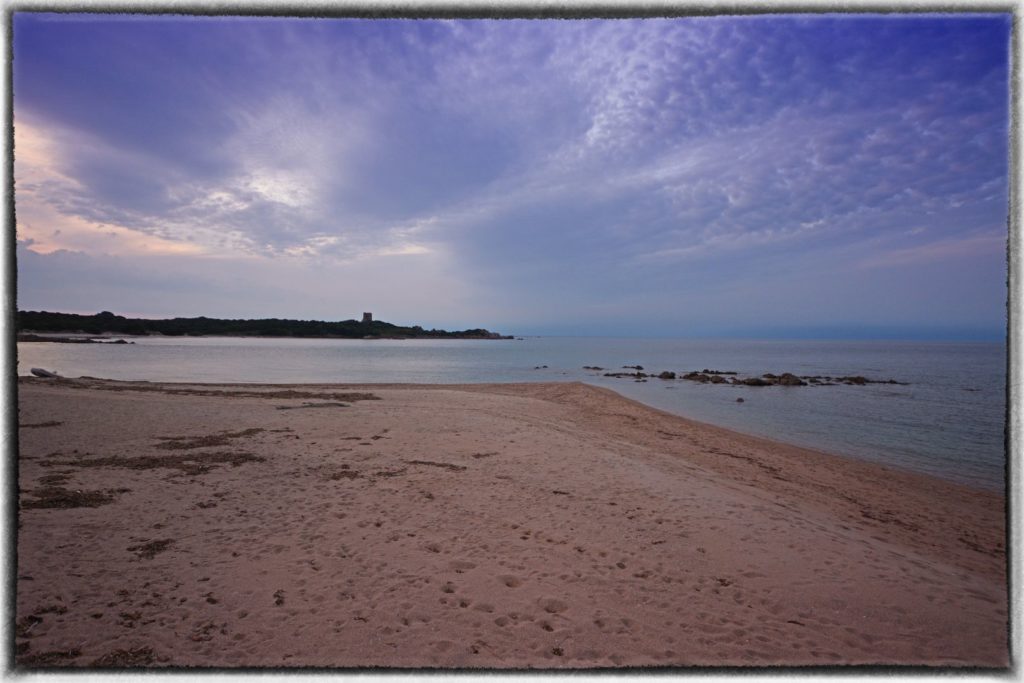 At the back of Vignola is a fine valley with beautiful wild olive trees and vines, fertilized by a river meandering through it, the banks of which are literally covered with tortoises. 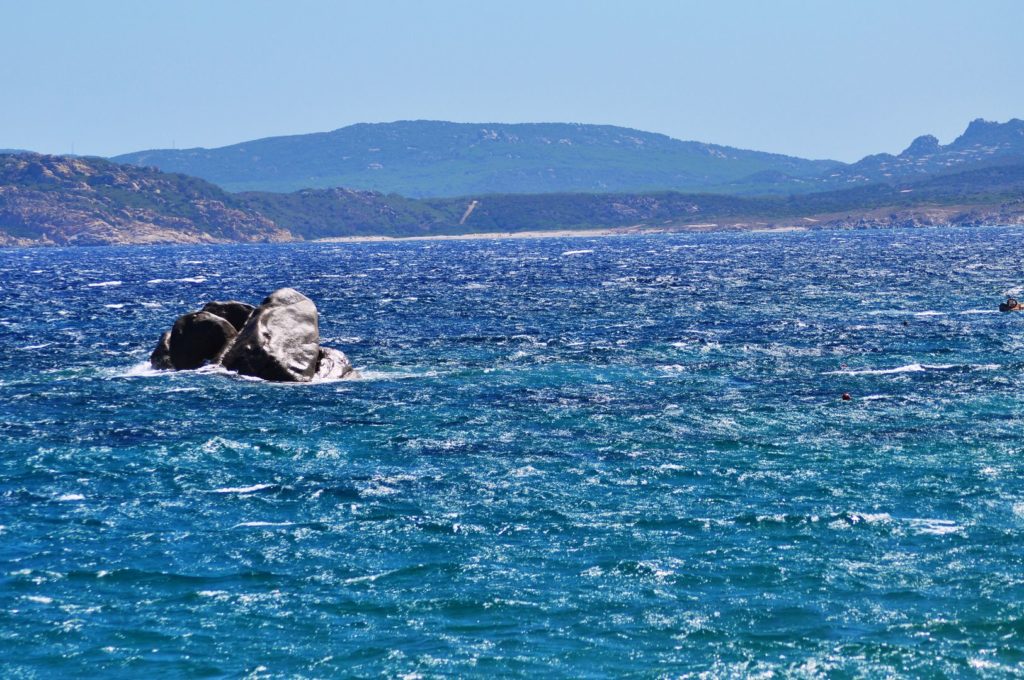 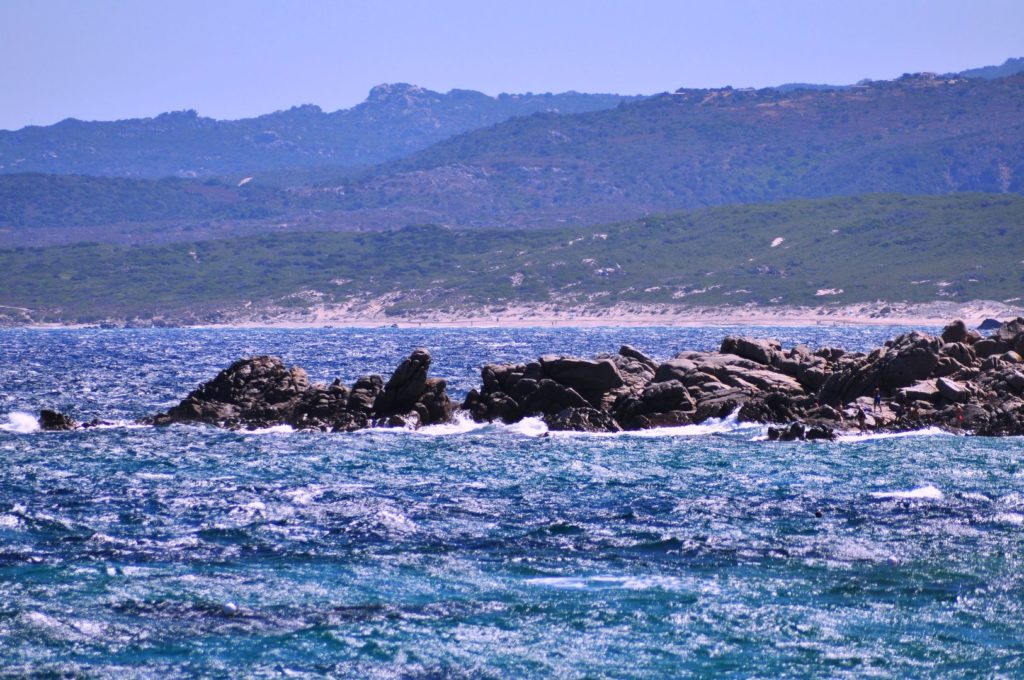 Bounding these grounds, are the precipitous crags of Monte Cucuru [Cùccaru], of which Cape Monte Fava, the next point on the coast, is a ramification. This range, till very lately, was infested with banditti, who built a village in a difficult fastness, from whence they could not be expelled; some however died off, others were pardoned, and the vicinity is now tolerably quiet. 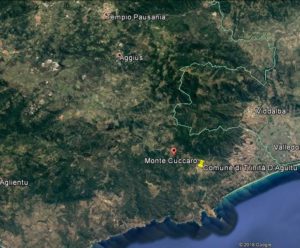 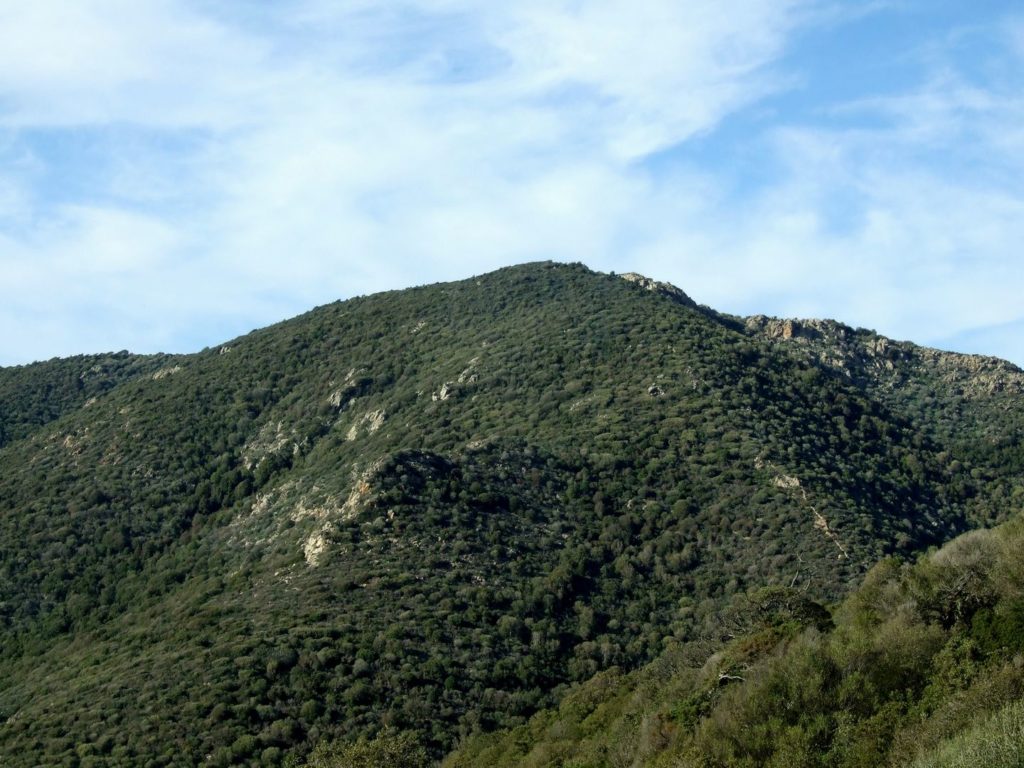 From point Vignola, a sterile, iron-bound coast, of forbidding aspect, trends away to the westward as far as Cape Monte Fava; then follows a cove ending in the point and tower of Monfronara, off which lies the bare rock called Isola Rossa. 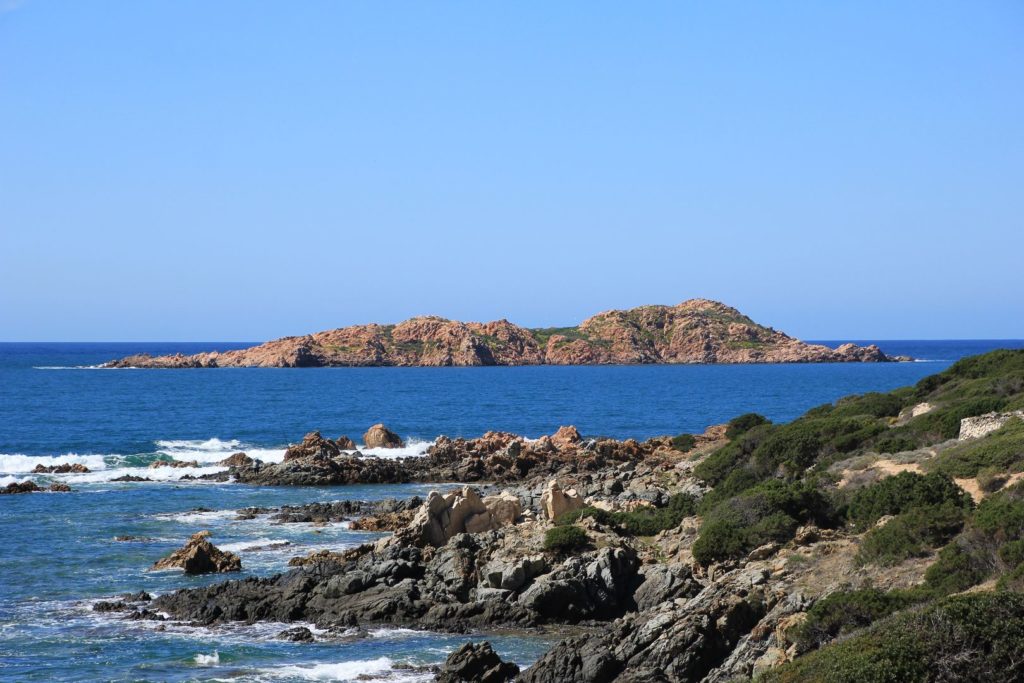