Tempio, the capital of Gallura, has a population of nearly 6000 inhabitants, amongst whom are some of the oldest noble families.

Compared with other Sardinian towns, it is very respectable, as there are several large houses of three stories in height. 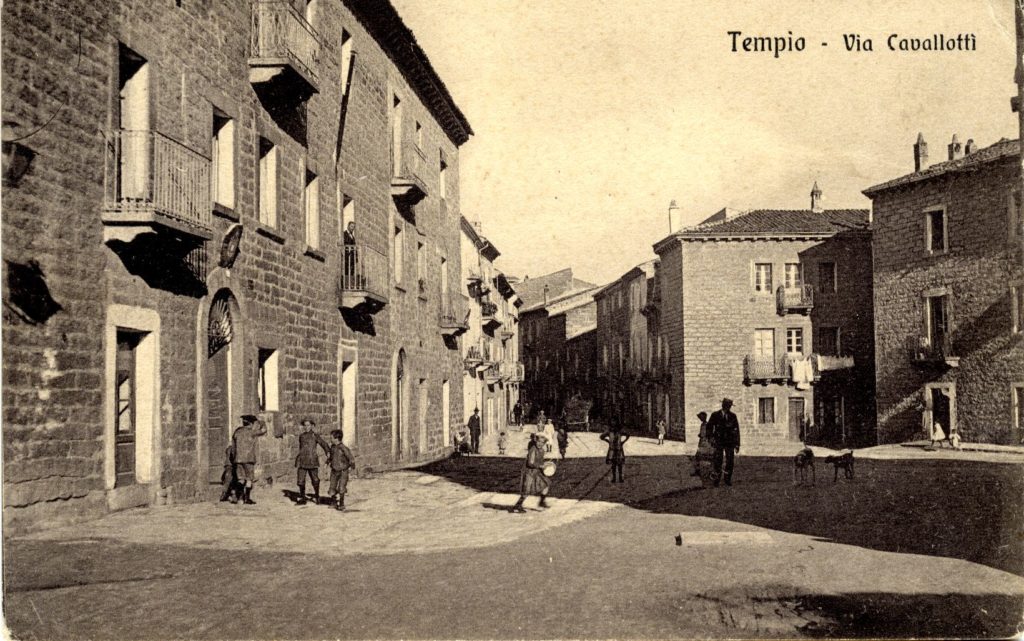 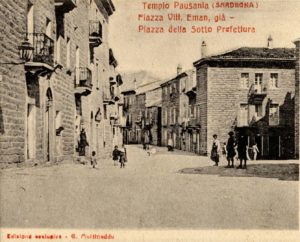 The general appearance, however, is gloomy, owing to the red granite of which the buildings are constructed, and the heavy wooden balconies; especially when added to the dark dresses, and black bushy hair and beards of the men; with the Moorish costume of the women, who, though generally handsome, stalk about with a coarse woollen petticoat turned over their heads, so as to obscure their faces. 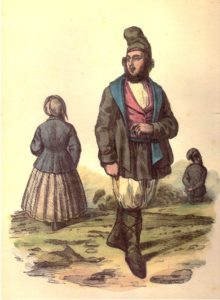 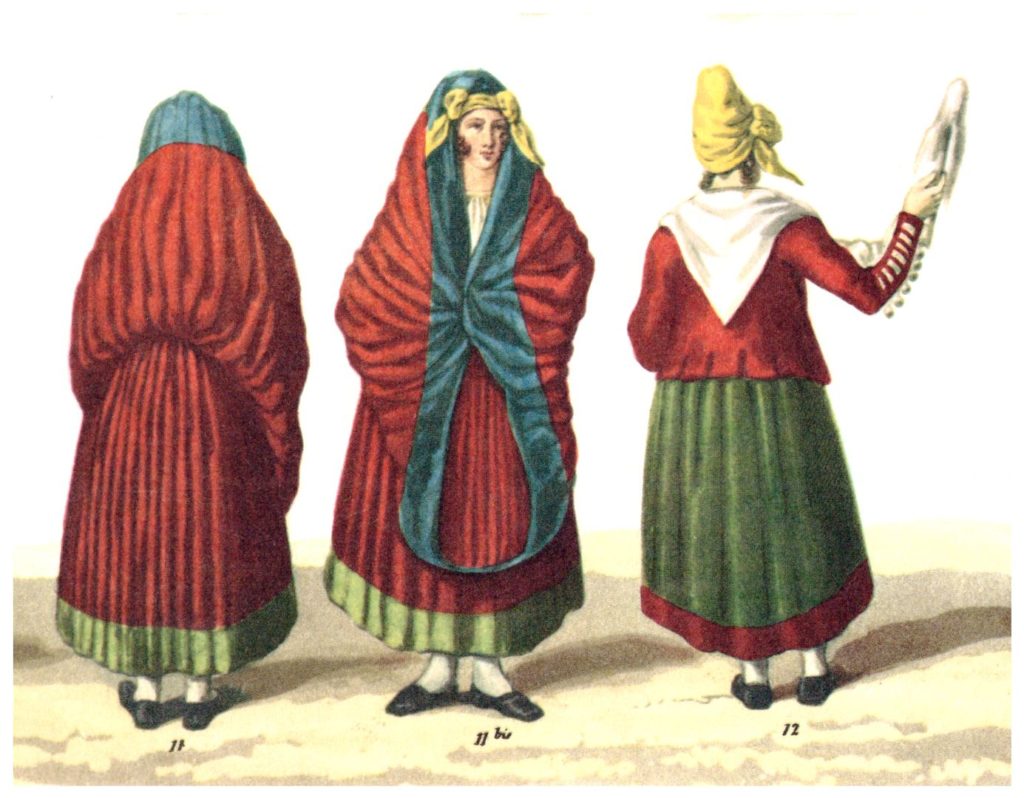 The collegiate church, which the annual six months’ residence of the bishop constitutes a cathedral, is a large, but heavy, unfinished building.

Its decorations are so tawdry, and so poorly executed, as to be sneered at, even by the towns-people; one of whom asked me whether a face, blasphemously painted as the likeness of the Almighty, did not resemble that of an owl.

A new belfry tower, painted with all the colours of an iris, in fresco, completes the edifice. 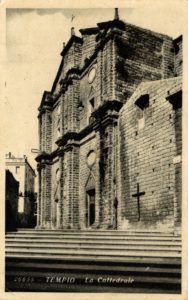 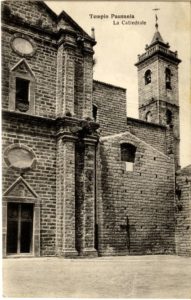 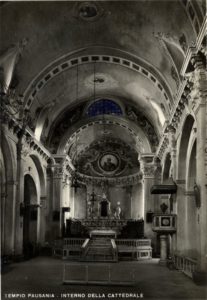 Near the centre of the town is a large nunnery, one of the best buildings in Tempio, occupied by two only remaining sisters, both advanced in years, and it is expected when they die it will be appropriated to some other purpose.

There are no books here, if a few polemic volumes belonging to the college of the Scuole Pie are excepted; and the only good picture is a Magdalen in the church of this establishment, which has, indeed, a heavenly cast of countenance. 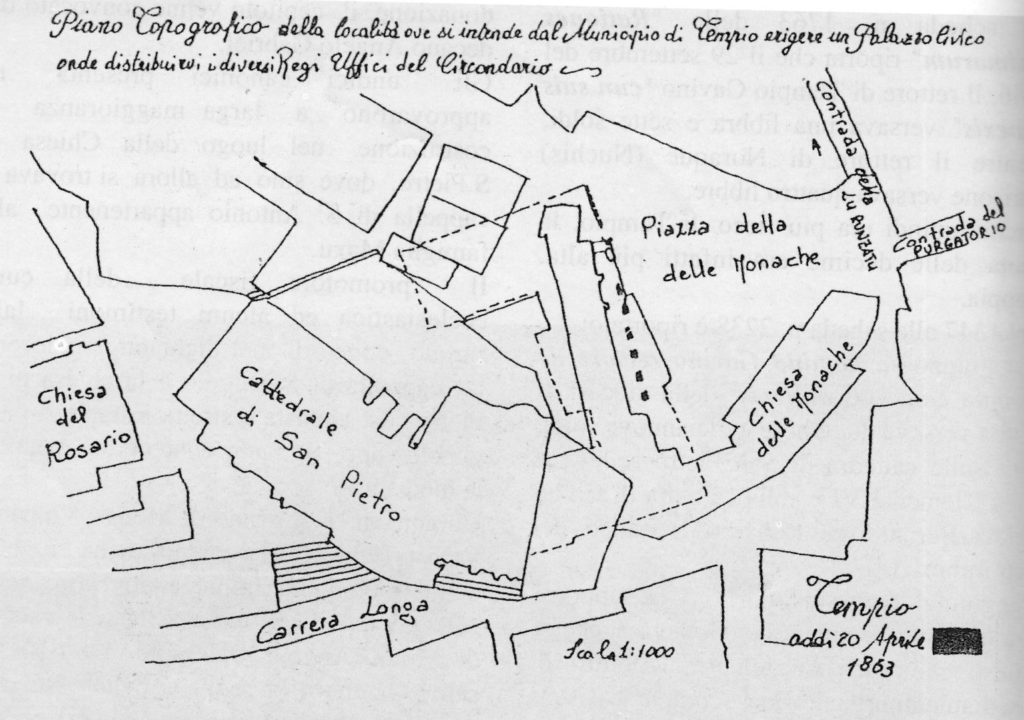 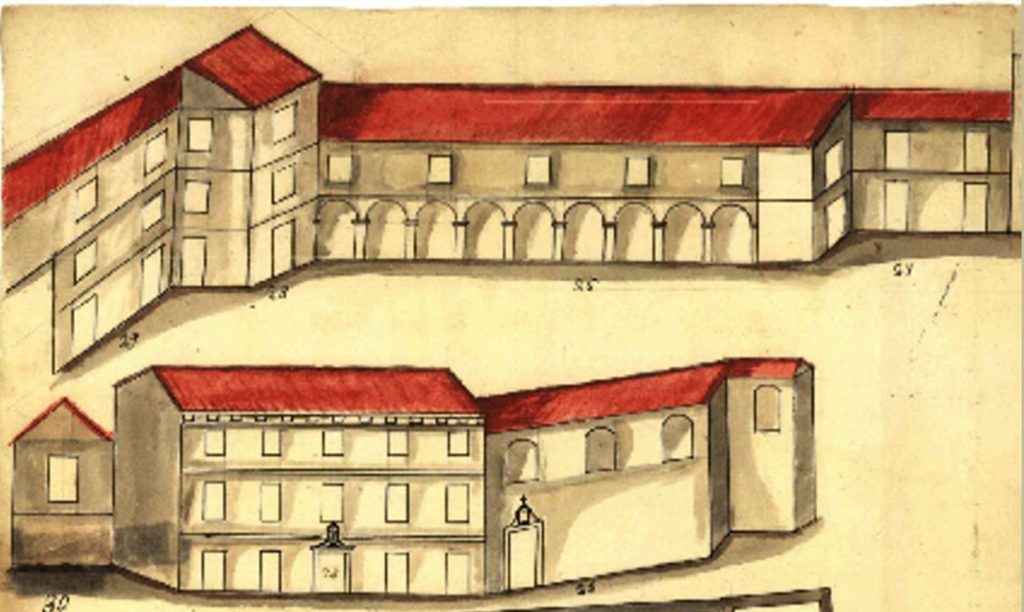 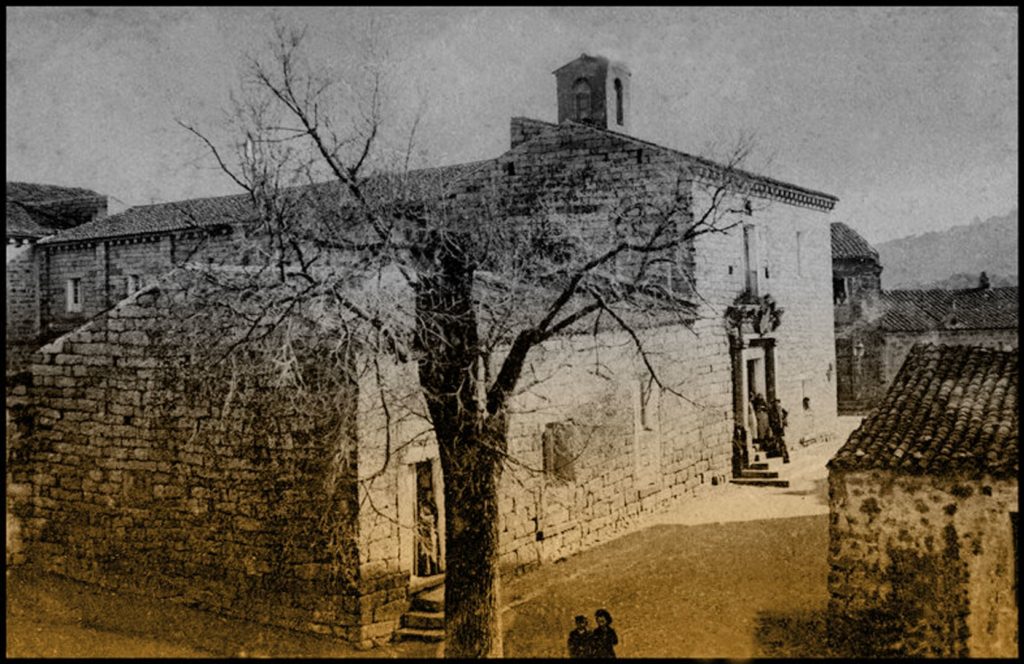 Capital guns and fine linens are boasted here, and the trade in fruits, cheese, hams, bacon, and other salted meats, is considerable: wine is made, but they consider the grapes so partially ripened, through coldness of climate, that to ensure its keeping good, they add a portion of boiled lees, called “saba”.

I was rather surprised to find a tolerable “locanda” in this place; and observed an odd custom in the two girls who waited at table, each balancing a candle on her head, whilst moving about the house, which left both their hands at liberty. 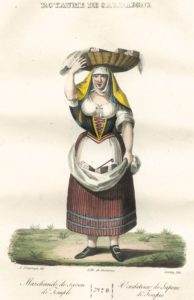 I here met with an officer on the half-pay of our Corsican Rangers, who for seven hundred Spanish dollars, had purchased a property of about seventy acres, on which are corn fields, an excellent vineyard, and a wood: he remarked that a sum of ready money would work miracles in that country. 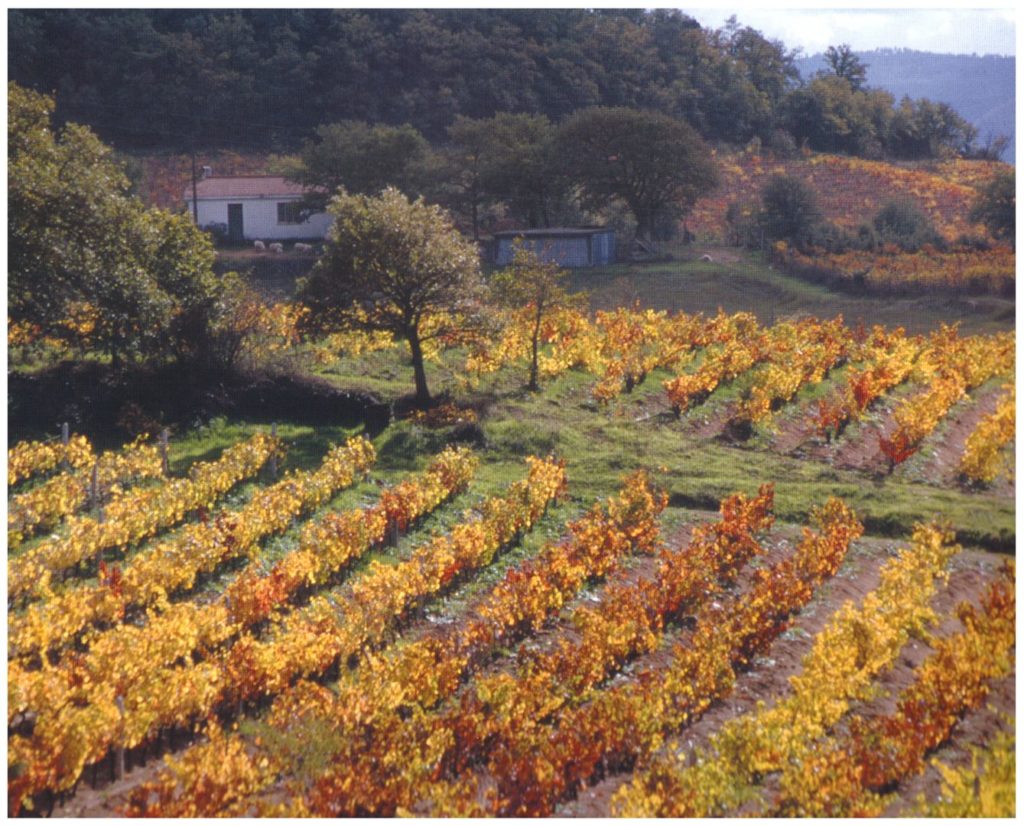 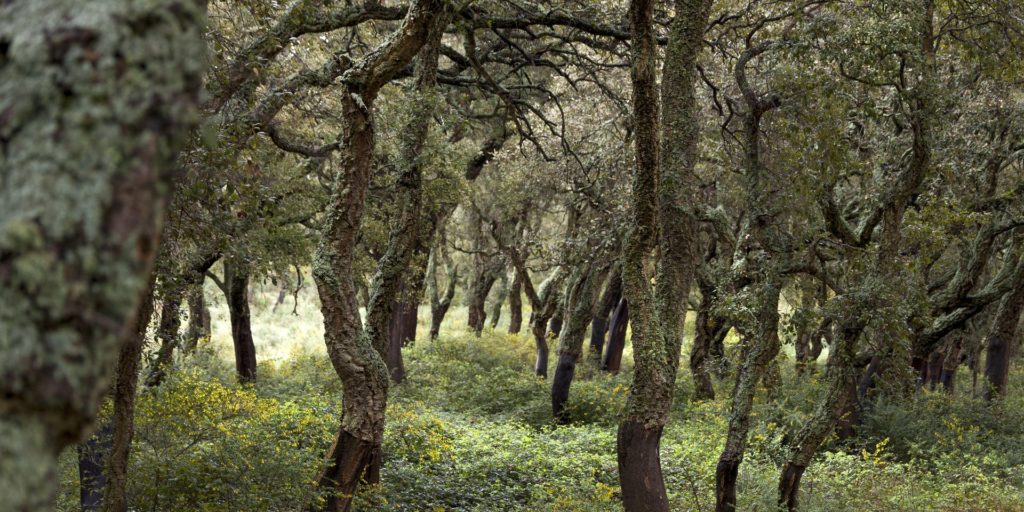 The space between this estate and the hill on which Tempio stands, is finely cultivated, and some garden grounds close to the town may vie in neatness with those of Sassari.

Besides the fountains of Pastini and Costavargia, there is a remarkable spring of water, on the declivity of the Limbara, called fontana Fanzoni, said to be so excessively cold in certain seasons, that its waters break glass vessels, when suddenly poured into them; and that wine immersed therein for a few minutes loses its colour and taste, but not its strength. 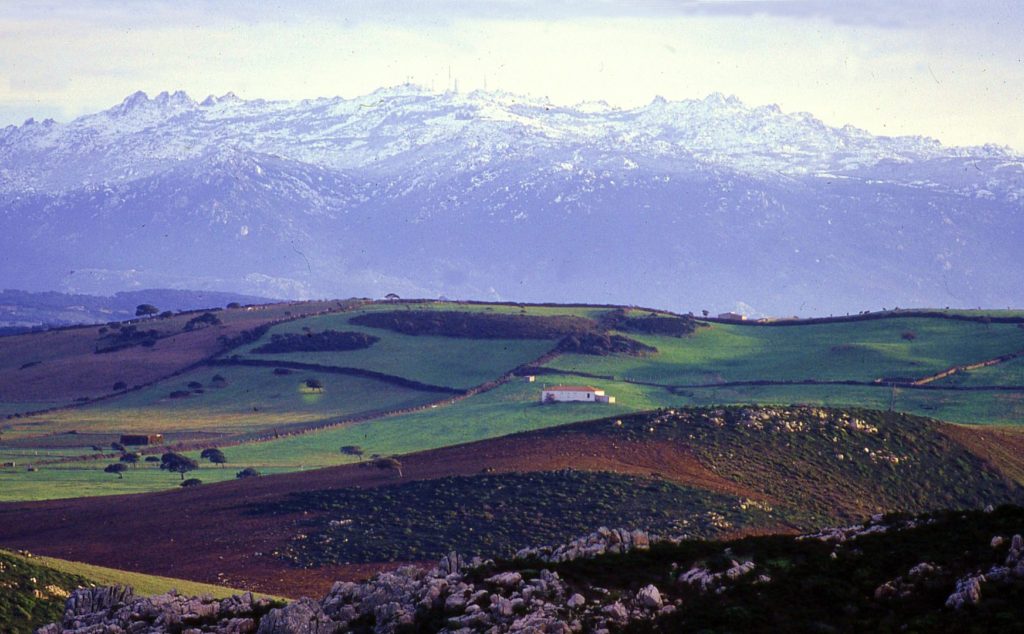 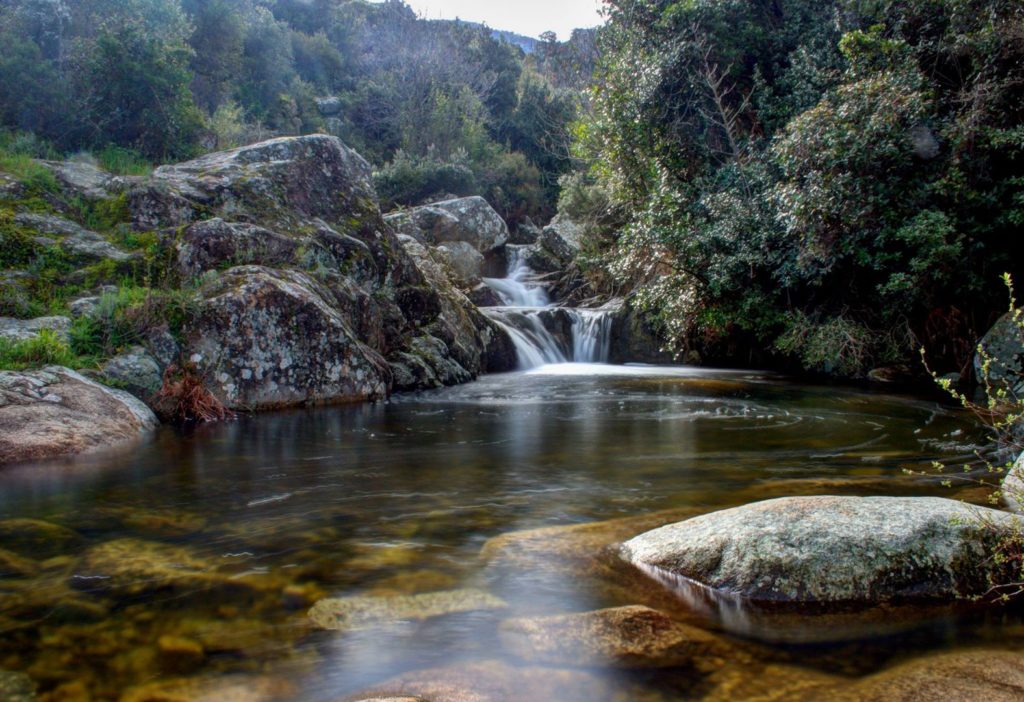 The inhabitants of Tempio and the Gallura, in general, are divided into three distinct classes, of which the first, of course, consists of the nobles, who are addressed by their respective titles: the second comprehends the advocates, notaries, physicians, and all those who dress in foreign cloth, and can afford to place their sons at school; these are distinguished by “voste”, a term corresponding with the Italian “lei”: the third and most numerous class is that of the “plebei”, the members of which are marked by wearing homespun clothes, and are addressed with “tu” or “voi”, according to the age, and degree of familiarity. 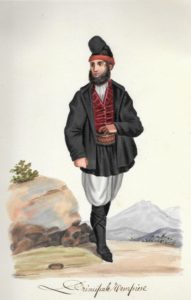 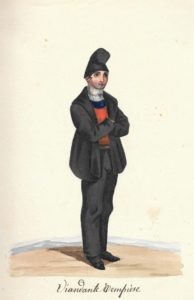 Amongst the last there is a curious custom called the “graminatoju”, or wool-dressing.

The sheep being sheared, the farmer’s wife invites all the girls of her acquaintance, to assist in preparing the wool for the process of being spun and wove into foresi and orbacci: the girls in their turn apprize their suitors, and the house on the appointed day becomes a general rendezvous, whither they all repair in “gran tenuta”.

The wool being spread on the floor of the cottage, the young women, each provided with a bunch of flowers by the mistress of the house, sit on the ground around it, and commence the work of teasing and picking, while the youths take places on the forms and seats about.

The damsels then break into extemporaneous songs, accompanied by the guitar or “cetera”, until they have all successively sung. One of the girls then draws the bouquet from her breast, and with a peculiar grace presents it to her swain, accompanying the act with half a verse, which the youth is obliged to complete with an appropriate rejoinder.

This example is followed by the rest of the company, and should a stranger drop in, attracted by the music, he is sure of being thus favoured also, as a welcome; and if ignorant of the dialect, his quota of verse is furnished by one of the bystanders.

After this ceremony, they return to songs, and continue them with great spirit till the wool being finished, is deposited in the “ταλαρος”, or basket, when there is a repast; and the whole concludes with dancing and rustic merriment. 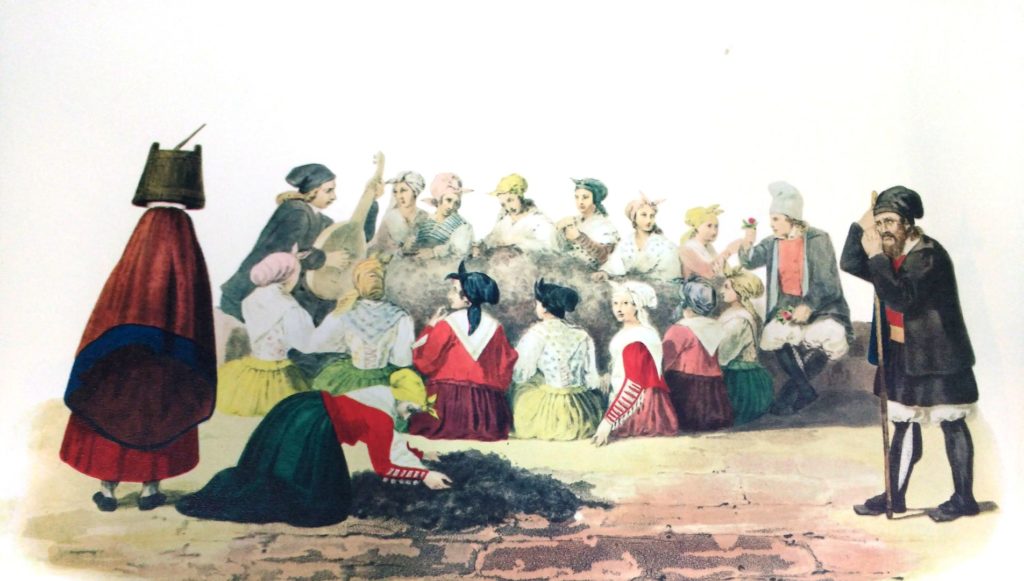 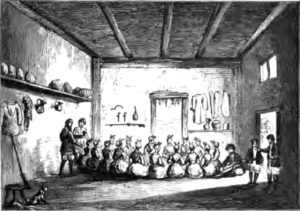 Historical archive of the Municipality of Tempio, “Plan of the Church and Square of the nuns”, 1863.

State Archive of Cagliari, “Church and convent of the nun’s, 1821.

John William Cook, A graminatorgiu at Tempio, ca 1849, figure IN John Warre Tyndale, The Island of Sardinia, including Pictures of the manners and customs of the Sardinians, and Notes on the antiquities and modern objects of interest in the island, M.A., Barrister at law, in three volumes, London, Richard Bentley, New Burlington Street, (Publischer in Ordinar to Ker Majest), 1849.