Sardinia and its resources 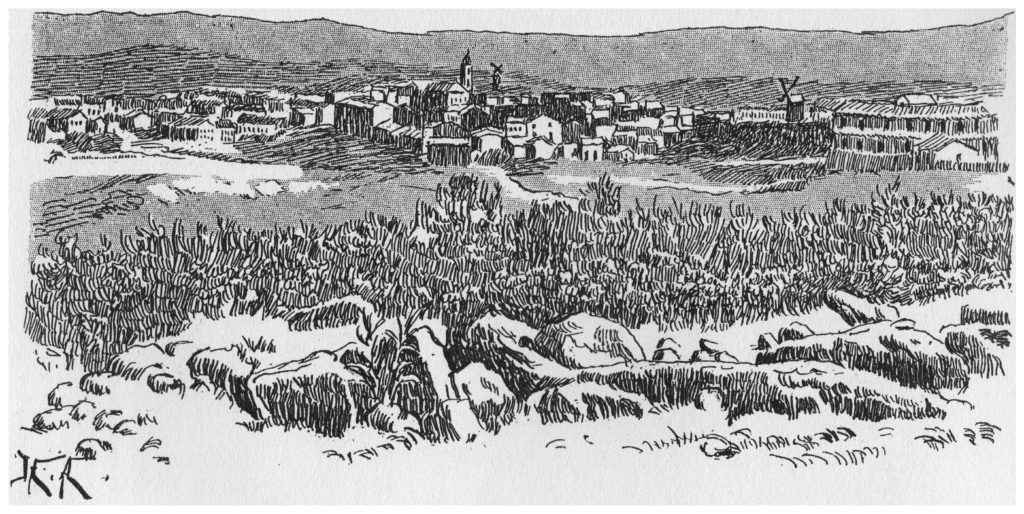 Tempio, one of the most interesting towns in the Island, and in the extreme northern district, is a grand old place, and deserves notice. The streets are wider than in most Sardinian towns and the houses are built of a dark grey granite. 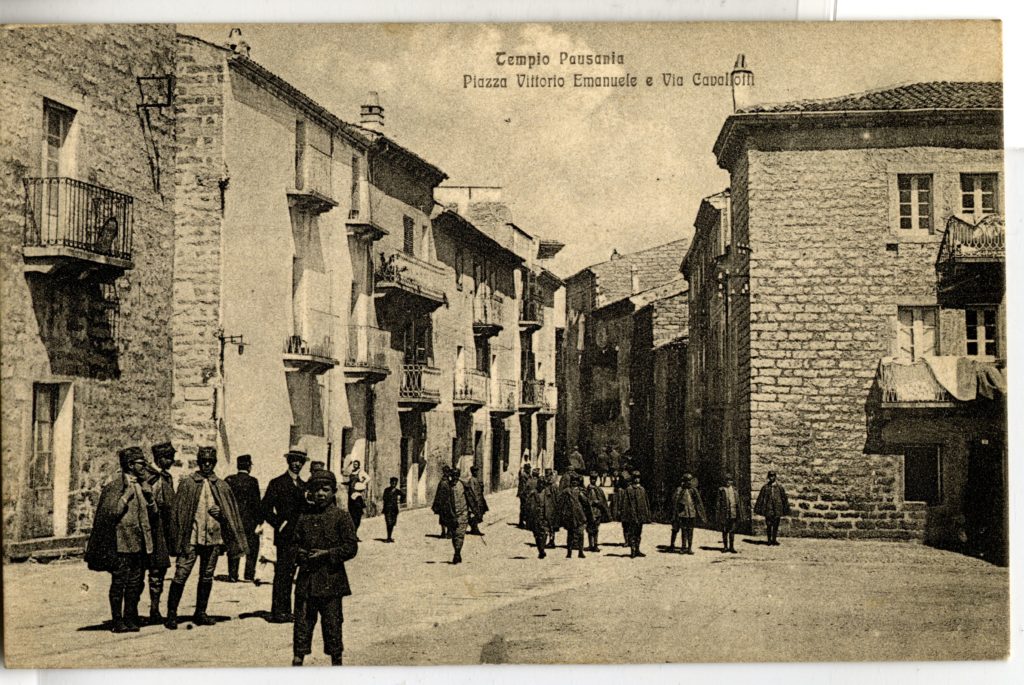 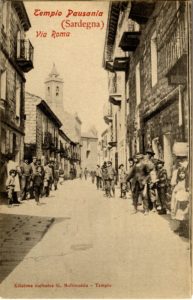 The Cathedral is of a mixed style of architect ire, evidently built at different dates; it is large and lofty, and the general effect is fine; the high altar is of coloured marble, and the choir is ornamented by hand-somely carved old oak. The pictures and decorations are however poor. 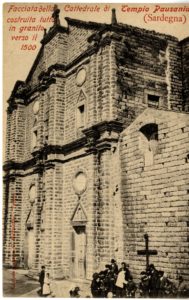 In addition to the Cathedral there are 13 Churches in the town, and 12 in the suburbs, and, as the total population is under 10.000, this gives a church to every 400 people, besides a Cathedral, a very liberal allowance; and yet the Tempiese are not more moral than the inhabitants of other towns, if we may draw any conclusion from the criminal statistics, and the records at the hospital for “enfants trouvés”. 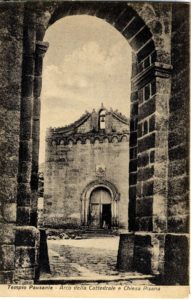 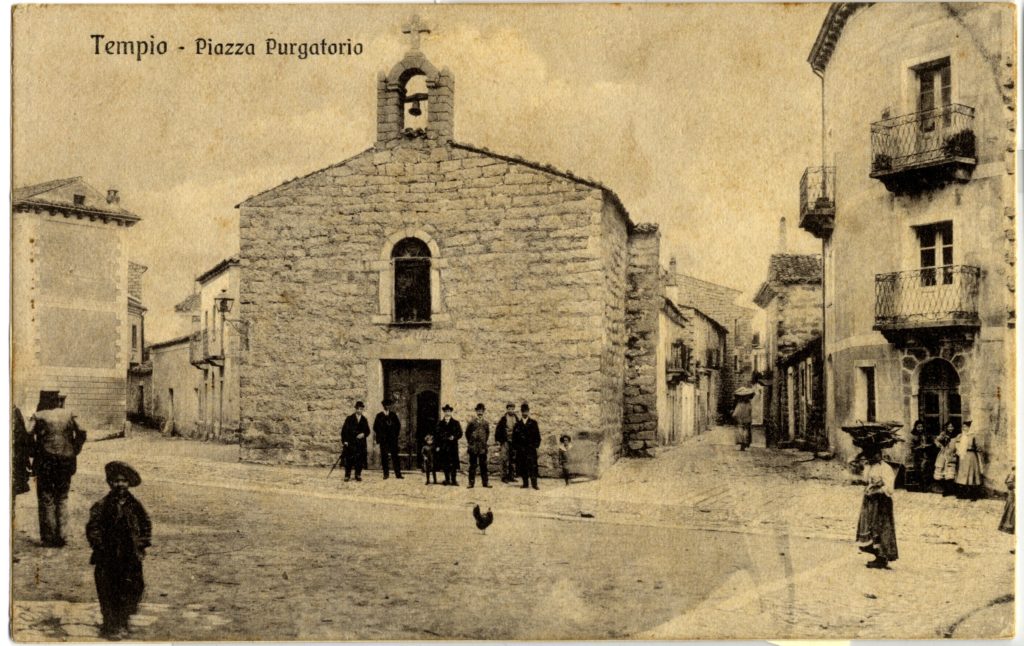 Tempio is now under the Government of the Prefecture of the northern district; but 40 years ago it had a Governor of its own, “whose palace” (quoting the words of Mr Tyndale from his book, written at the time), “retinue and establishment consist of 3 rooms on a second floor, a female servant and a sentinel”. In other respects too at that period the appointment does not appear to have been a very enviable one, for the predecessor of the then Governor had been barbarously shot, and the present Governor had already received two “warnings” given in the usual fashion, by throwing a rifle bullet through the bed-room window.

The well-known saying of the private soldier in England that: “he had leased his life for 21 years to be shot at for a shilling a day”, might with greater appropriateness have been uttered by the Tempio Governor of that date, for his pay was almost as small, and the dangers to which he was exposed, from disappointed suitors vendetta fever and other casualties, far exceeded those incurred by the British soldier in any phase of his existence. 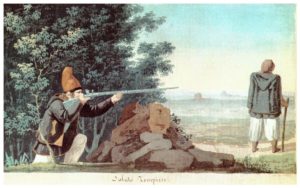 Tempio is now the centre of two most important industries, cork and wine; upwards of 1200 tons of the former are produced annually, worth on an average nearly £. 30 per ton; and over 10.000 hectolitres of wine are exported, (and there is also a large local consumption) which sells wholesale at an average price of 25 lire per hectolitre. In Tempio itself, and in the neigbouring villages, the retail price is 10 per litre, not quite 1a per bottle. Barley, too, is grown largely in this district, and is the best in the Island; fetching the highest price, about 10 lire per hectolitre, equal to about 24 shillings per quarter. 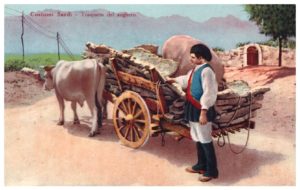 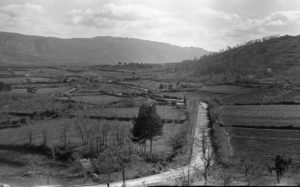 The archives of the town, which are voluminous, relate almost exclusively to Papal ordinances, and Church matters, and are of no general interest. 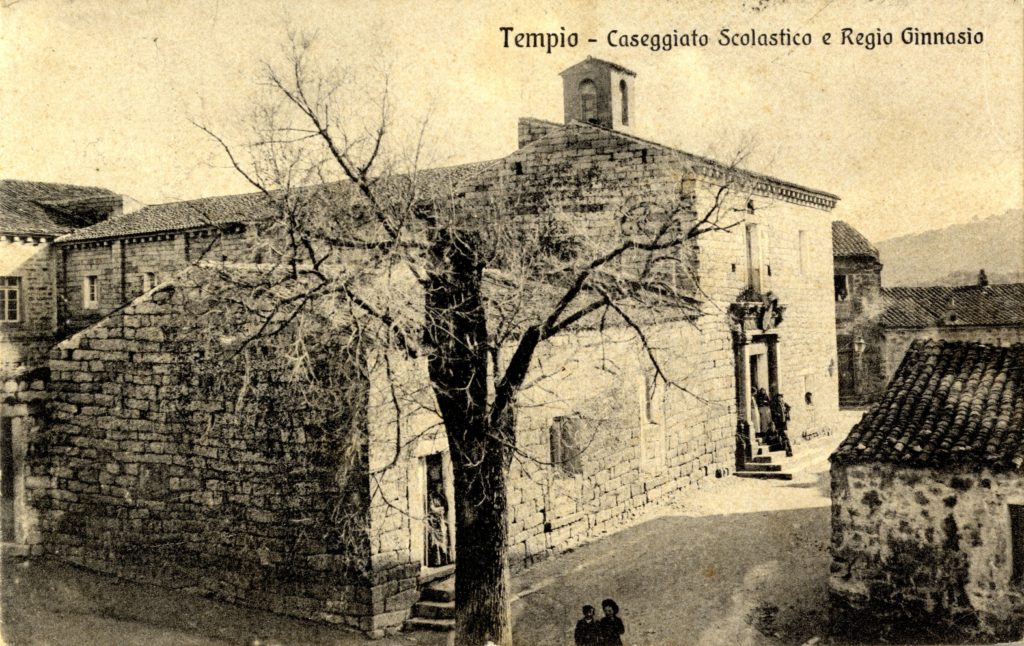 The country around abounds with streams and fountains, which give a freshness and verdure to vegetation, the more conspicuous by contrast with the cold grey granite which is the geological formation.

There is distant a few miles west from the town a small water-fall, about 30 feet high, called “II Pignarone”, which on a still fine day can be heard at Tempio, and, when it “sounds loud”, is the harbinger of bad weather.

There is too, “not far off, a fountain, called “Fangio”, so cold that at certain seasons it breaks the glass into which it is poured; and wine in bottles, when immersed in it, loses its colour in a few hours. 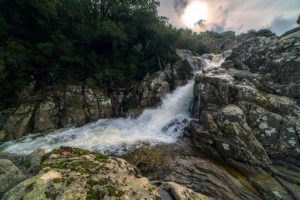 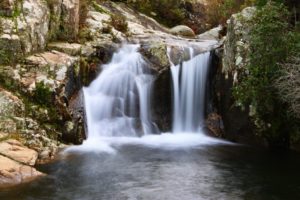