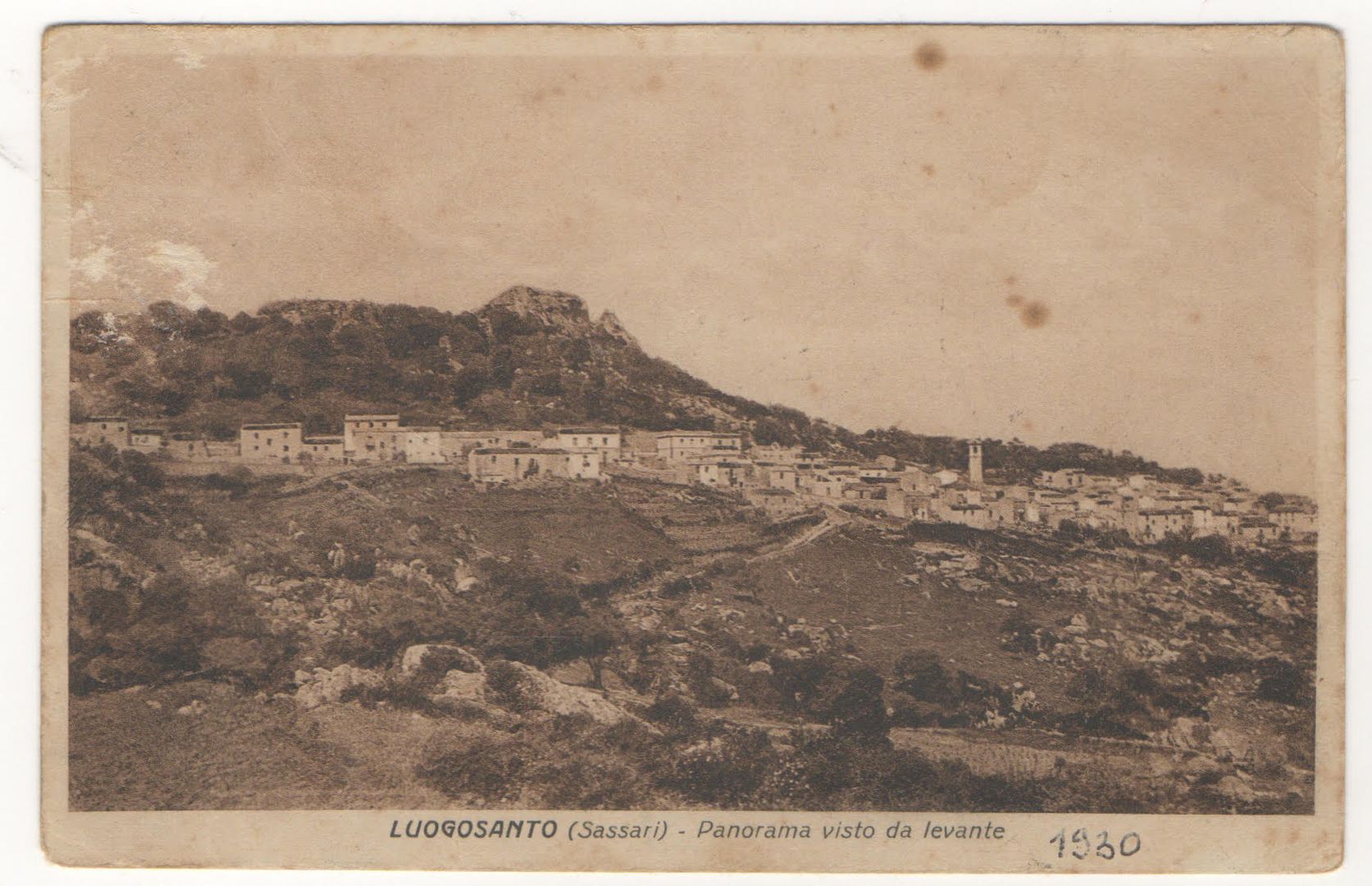 After crossing the Gemini Plain, on the road towards Parao, (the point of embarkation for and opposite to the island of La Madalena), the path lay for several hours among granitic rocks.

From decomposition and masses falling in chaotic confusion, caverns and recesses are formed of considerable size; and the shepherds, as at Luras, have not failed to attribute their formation to the giants.

In several instances continuous chambers were formed by these detached masses, some of which measured 80 feet long, 60 broad, and as many in height. 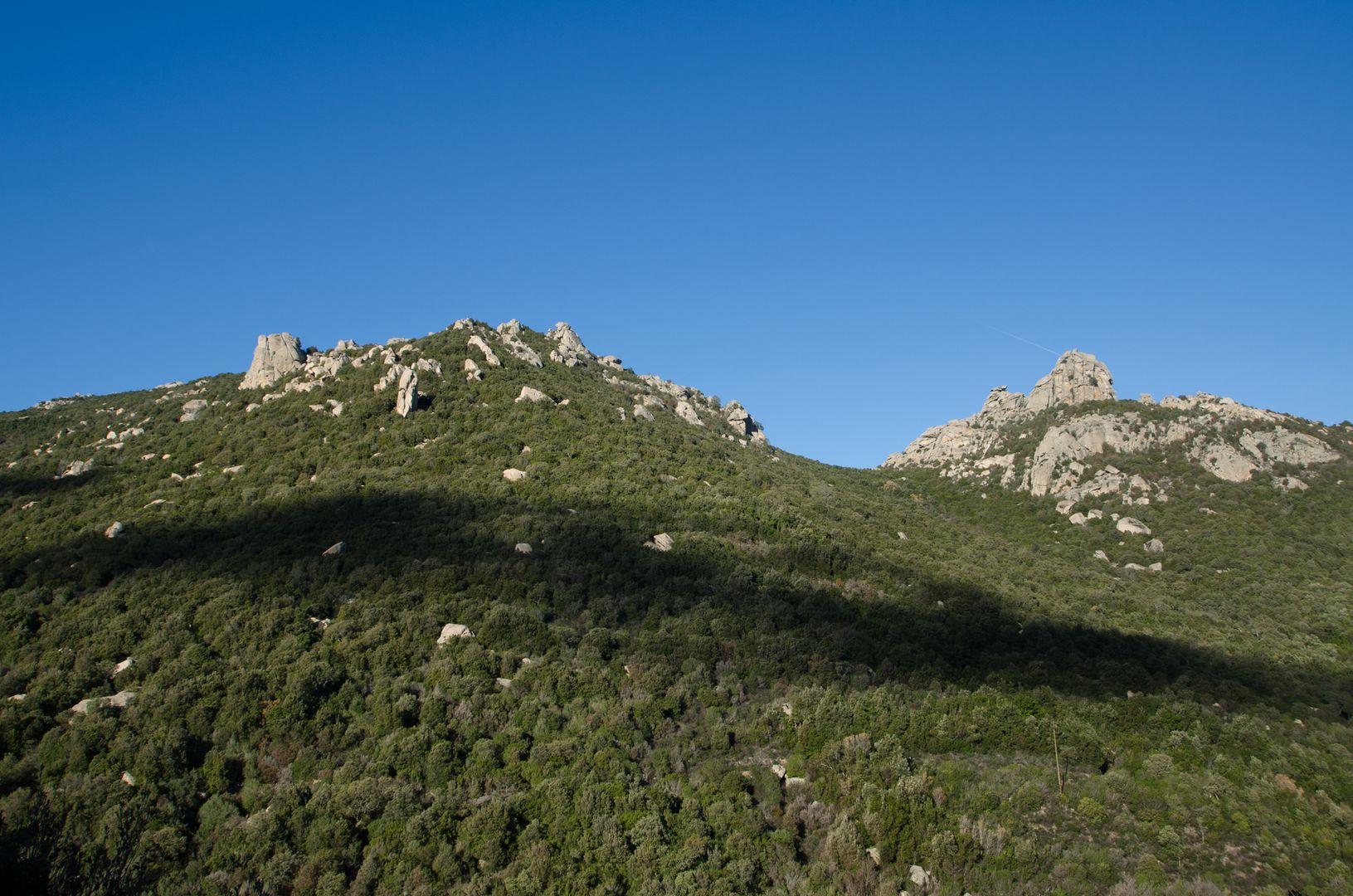 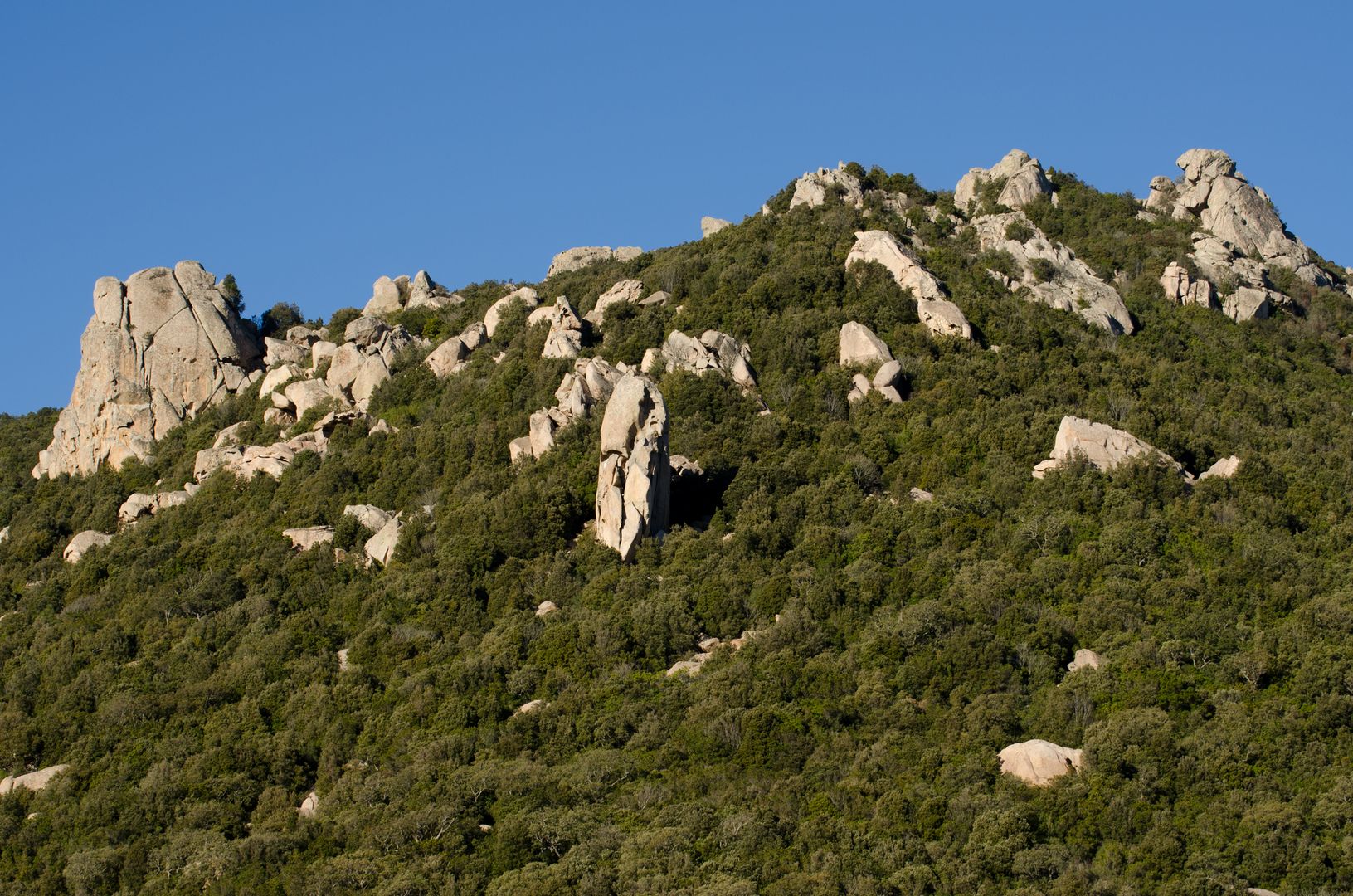 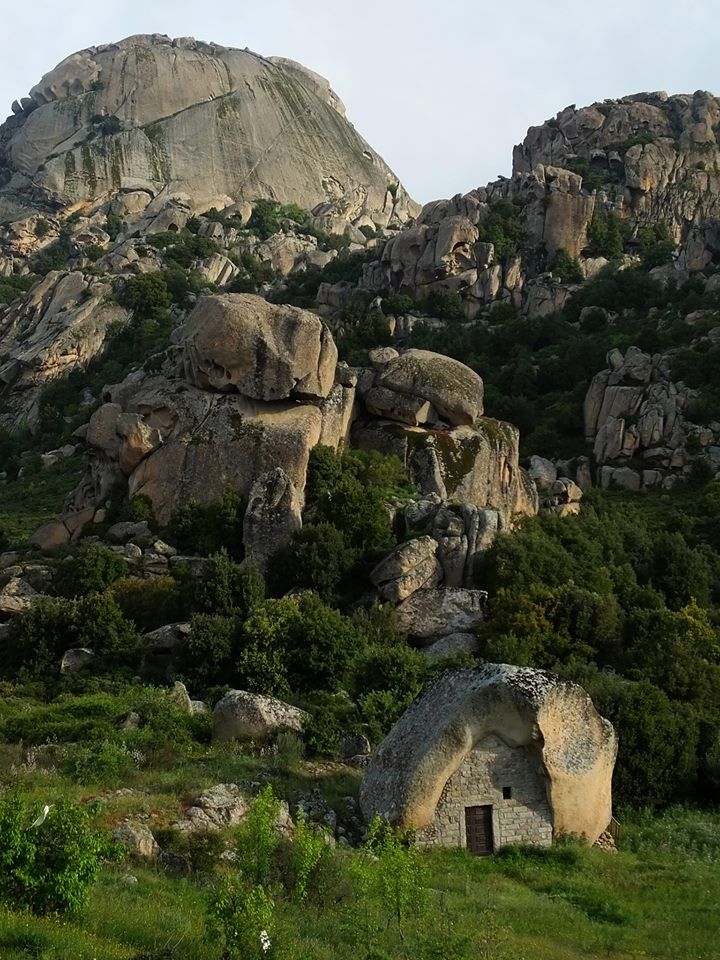 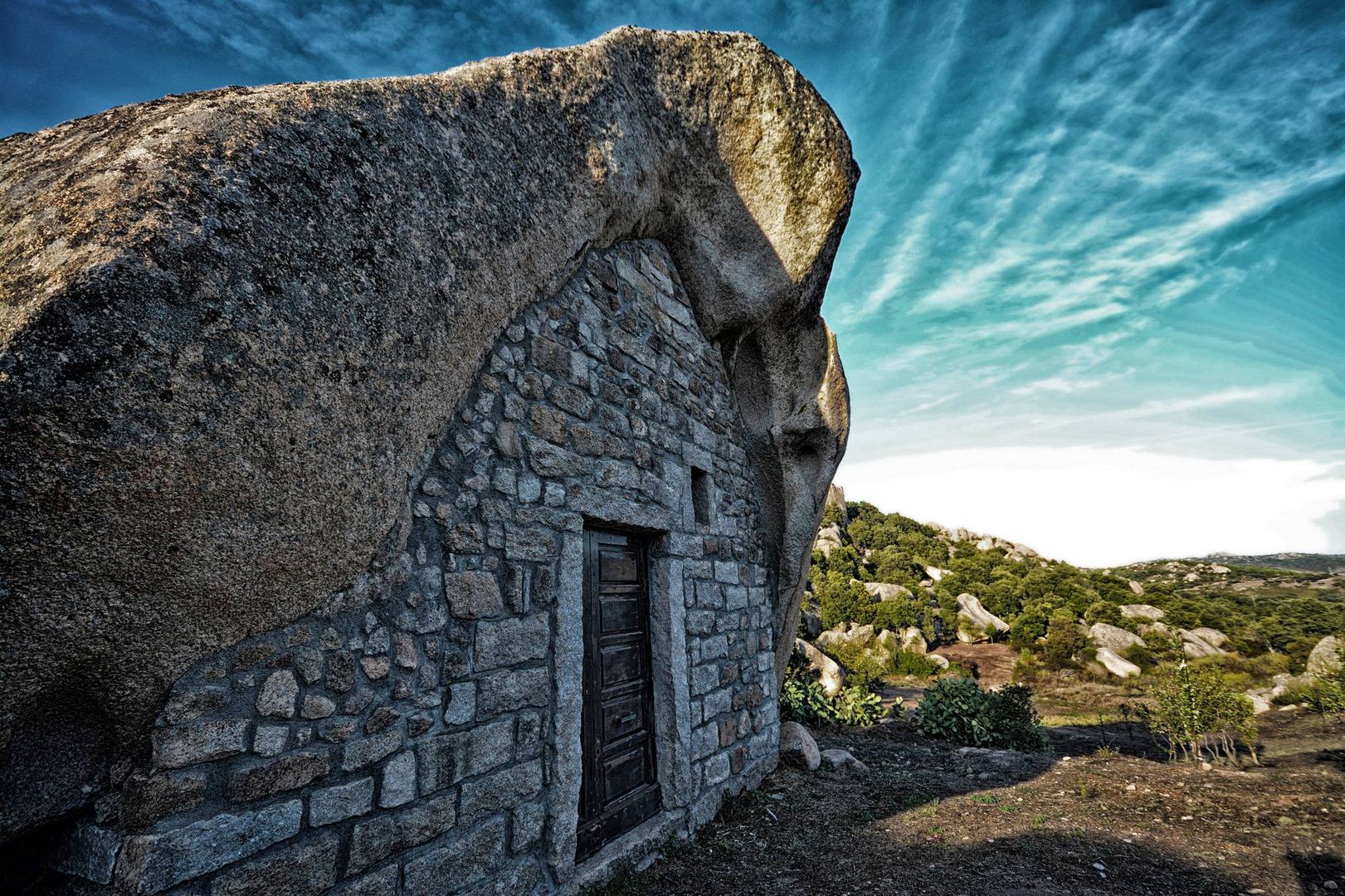 In the interstices and crevices, shrubs and plants of various kinds were blooming in richest verdure, and among them the Sedum Heptapedalum by its peculiarly bright, rosy tint, gave a warmth and beautiful contrast to the cold surface where it grew. It seemed to be a different species of the plant generally found on mountains, and is here used by the natives as a specific for sores and scrofulous complaints. 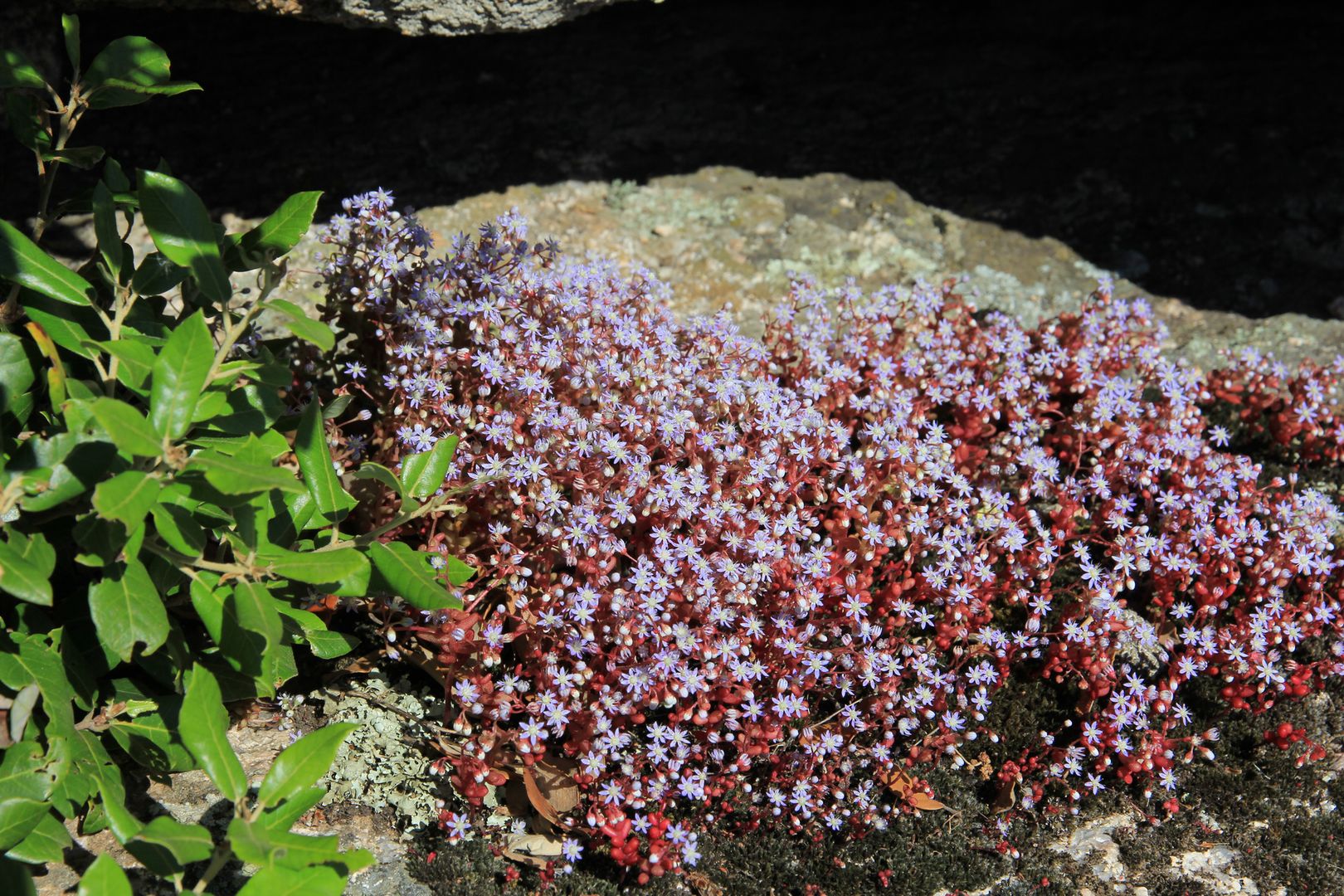 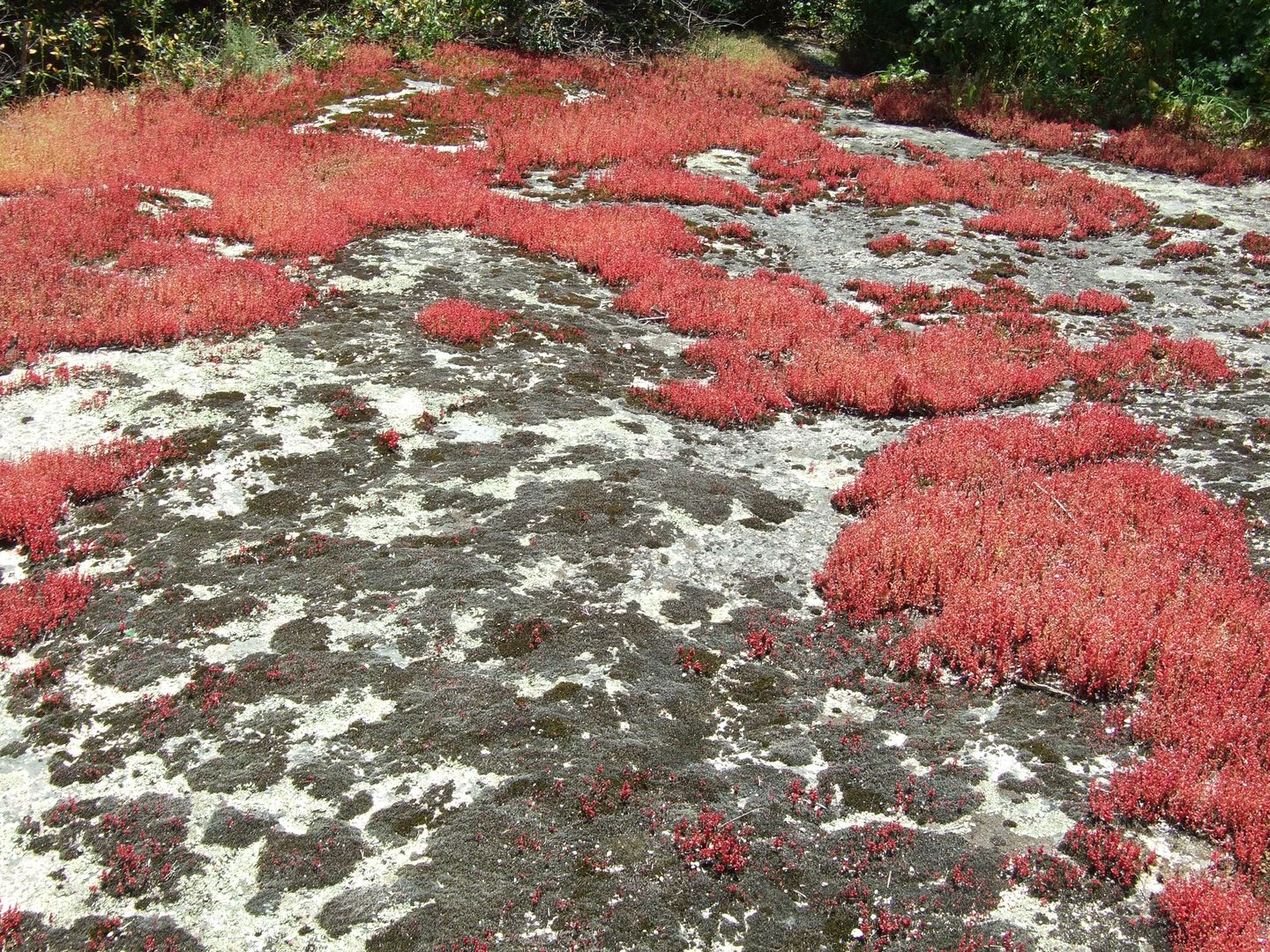 The quality and variety of the granite are very remarkable; the clear white quartz, the red and yellow felspar, the dark green horn-blende, and the black mica varying in beautiful brightness; and within the space of half a mile one may obtain all the different colored granites which the predominance of such ingredients produces. 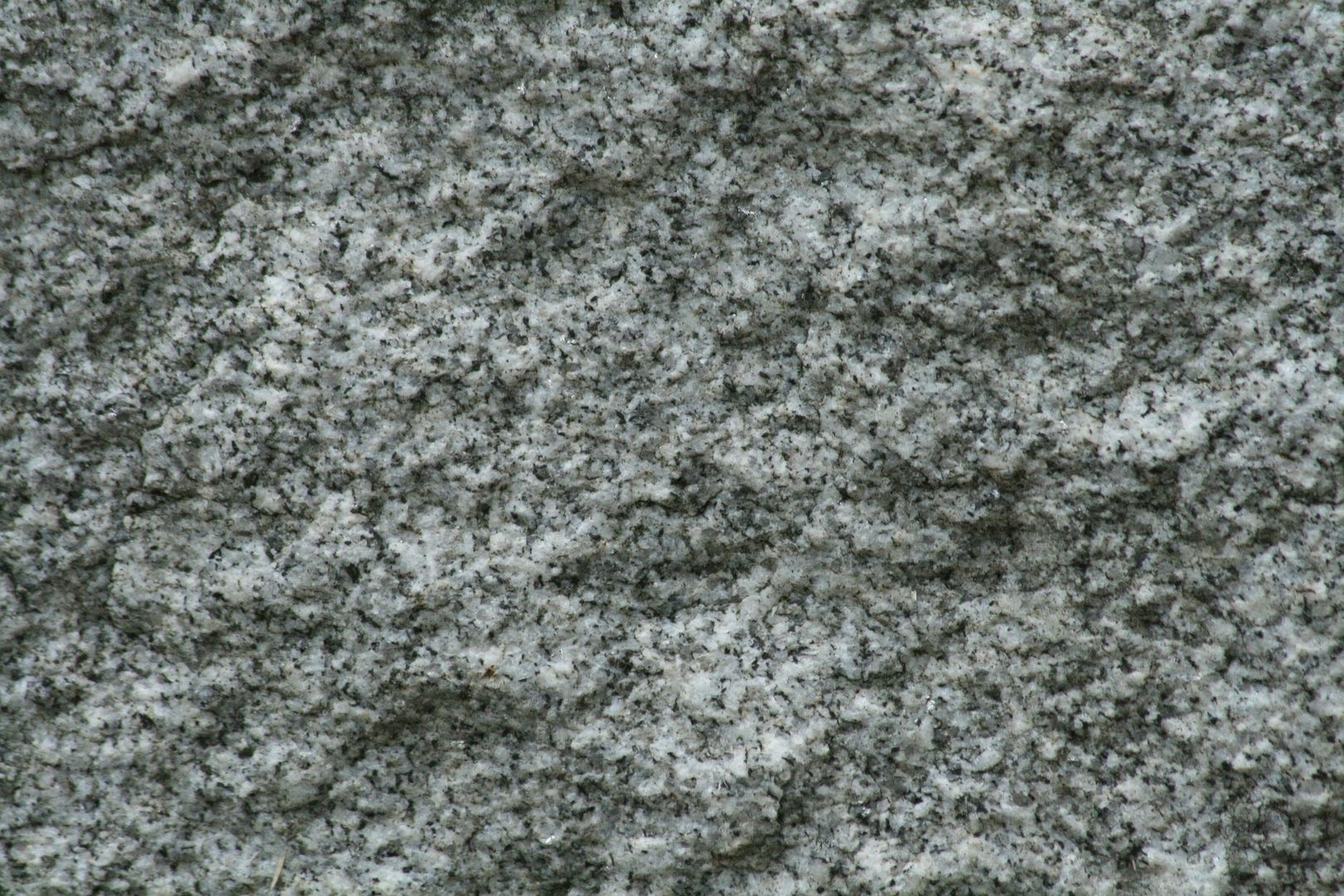 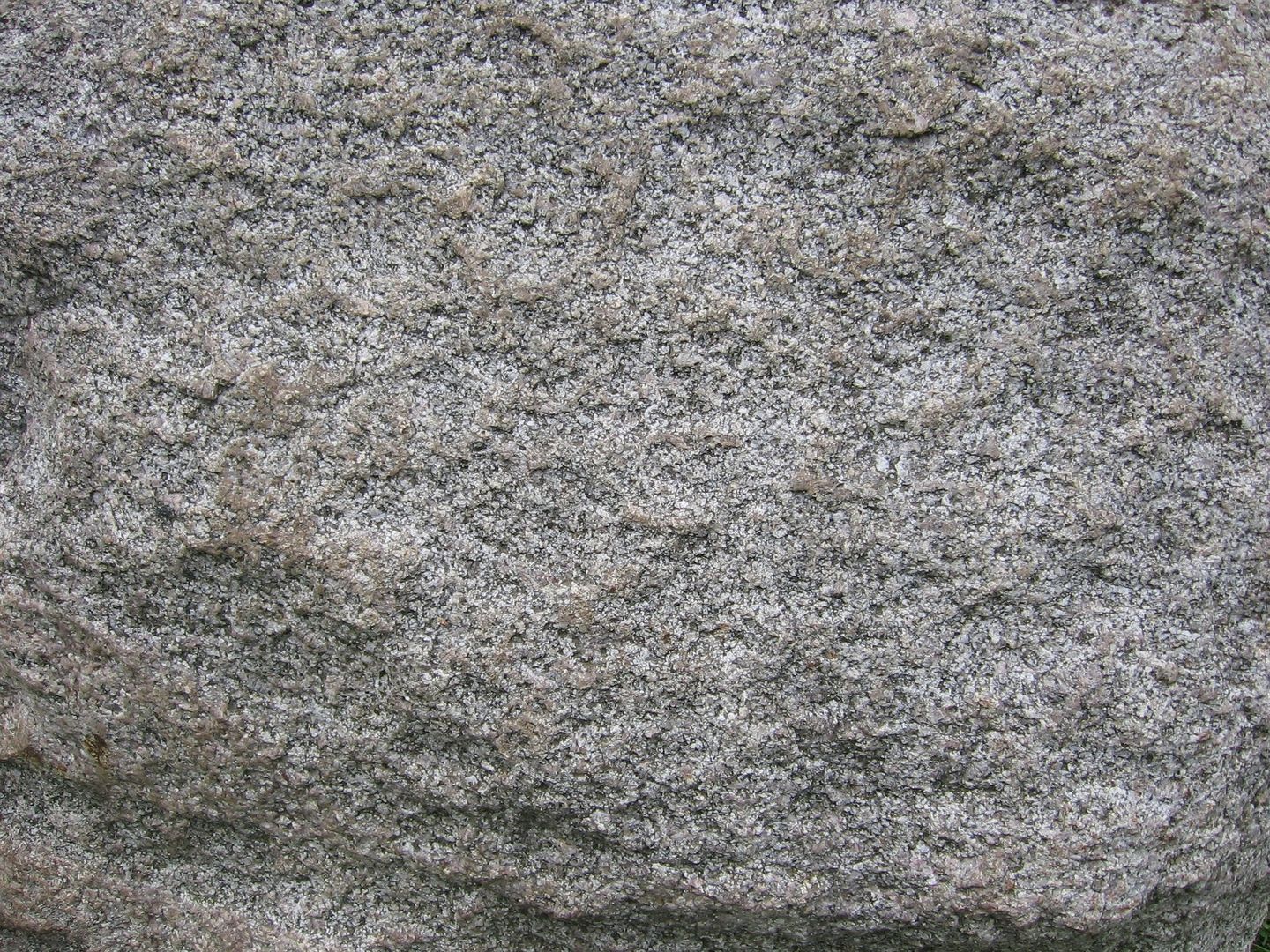 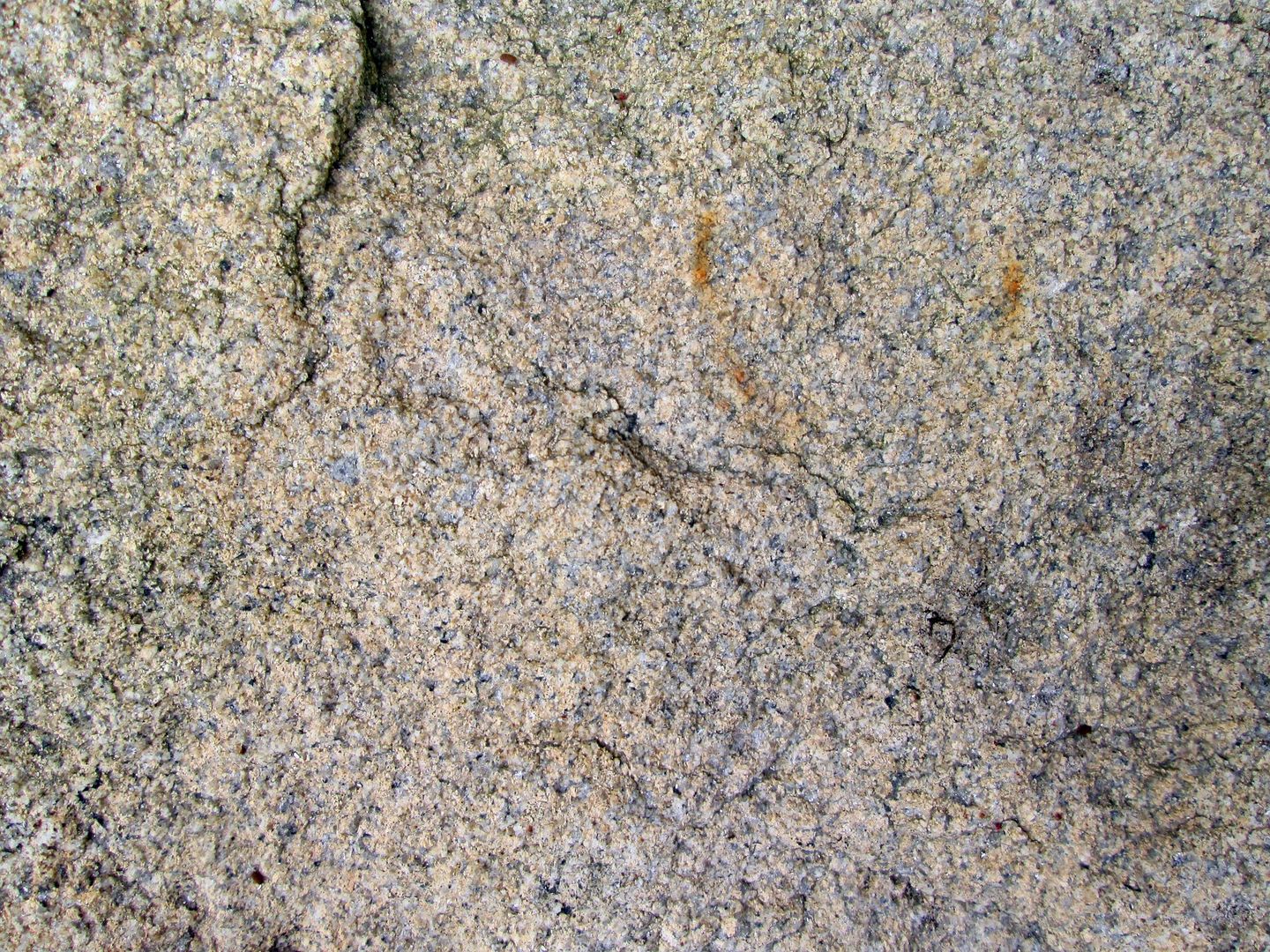 Monte Santu, overhanging the village of Logu Santu, is the Mecca of the Gallurese.

To those not possessing a requisite share of devotion, the “religio loci” does not offer a sufficient inducement to make a pilgrimage to it; but the traveller having any devotion to the works of nature, will be amply repaid by the magnificent view which the
mountain commands over the whole country, as well as by the intrinsic beauty of the position of the village.

At the summit of the mountain is a small chapel, scarcely visible amid the dark verdure of the forest in which it is concealed; and it has nothing to compensate for a very steep ascent, except the charm of its situation. 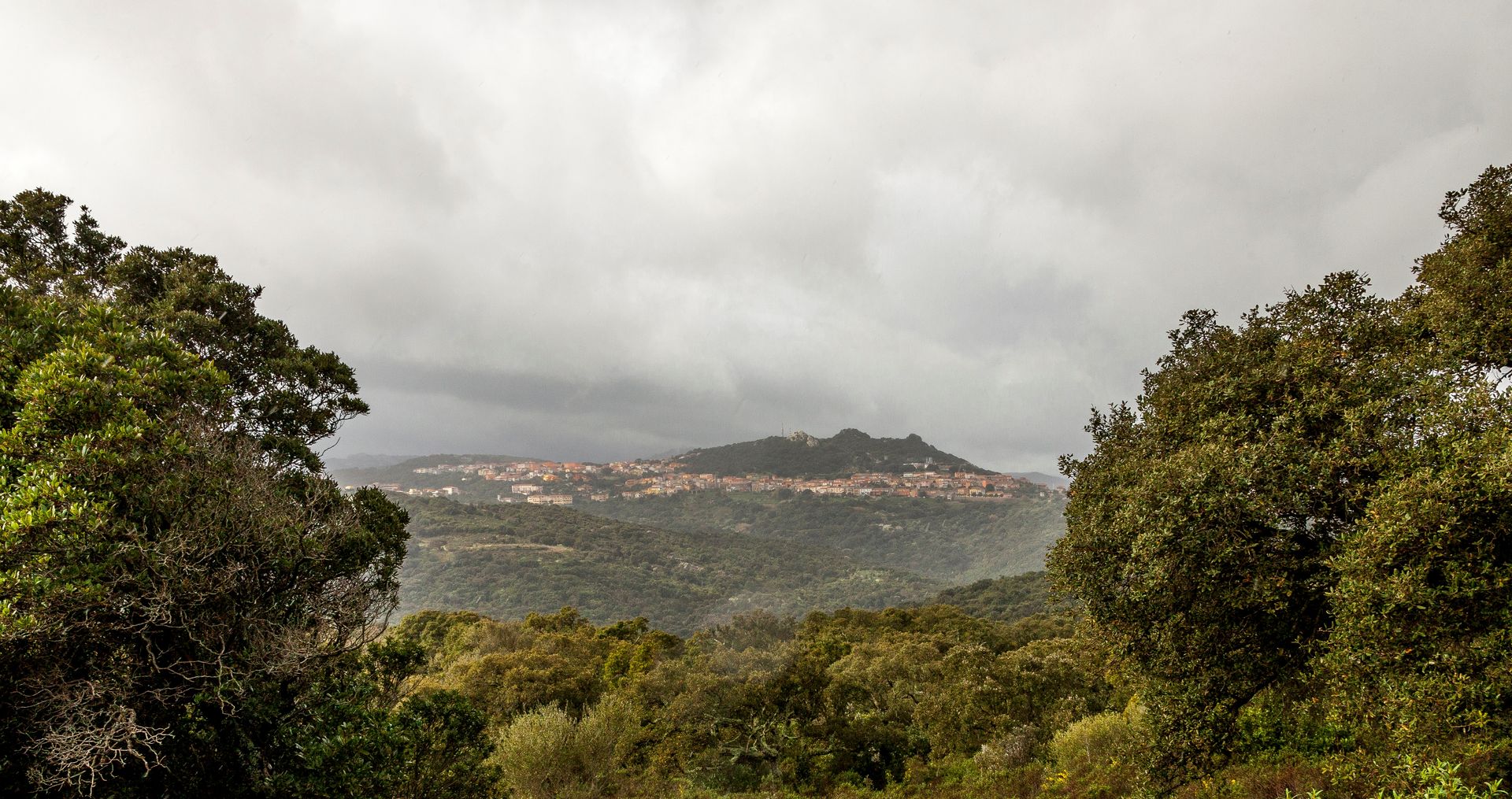 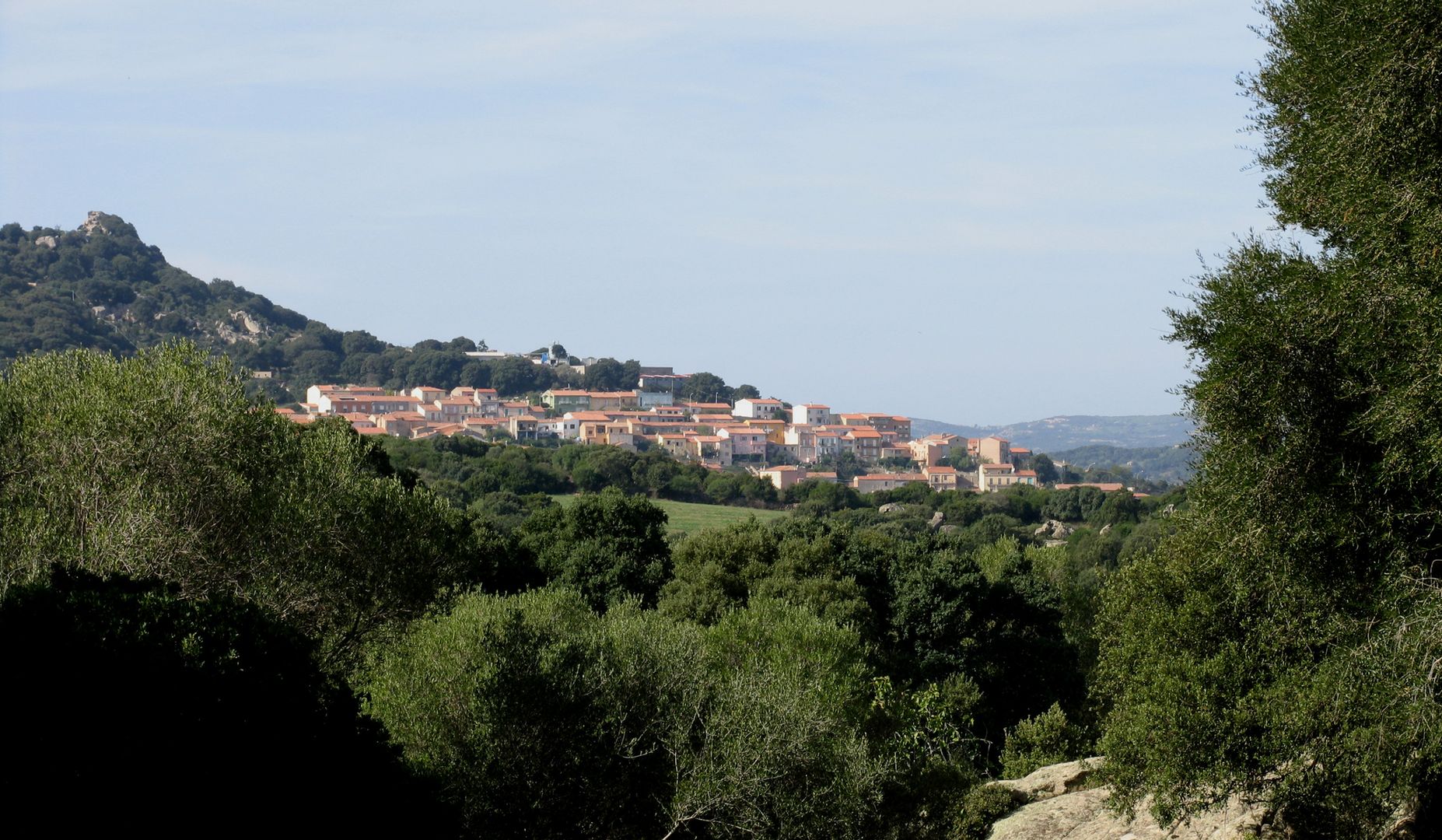 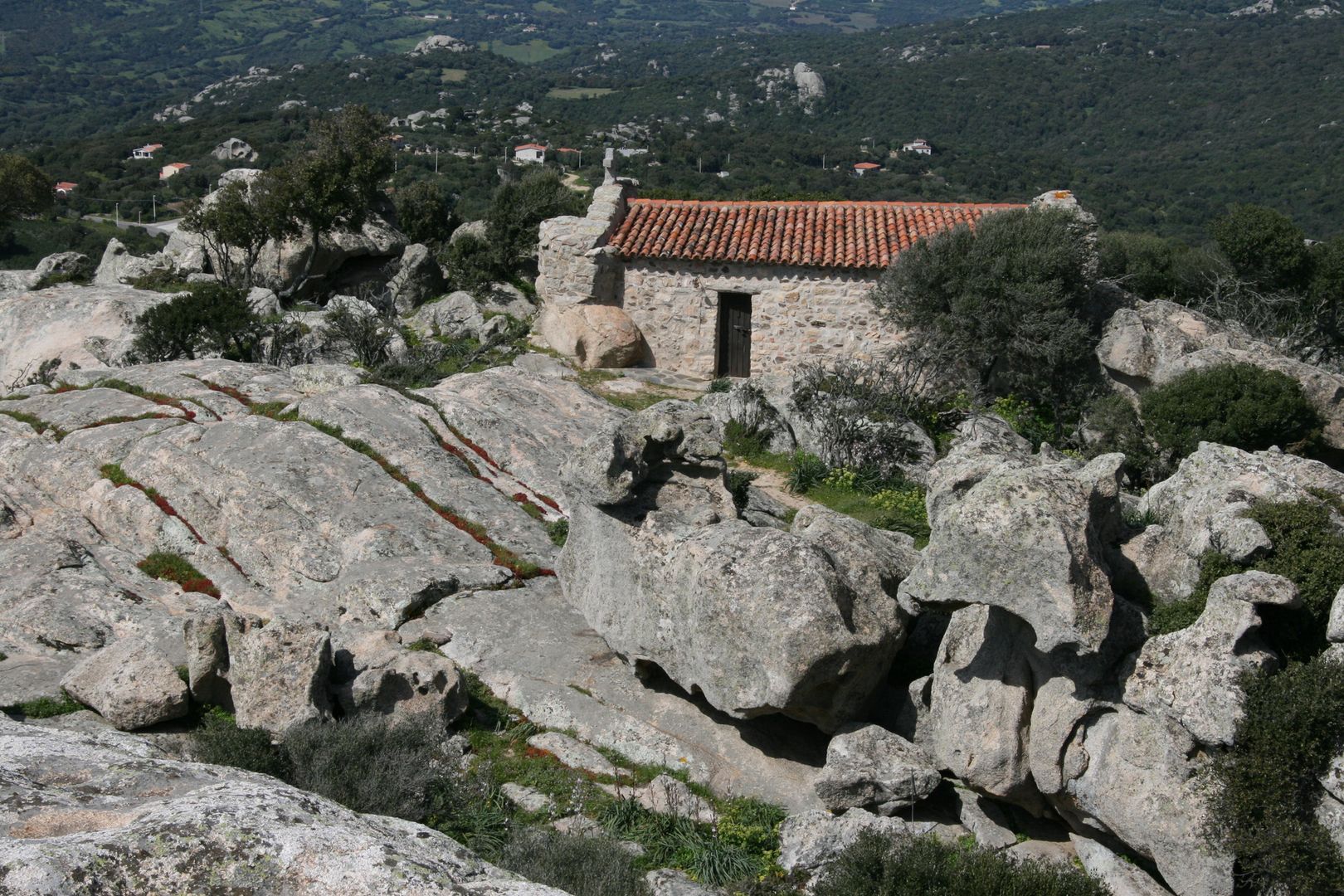 Before entering the village we should hear a little of the legend which has sanctified it, and forms so conspicuous a part in the religious creed of the people. The Sarde historians and ecclesiastics have found the subject a fruitful source of discussion and inquiry, and, amid all the contradictory accounts, it is difficult to discover which is the least absurd.

Without questioning the veracity of one of the statements – that Logu Santu derived its name from St. Paul having preached there – we may merely take the substance of a document written in Sarde, and addressed by the archbishop to the ecclesiastical corps in the year 1519.

Two Franciscan monks happened to be at Jerusalem, and while there, the Virgin Mary appeared to them in a dream, and commanded them to go to Sardinia; assuring them that in a certain secluded wood in Gallura they would find the bodies of St. Nicholas and St. Trano, who were anchorites and martyrs about the year a.d. 362. The Virgin then disappeared, the monks came to Monte Santu, and found the bodies in 1219, and by the contributions of the pious, built three churches, one to the Virgin, and two to the saints. From that period the holiness of this place has been as thoroughly acknowledged as the reality of the bones.

In recompense for the miraculous revelation, three Feste, the most important in Gallura, are celebrated in honor of the Virgin, and of the Sts. Nicholas and Trano, on which
occasions all the neighbouring communes march in procession with their banners and music, headed by the canons and dignitaries of the cathedral of Tempio; and after the usual religious ceremonies the fasting and praying are converted into feasting and dancing. 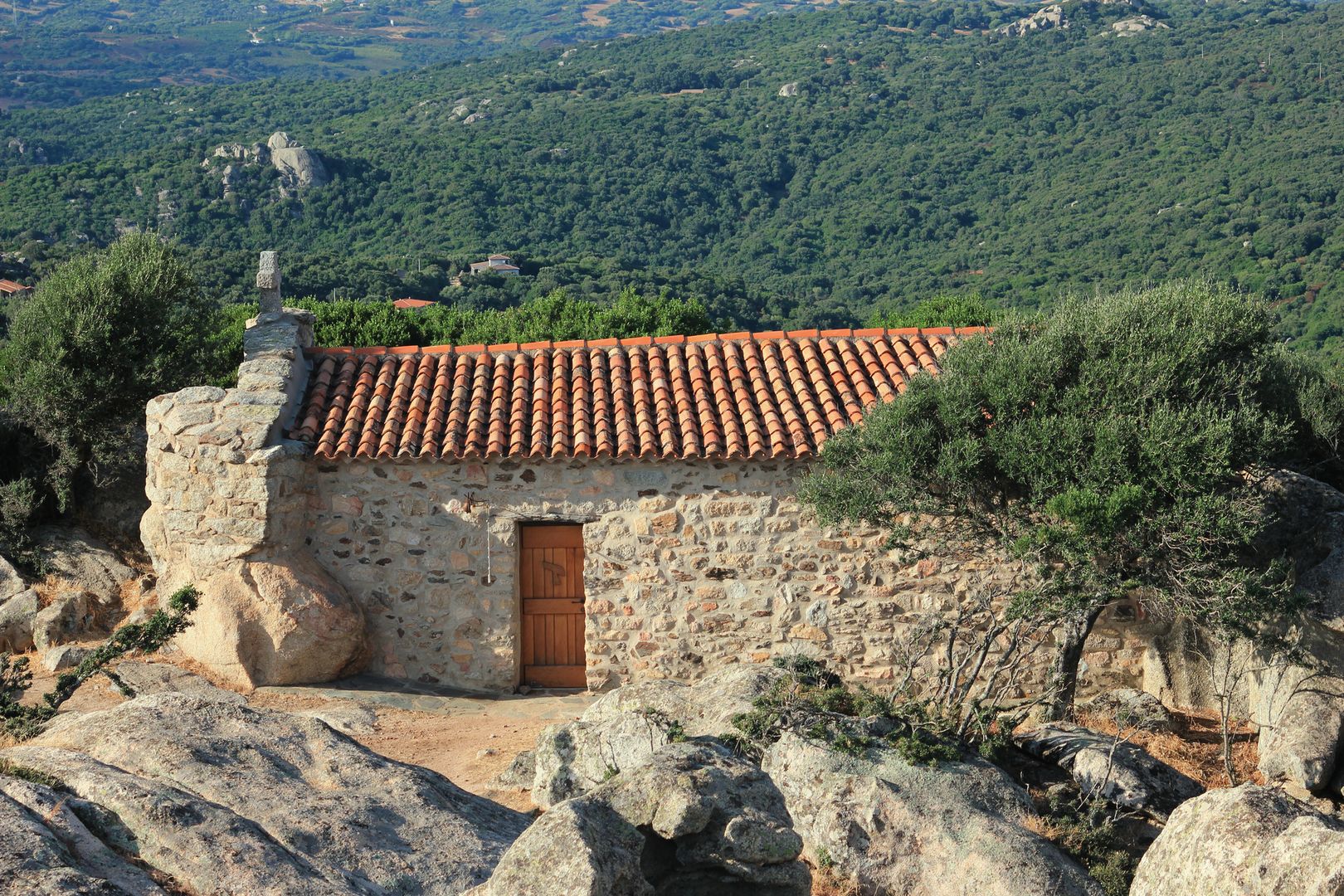 The village, consisting of some thirty or forty little cottages, is surrounded by a wall in a ruined state. The space enclosed was formerly deemed so holy, that no animal was
allowed to go inside the gates, ”nemmeno un polastro”, as the civil and hospitable cure told me; but the sanctity of bones has been succeeded by the impiety of the fowls of the air, and the beasts of the field, various kinds of which were wandering over the Terra Santa with perfect impunity. 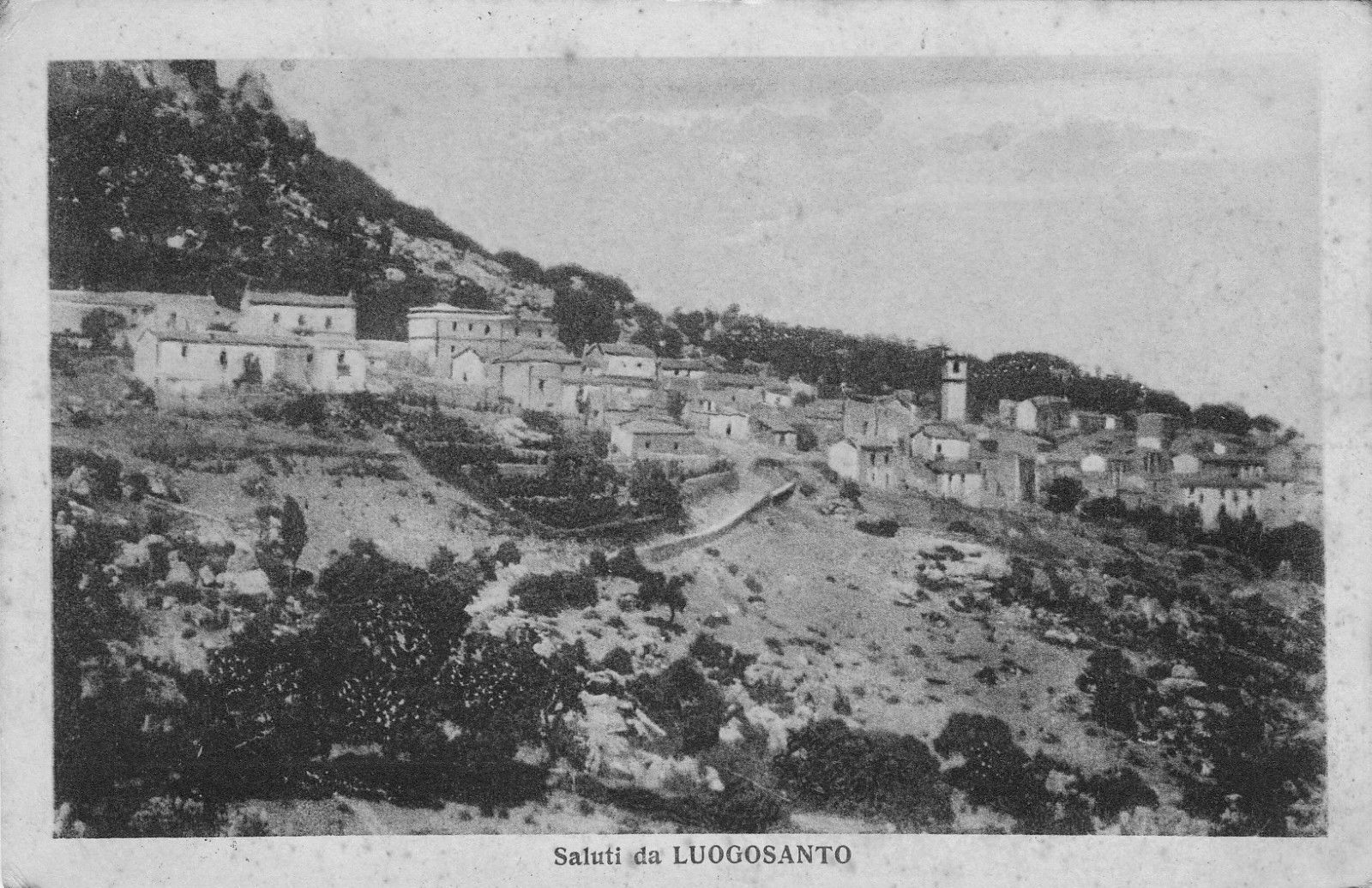 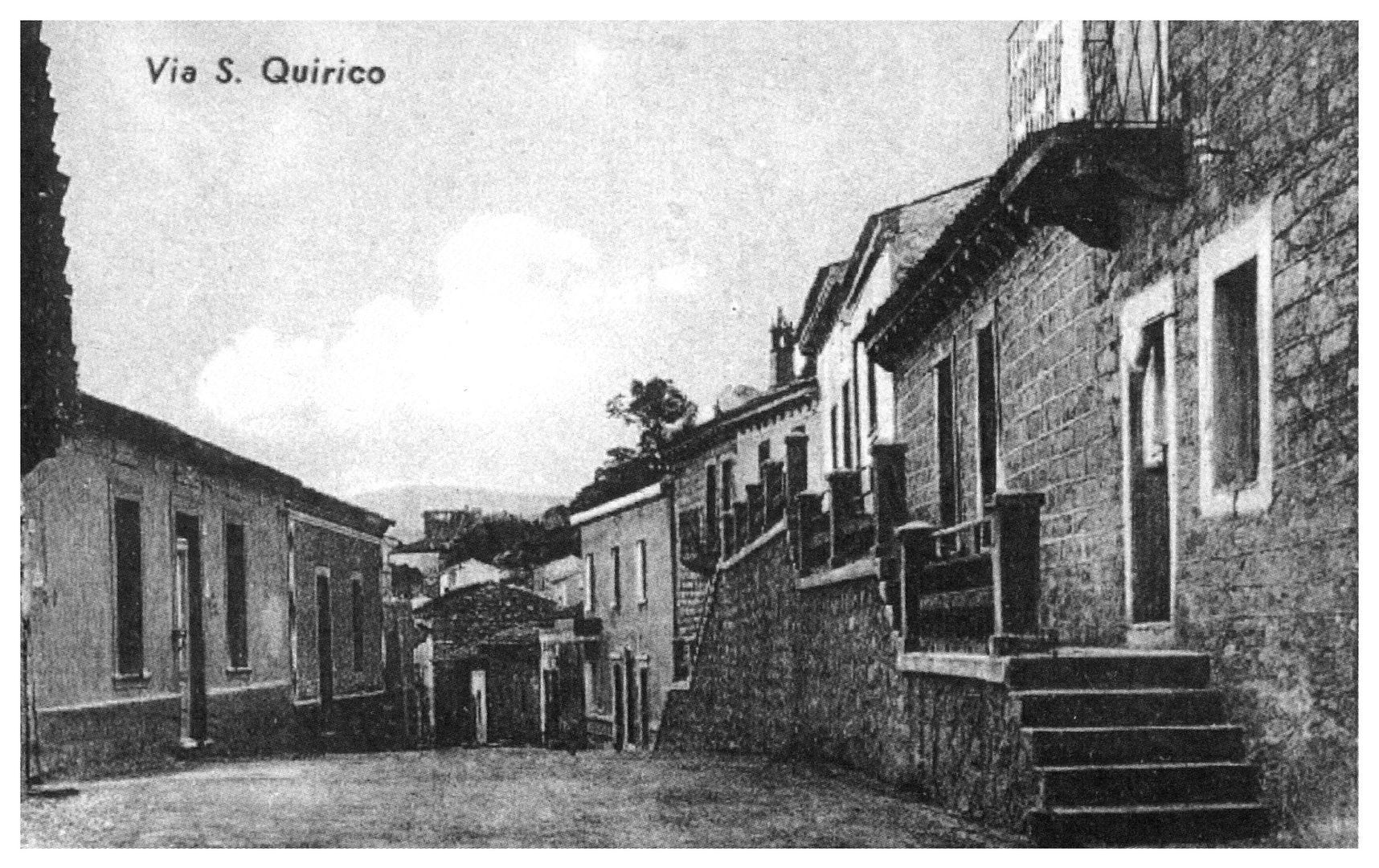 The parochial church, small and clean, is remarkable for its portico with little columns and arches. Its foundation may be dated about the middle of the thirteenth century; but it has been added to and altered from time to time.

The two other churches dedicated to St. Nicholas and St. Trano are small ruins and not worth inspection; “meschinissime cappelluccie”, as they are rightly called; and the Franciscan convent, once famous for its endowments, has disappeared.

Without feeling the transports of the Sarde historian,11/14 Gemelli, who calls the village, “locum, inquam, vere sanctum, sanctitatemque undique redolentem”, “a spot which I may call truly holy, and redolent with holiness, all around”, the traveller will be charmed with its natural beauty and scenery. 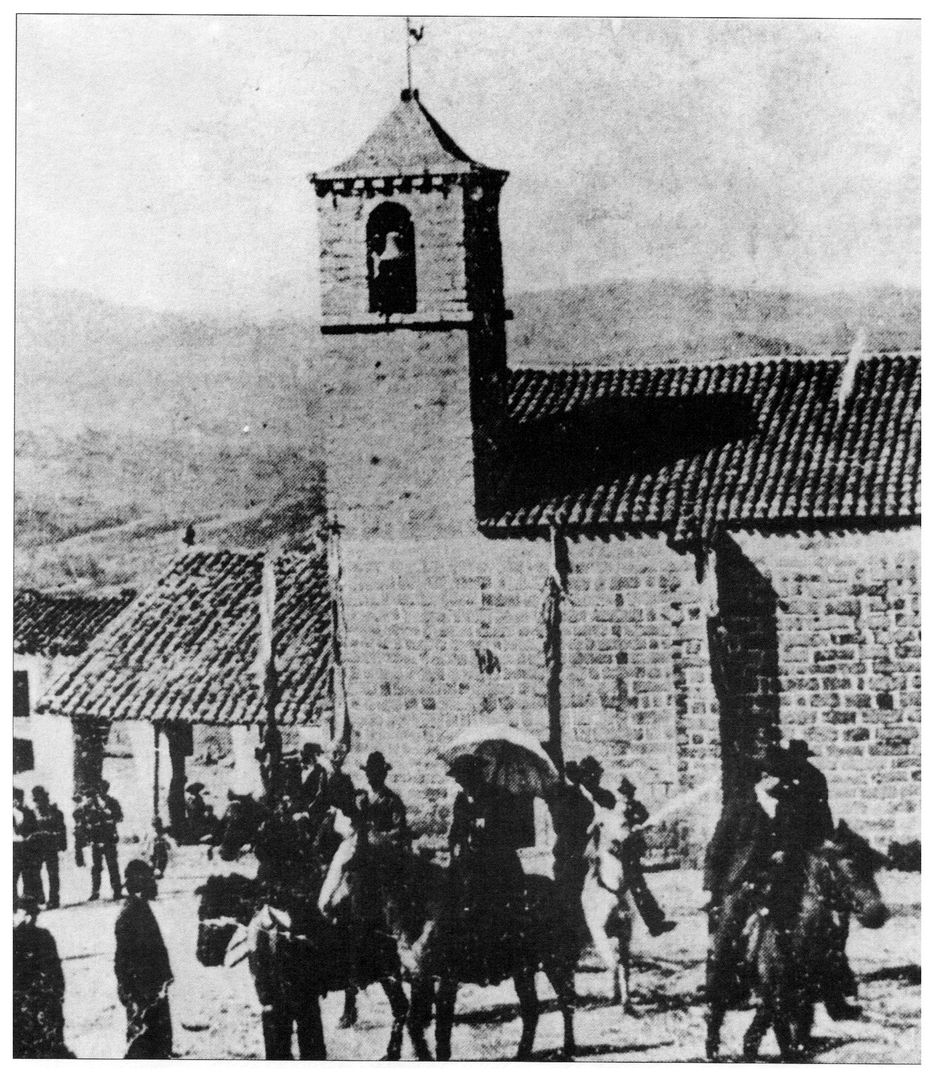 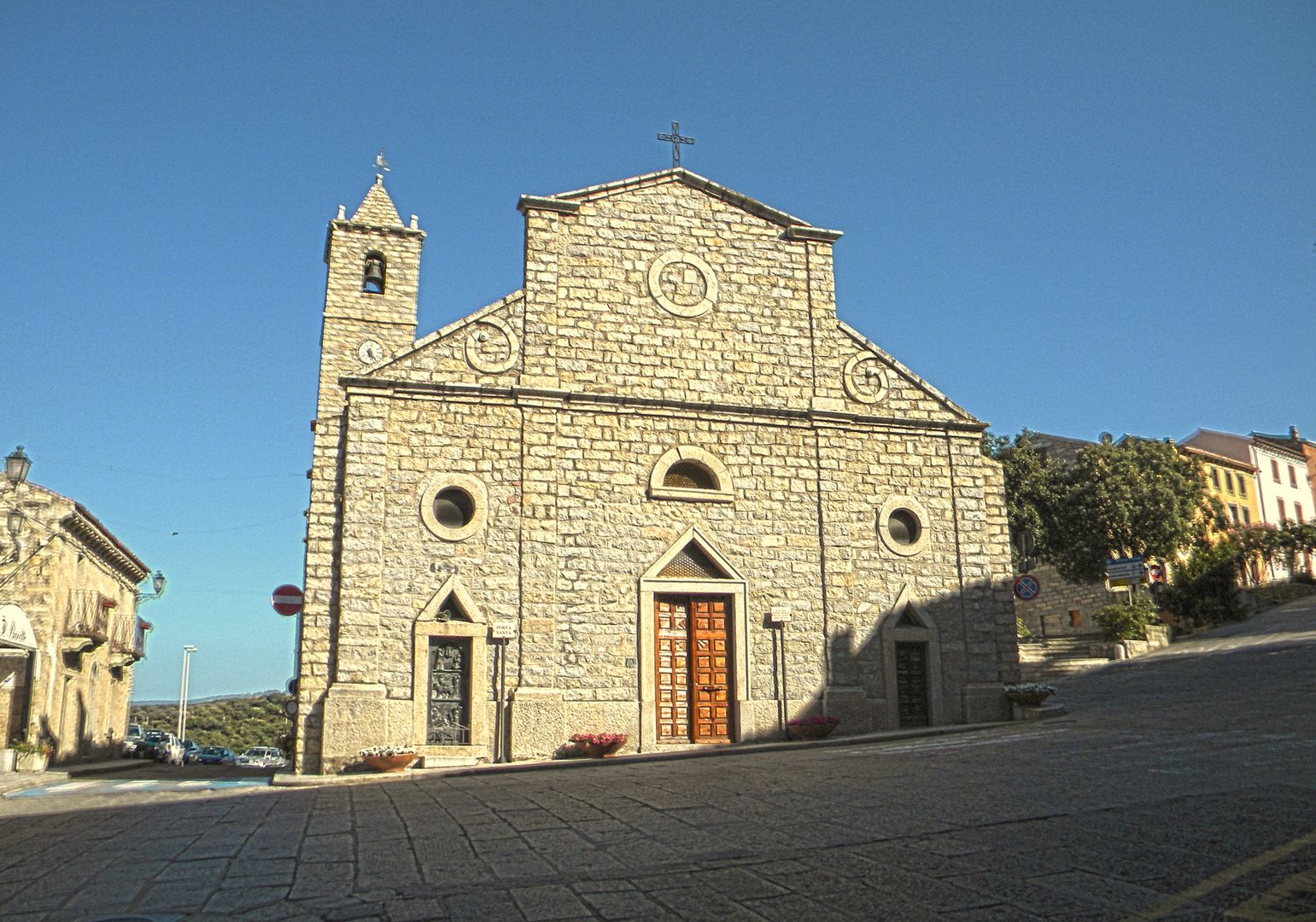 A few miles from Luras, situated on the summit of the San Leonardo, stand the ruins of the Castello de Balaiana, of whose history little is known, but the earliest mention of it occurs in 1147, when all the Giudici of Sardinia were convened at Bonarcado, to settle the disputes then existing between Constantino, Giudice of Gallura, and a noble family named Comita Spano, who claimed possession of it.

The remains of the castle are few, its greatest side being only about 50 feet; though its outlines and fortifications are extensive and include a small chapel and cistern. 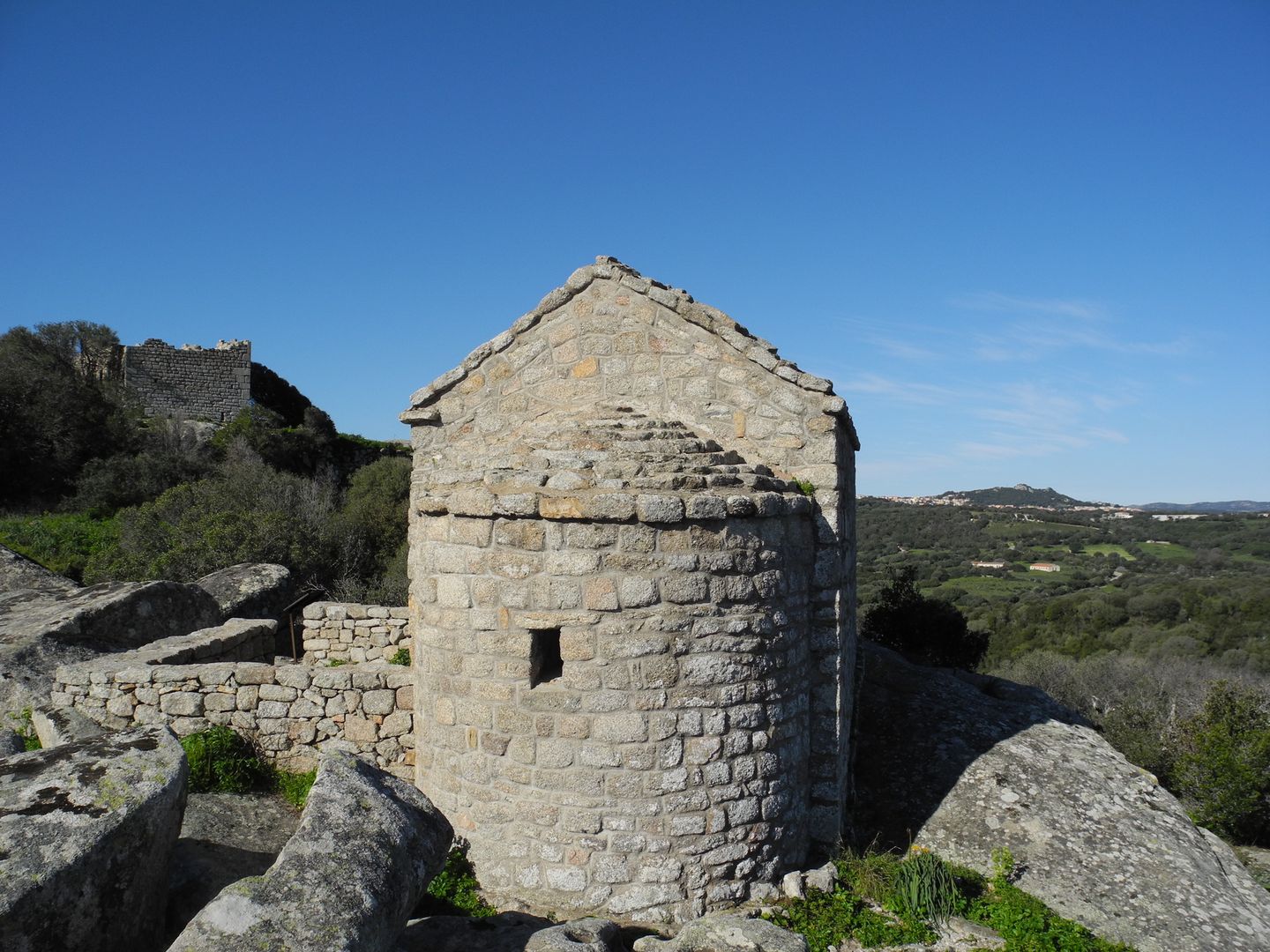