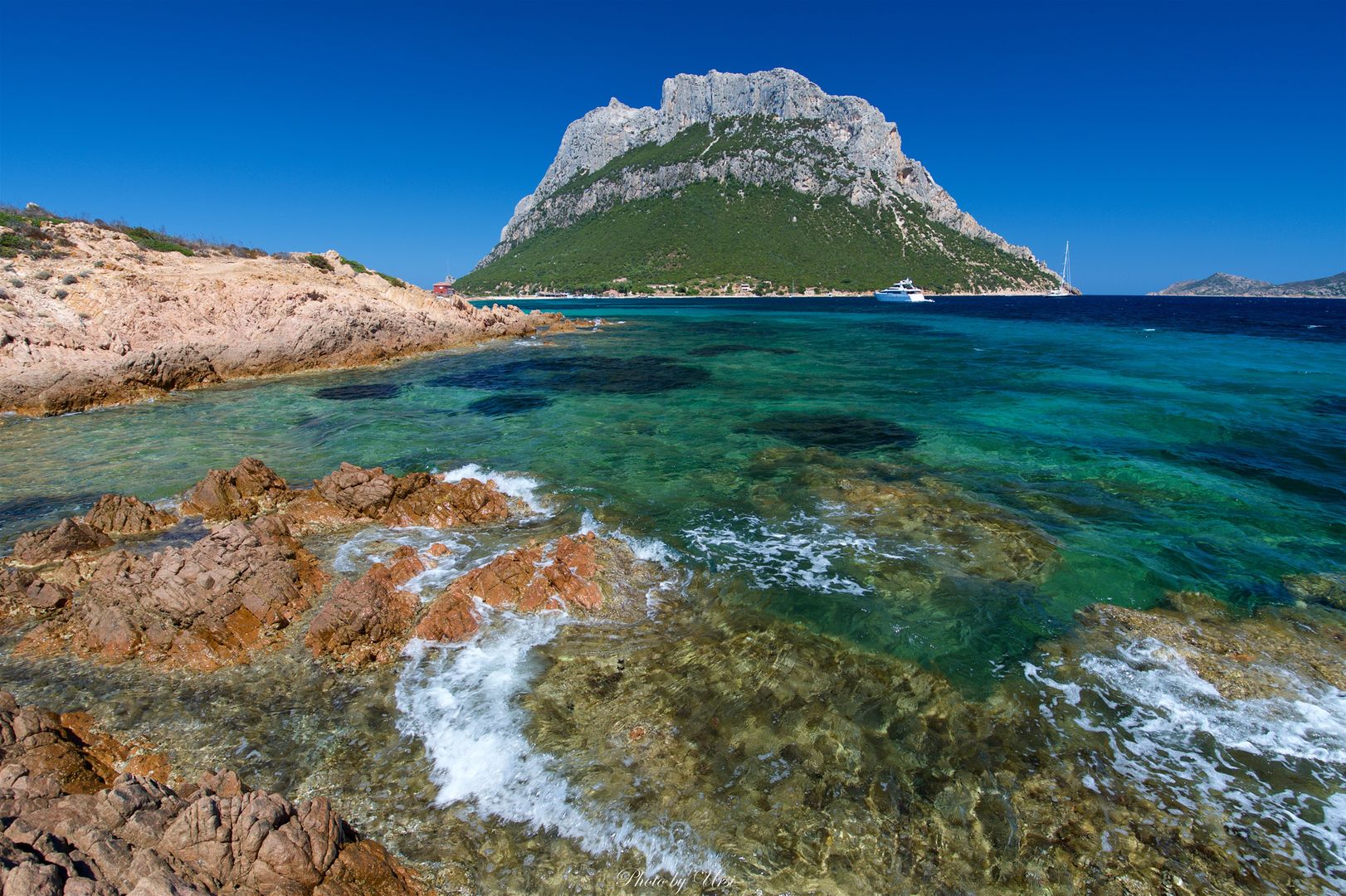 Between the capes of Coda Cavallo and Figari is the gulf of Terranova, about ten miles across, studded with the isles of Tavolara, Molara, Tauladetto, and Figarello, with various smaller ones; and possessing, in its several fine anchorages, natural facilities for extensive naval and commercial operations. 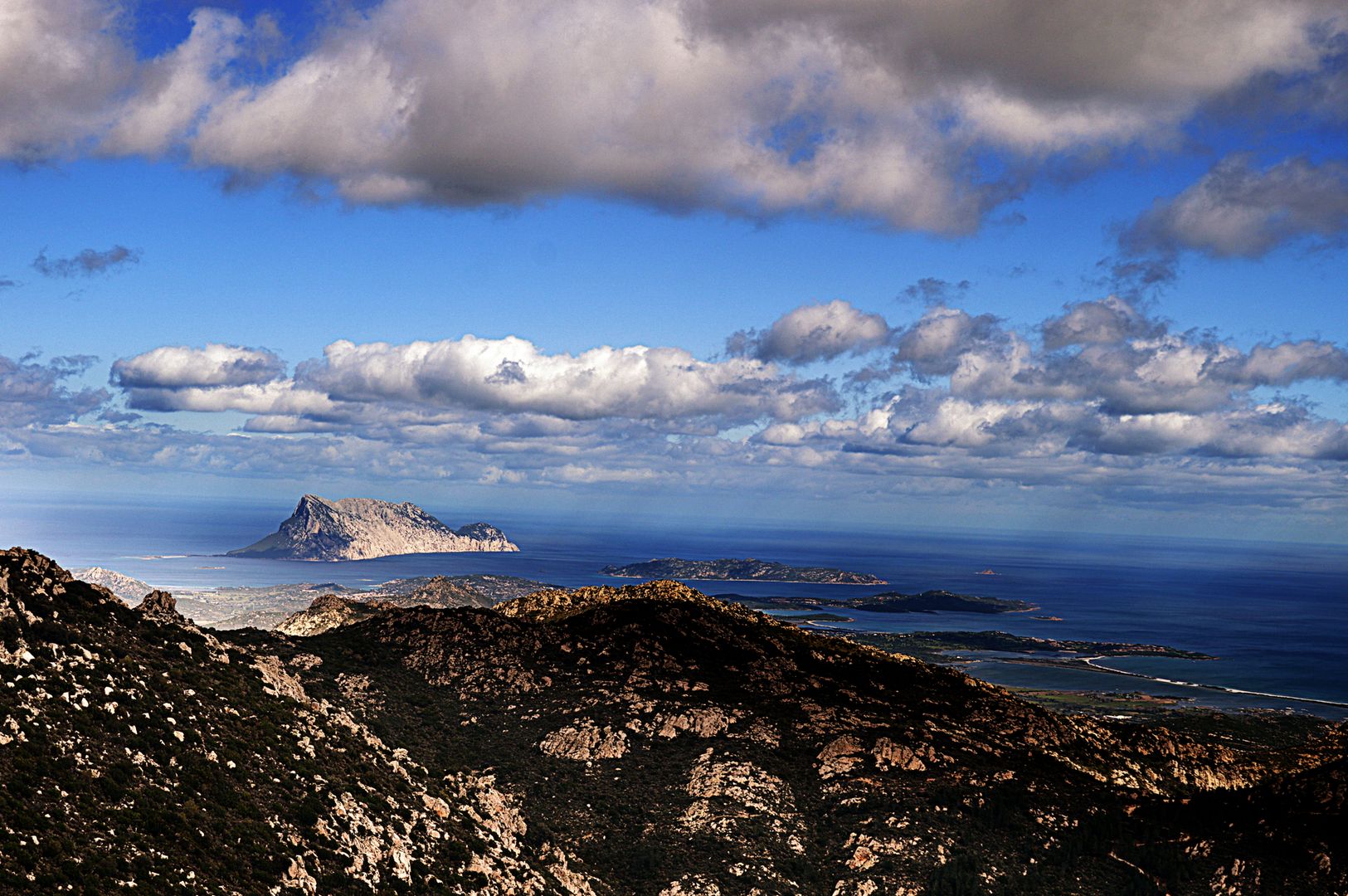 Tauladetto, the outer isle, is a small conical red rock, quite bare of vegetation, about sixty or seventy feet high; divided from Molara by a channel more than two miles wide, and twenty fathoms in depth, with a small rock nearly mid-channel. 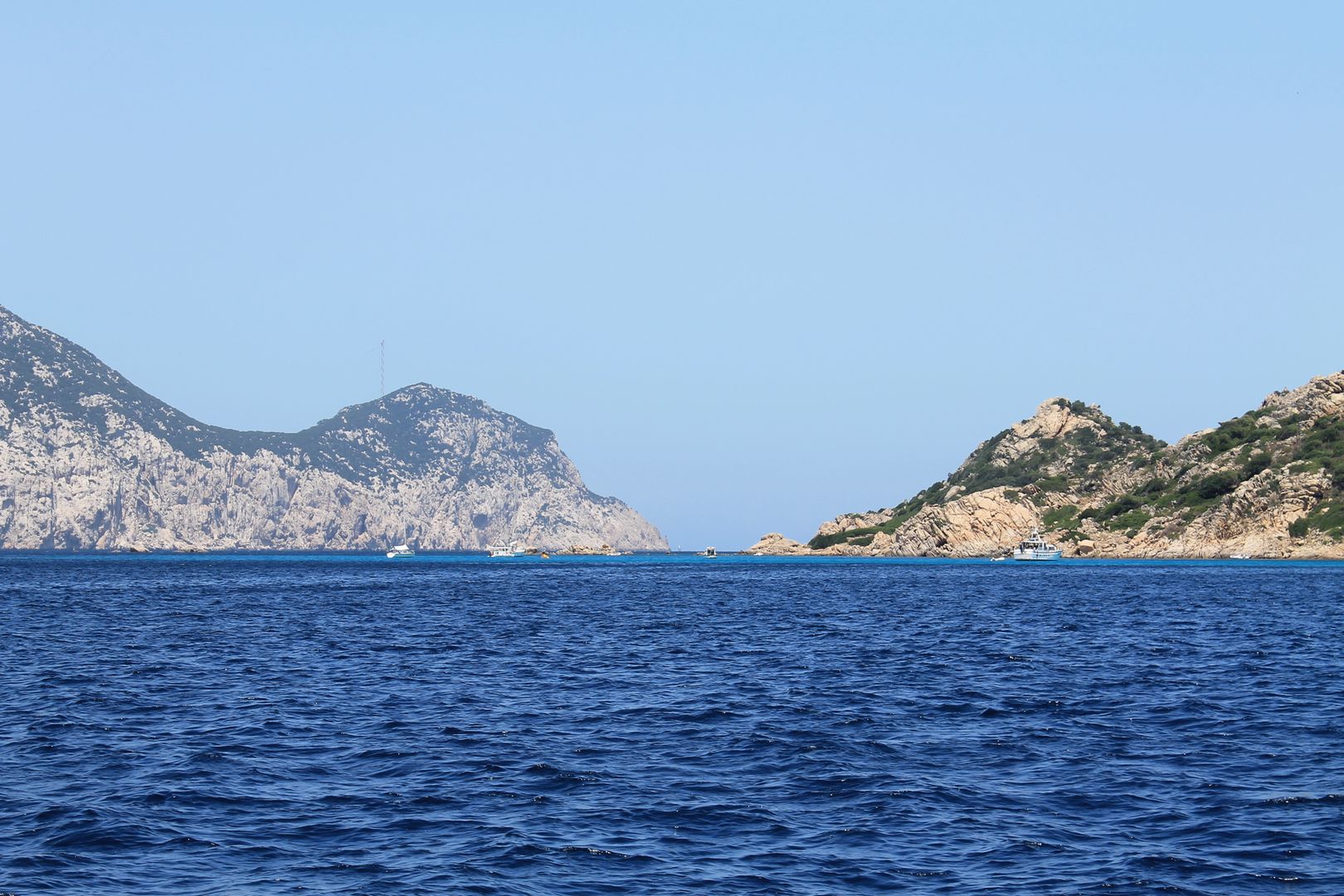 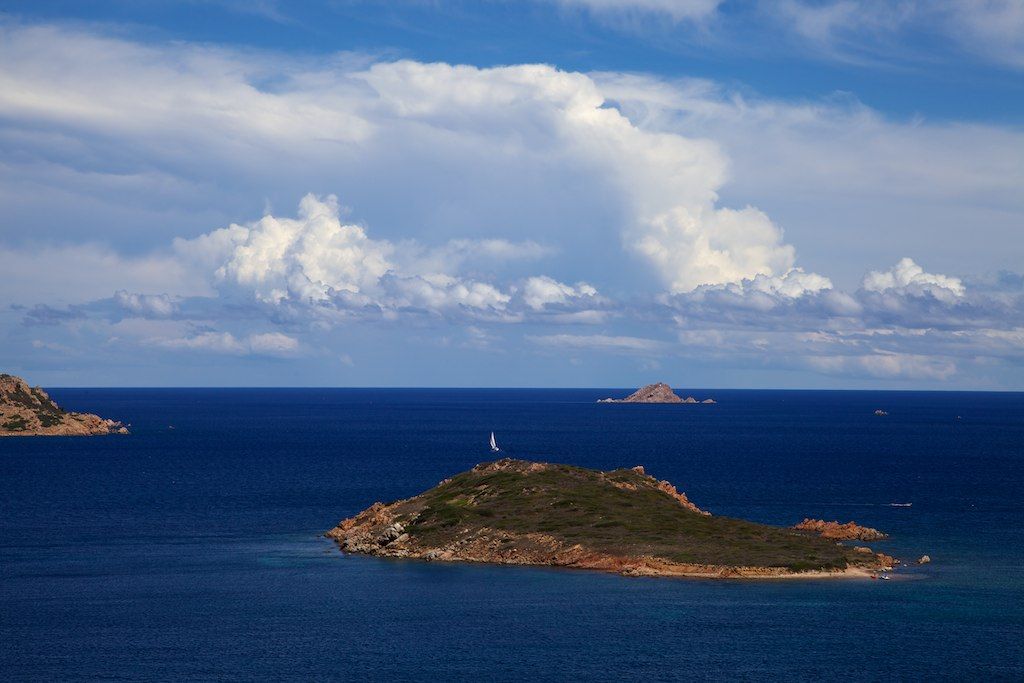 Molara, by some called Boscuda, is a granite rock covered with brushwood, and since the British attack on Algiers, has been inhabited by a few Sards: it was the Buccina of antiquity, and much prized for the purple dye procured from its shell-fish.

Between Molara and Cape Ceraso are some tolerable anchorages, of which the best is Porto San Paolo, a place easily entered by the three several channels of Tavolara, Molara, and the main.

Care must be taken, however, in rounding Cape Ceraso, on account of a dangerous shelf of rocks; for during our survey, a brig struck on them with a free wind, and sunk so instantly, that had not two of our boats been near, and afforded the most prompt assistance in rescuing the crew and passengers from off the topsail yards, every person must have been drowned. 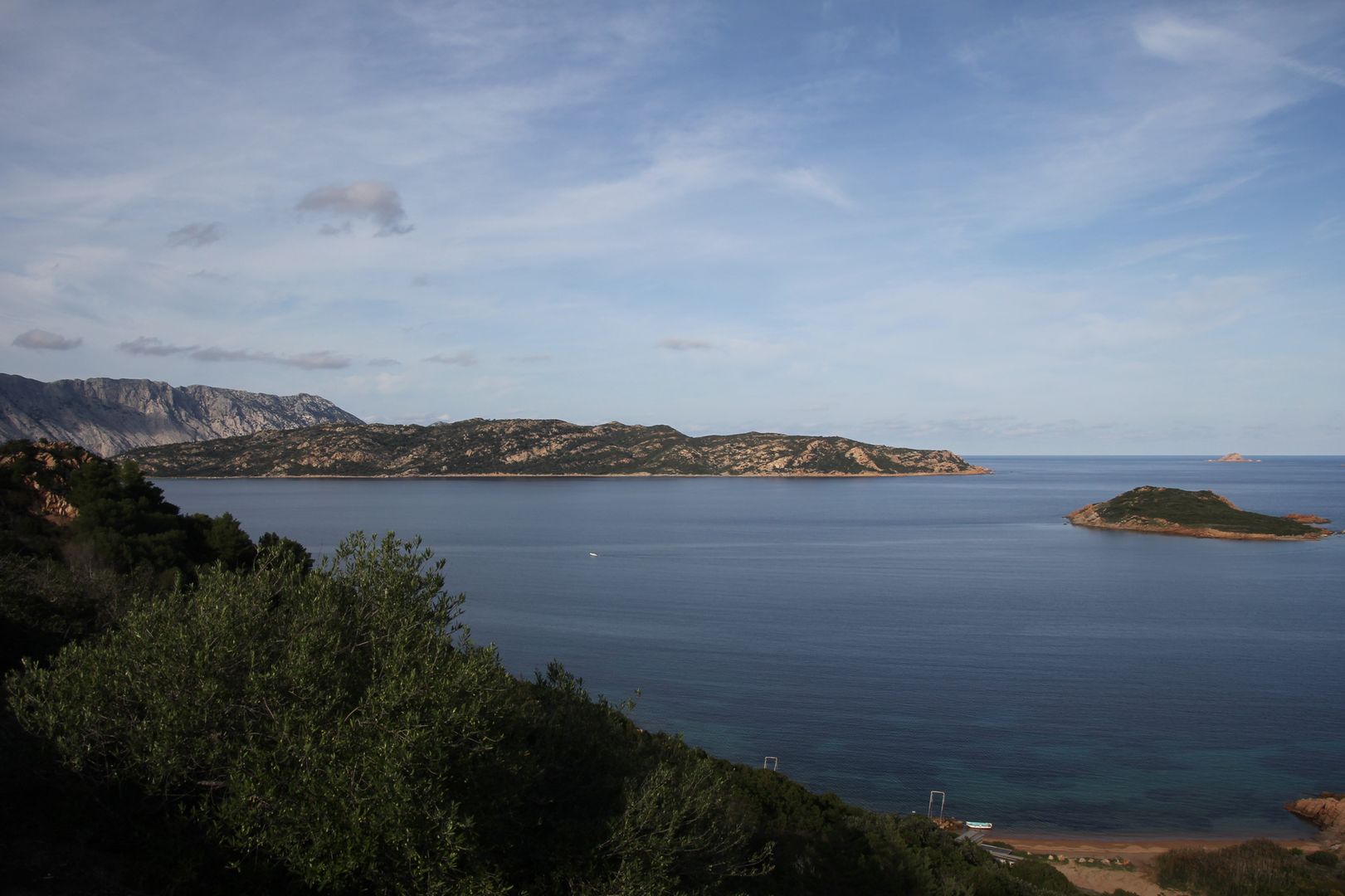 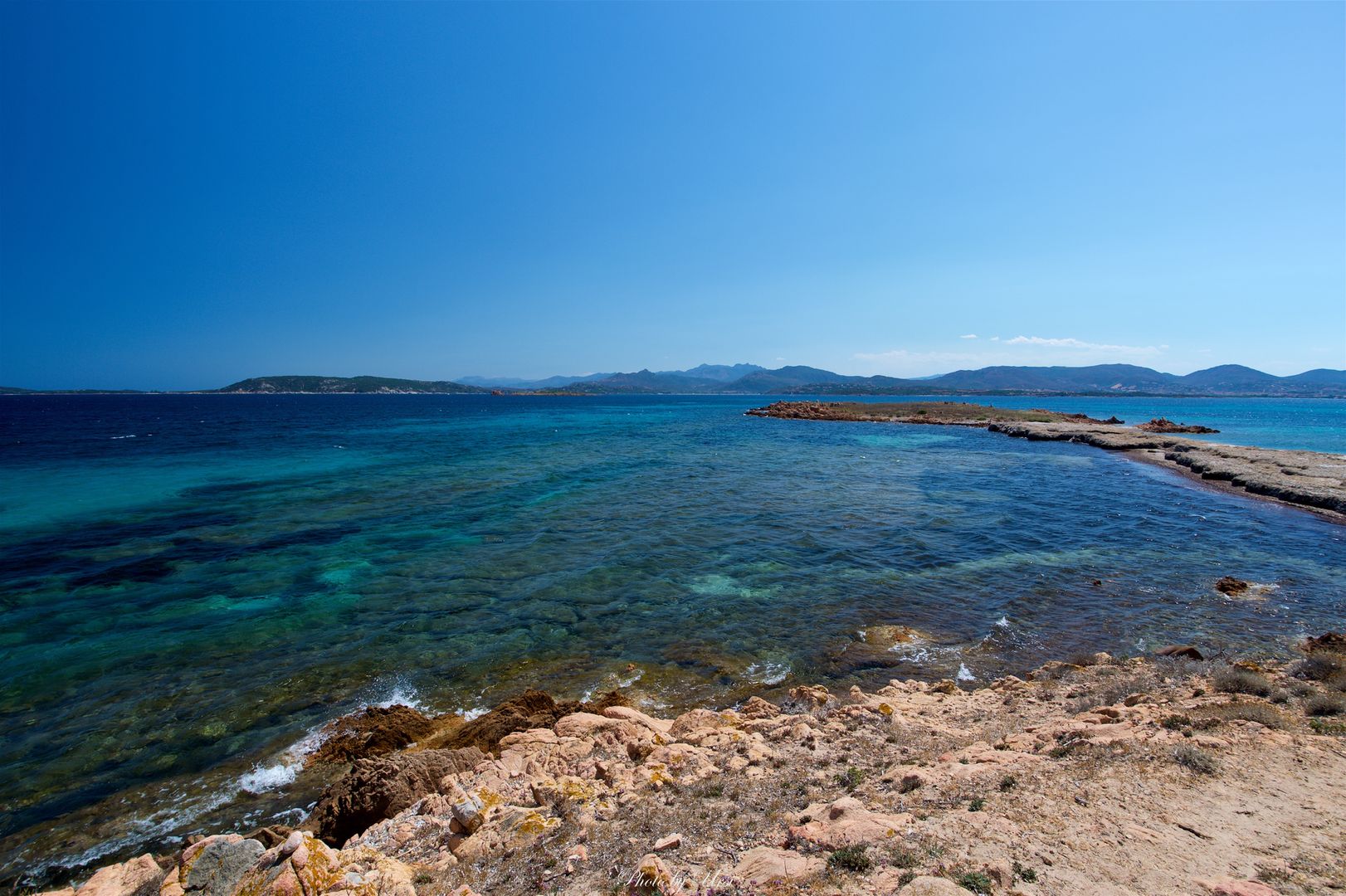 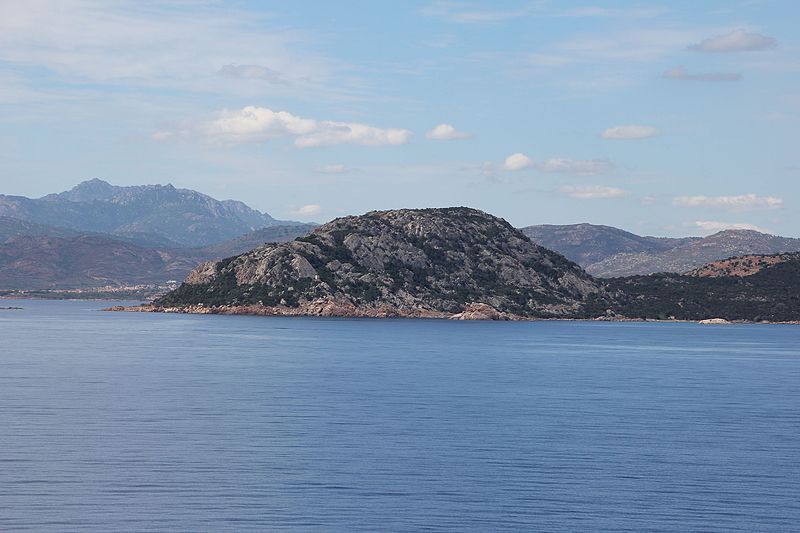 Tavolara, the ancient Hermaea, the principal of these islands, presents at the first glance only a series of inaccessible cliffs. The N.E. point is high and conical, with a cove called “Spalmador di fuori”, just inside of it; in this cove two or three vessels may lie in westerly winds, in five fathoms mud bottom, and a little water may be procured in the sandy isthmus at its head, by digging pits. The position of the centre of this beach is 40° 53′ 54″ of north latitude, and 9°43′ 36″ east longitude.

The eastern point is singular, from a sharp pinnacle terminating a serrated ridge, and a large perforation near it, called the “manaco”, or handle. The S. W. part of this islet forms a semicircular bay, called “Spalmador di terra”, with a sandy beach, where vessels also anchor.

The whole is a mass of compact limestone, similar to that of Monte Albo, and nearly 1500 feet high. It presents a rich treat to the botanist in its numberless curious plants, amongst which the “avena selvatica,” or animated oat, is alike remarkable for its delicacy and beauty. 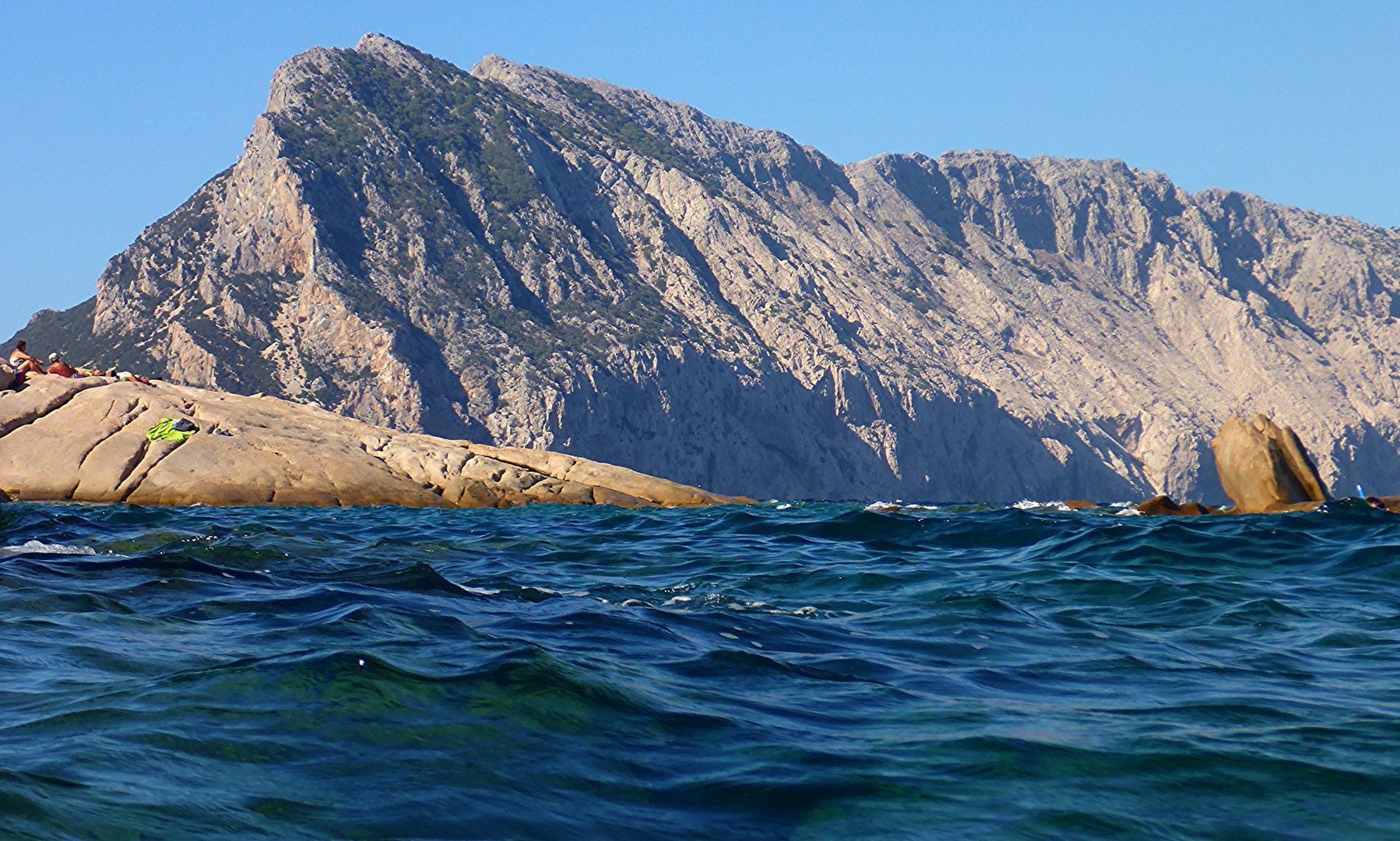 Tavolara, as its catachretical name expresses, is a flat tabled mountain, but yet with such broad sweeps and shelving precipices as to constitute grand features; while its general effect is heightened by the woody clefts and ravines which diversify and adorn it, and afford comparative security to the wild goats. A lambent flame, called by the natives “earbunculo,” is occasionally seen on the north side of the island, and is said to have been known only from the time of St. Pontianus, the high pontiff, who died there in exile. It appears to be an ignition of hydrogen gas similar to the flame of Yanar, so well described by my friend Captain Beaufort, in his excellent account of Karamania; a description which restored the chimaera of the ancients to the very spot they had invariably assigned it. The difference is, that the Sardinian is but casual in its appearance, while the other seems to have been constant for upwards of twenty centuries. 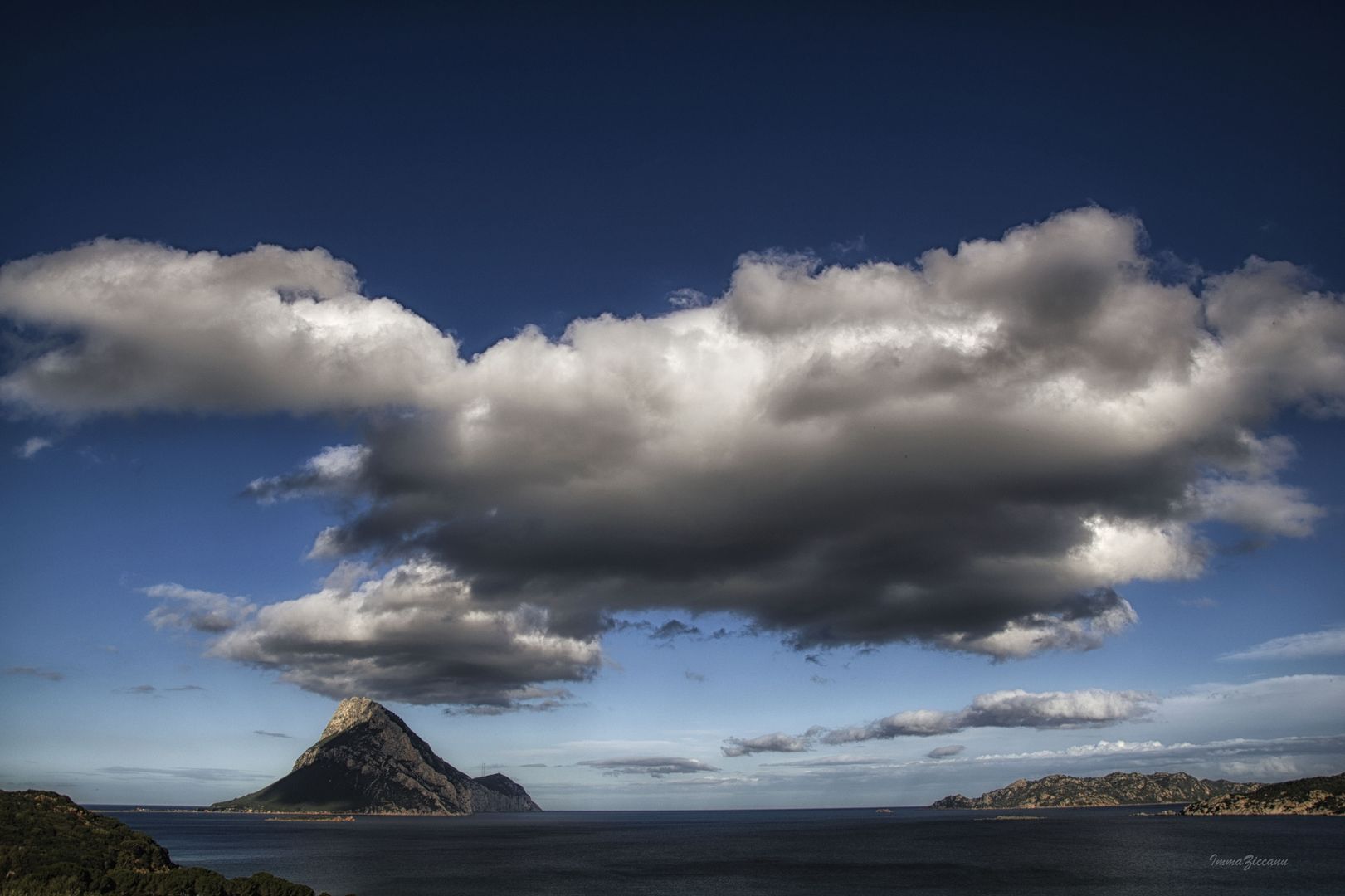